The Gear4music News section is where we bring you the latest news and guides. Here are our news writers and collaborators.

Sam is a trained journalist and copywriter who has a particular interest country, pop punk and rock genres. In her down time, you’ll find her binging the latest Netflix series with her dachshund, Stanlee.

Specialist in: Equality within the music industry
Favourite album of all time: Fearless – Taylor Swift
Fun fact: “I once met Natalie Dormer, got starstruck, and could only think to talk about her dog. She’s called Indie after Indiana Jones.”

Tom is an academic of music technology who has a particular interest in post-punk, shoegaze and stoner rock genres. His love of distortion/fuzz led to him writing a thesis studying distortion pedals and the words we use to describe them.

Specialist in: Pedals
Favourite album of all time: Flying Microtonal Banana - King Gizzard & the Lizard Wizard
Fun fact: ‘’I once nearly passed out from the volume at a Sunn O))) gig.’’

Brodie is a copywriter and freelance musician who has performed live across the UK and Europe. Alongside writing and recording his own music, he has worked as a stage technician at national events such as Live at Leeds and Latitude Festival.

Favourite Album of All Time: Bringing it All Back Home - Bob Dylan

Daniel is a copywriter and freelance producer / mix engineer who has worked in studios such as Abbey Road, The Chairworks and Beat Street.  In his down time, he is currently researching prior to beginning a PhD.

Fun fact: "I once met John Lydon in the sandwich section of Marks and Spencers."

Fun fact: “I once acted in a film with Bill Nighy – it was called the Limehouse Golem. Technically I was an extra, but I still taught him everything he knows.”

Maisie is a content writer who has recently completed her Masters in Music at the University of Hull. She is interested in pop and rock, writes a music blog, and spent her degree focusing on music journalism. You'll usually find her watering her house plants or doing a bit of online shopping.

Specialist in: Gender representation in music

Favourite album of all time: Hounds Of Love - Kate Bush

Fun fact: "I usually whip out the moves to the 'Ketchup Song' at every party - Emily Smurthwaite can vouch for this."

Michael is a content writer and resident baby of ‘Guitar Island’ (the guitar writers team). When he’s not obsessing over “Red Hot Chili Peppers - Live at Slane Castle”, you’ll likely find him wallowing in self-pity over yet another miserable Arsenal defeat. Probably to Burnley or something *sigh*.

Specialist in: Fender guitars and all things John Frusciante

Favourite album of all time: The Empyrean – John Frusciante

Fun fact: “Despite being allergic, I’ve spent most of my life living with cats in some twisted biological warfare attempt from my own family.”

Emily has a Level 3 Diploma in Digital Marketing, as well as a Distinction in Music Performance. In her spare time, she sings, plays guitar, is a passionate photographer and also loves creating digital artwork.

Favourite album of all time: The Beatles – 1 (Remastered)

Luke has been a musician since he first picked up a violin at the age of five. More than 25 years later, he's a gear-obsessed guitar and drums nerd, who also plays in several internationally touring punk rock bands, as well as producing, engineering and mixing tracks for other artists.

Specialist in: Absolutely absurd alliteration
Favourite album of all time: De-loused in the Comatorium - The Mars Volta

Fun Fact: "I once engineered a live show for Wes Borland, the guitarist from Limp Bizkit's side-project. I didn't realise until halfway through the show because he didn't have his face paint on."

Rob is a content editor, freelance copywriter, and all-round orchestral egghead. He loves all things to do with audio and frequently spends too much money on new gear. In his free time, Rob can be found wandering with a camera in his hand or playing his trombone alongside a brass band.

Specialist in: Orchestral music and instruments
Favourite album of all time: CARPENTERBRUTELIVE- Carpenter Brut
Fun fact: “My friends say, ‘this one time at band camp’ to me at least 20 times a day.”

Olive is a recent English Literature graduate who has played the violin since she was seven and enjoys folk music. She commutes from Wakefield, when working in the office, so in her spare time you can find her on the train! She likes reading and walking her dog on weekends.

Specialist in: Strings, particularly violin
Favourite album of all time: Wide Open Spaces – The Chicks
Fun fact: “I once fell over whilst on a run in such a dramatic way that a very nice lady pulled over her car to check I was okay.”

Adam is part of our High Tech purchasing team and he regularly helps with the social media, YouTube video production, and creating great office playlists.

Adam graduated from university with a degree in Music Technology. He has over a decade of experience in the music industry, including playing in various bands across the UK, touring as a backline tech and tour manager, and producing videos.

Adam also writes for various alternative webzines where he reviews albums, gigs, and festivals across the country. Adam recently picked up a beautiful ESP hollow-body, much to the envy of the Gear4music guitar staff.

Matt is our Marketing Executive. Having worked as a session guitarist and teacher, Matt has spent years (and a good deal of his income) trying to sate his insatiable Gear Acquisition Syndrome, with a particular interest in guitar and studio equipment. As it turns out, all that time enthusing about gear has helped him greatly with the marketing at Gear4music.

Matt is a classically-trained guitarist who quickly found the 'dark art' of the electric guitar. He performs as a classical guitar soloist, as well as on the electric/acoustic guitar in musical theatre, big bands, orchestras, function bands, originals projects, and more.

Matt's former roles have included web development, music education, music production, and marketing. His favourite guitar is a Telecaster ("it's simple, like me").

Toop is our Web Content Manager. As well as managing a team of extremely busy web content writers, Toop often helps out with social media, finding exclusive stories to broadcast to our customers.

Toop has over 19 years’ experience of bass guitar and has played in many bands across the UK supporting The Beat, The Skints, Ruts DC and many more. She has a particular penchant for Reggae, and has even tackled the mighty job of covering Flea's bass guitar parts in a RHCP covers band.

Toop has hands-on experience in managing bands, events and their online presence. She has a University background in Product Design and Management.

For any comments or queries about our news channel please contact: editors@gear4music.com 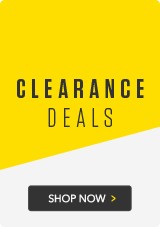