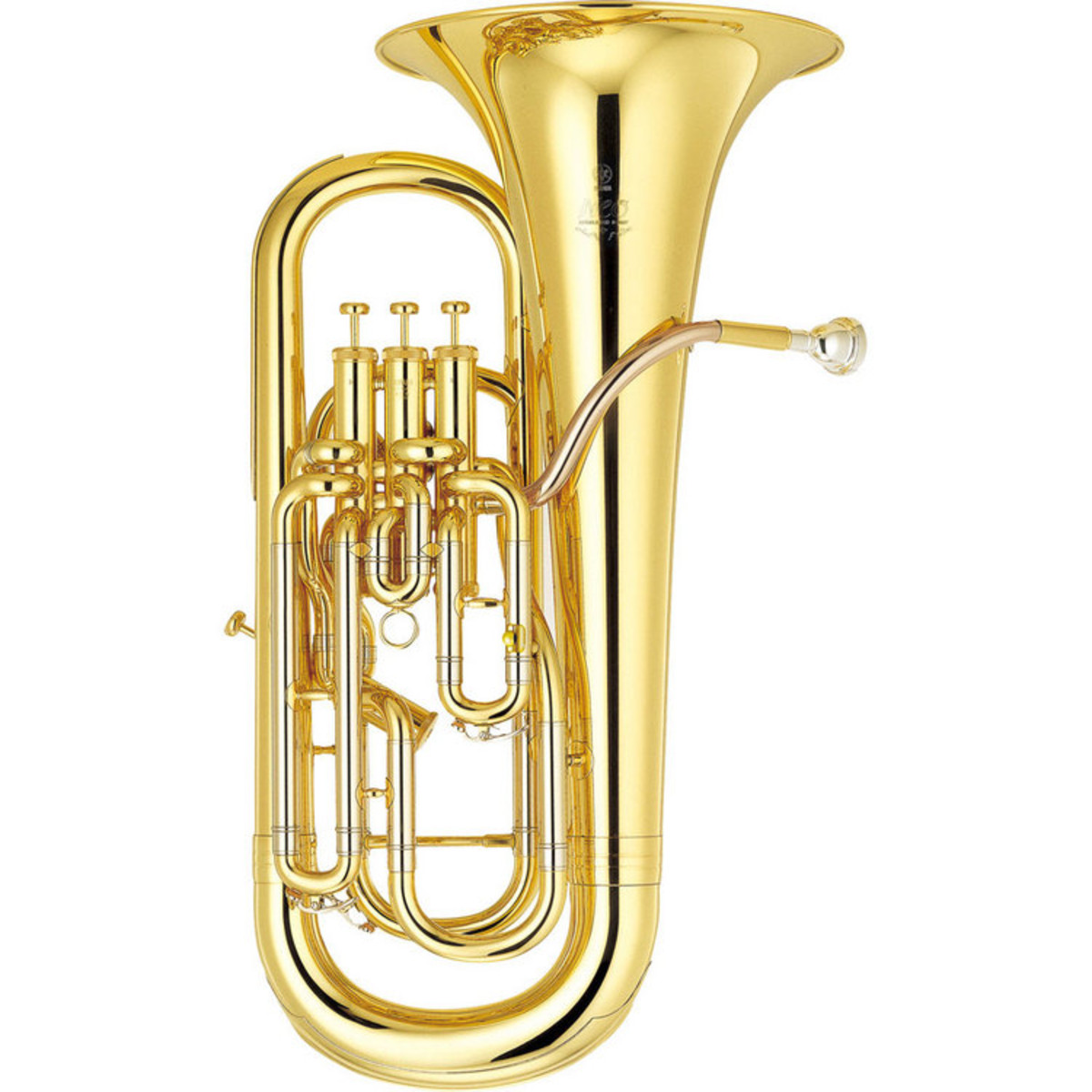 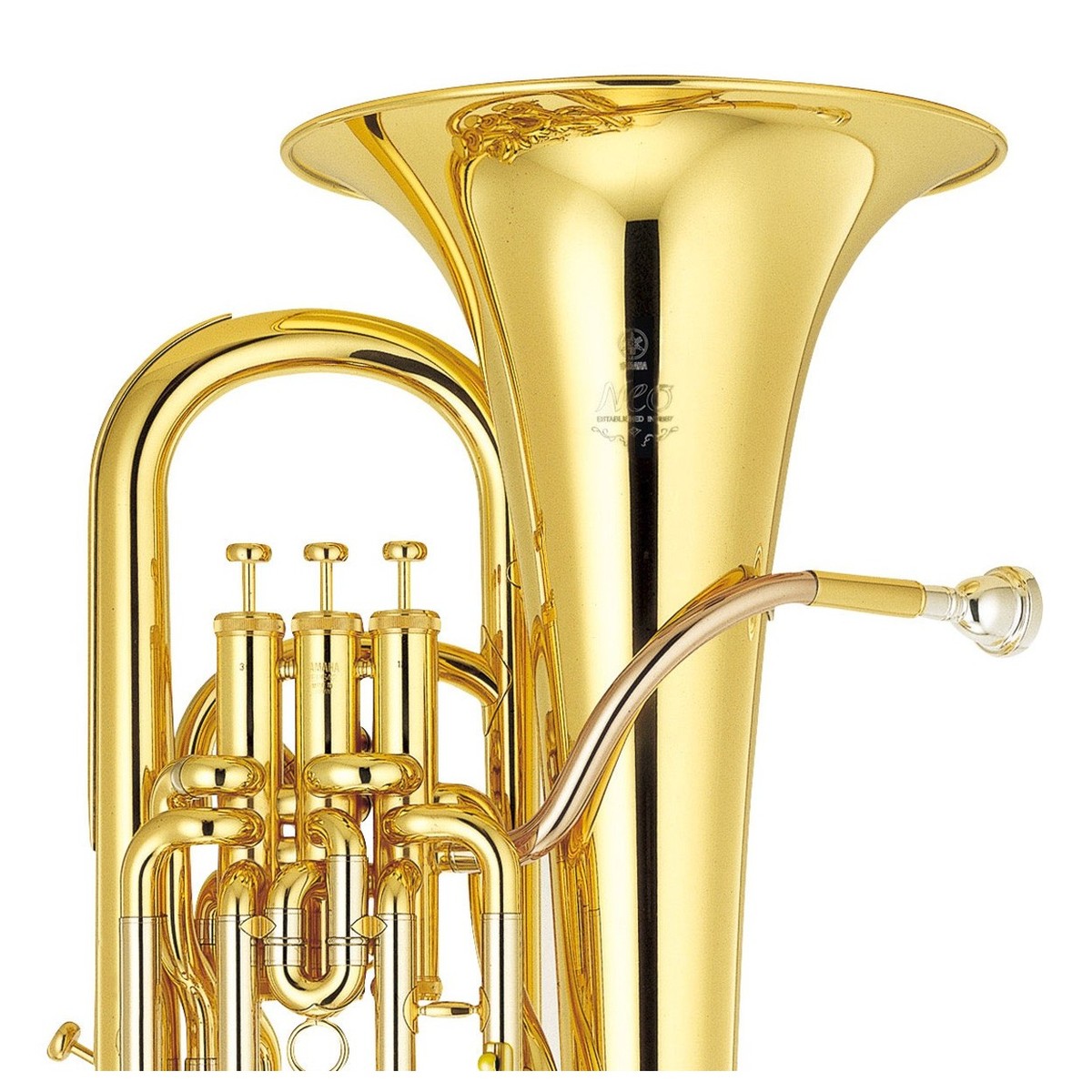 The Yamaha YEP642II Neo Professional Euphonium, Gold is one of Yamaha's finest euphoniums. Every part of the instrument has been re-evaluated and redesigned by Yoshihiko Matsukuma - one of Yamaha's leading tuba and euphonium designers. By working alongside numerous competitive brass bands throughout the UK and consulting with professional players, Yamaha has created a euphonium that offers a broader, softer sound, whilst being even more comfortable to play.

Design innovations include an overhaul of the main tubing shape, balancing playing resistance and maintaining a powerful tone throughout the range of the instrument. A redesigned hand-rest and ergonomic improvements to the valve positionings ensure that this is a euphonium that is comfortable to play for long sittings. The YEP-642II is finished with a gorgeous clear lacquer, subtly warming the tone, and giving a timeless aesthetic.

The Neo story began with requests from pro players to Yamaha, asking for an instrument with a broader palette of sounds available - a euphonium with better expressive capabilities than what was currently available on the market. Yamaha tasked brass instrument designer Yoshihiko Matsukuma with developing a new line of euphoniums to meet these needs. He designed and built a collection of prototypes in Japan before travelling with them to the UK for a series of road tests in British brass bands.

Matsukuma strived to balance tone and resistance, and carefully walked a tightrope of making blowing resistance comfortable in all registers whilst keeping the tone from becoming too harsh. He also prioritised improving the accuracy of intonation and the smooth connection of notes. By working with competitive euphonium players at a variety of bands and standards, Yamaha has ensured that the Neo series suits the need of real performers.

The Neo euphonium is intended to deliver the perfect sound for British brass band settings. In the research and development phase, Yamaha consulted Steven Walsh, who is Principal Euphonium of the Brighouse and Rastrick Band; and Bill Millar, who is now a professor at the University of Salford, and has been playing euphonium at the top level since the late 1970's. Their insights and feedback were invaluable in shaping the tone and performance of what became the YEP-642II.

Yamaha also sought the advice and feedback of many amateur brass band players in the UK. This was to see the way normal brass band euphonium players responded to the instrument, so as to create an instrument which met the needs of ordinary players. By doing this, Yamaha have managed to create a euphonium with great, easy intonation, and a tone which blends perfectly with brass ensembles.

The instrument's main tube utilises a new design which encourages a more even resistance and helps to deliver a more powerful low range. A large-diameter bell improves dynamic range and projection, allowing for more expressive playing.

The YEP-642II comes included with a Yamaha SL-51L mouthpiece, and a euphonium hard-shelled case. This excellent quality mouthpiece offers fantastic precision, with a smooth attack, great control, and a vast, crisp tone. The large cup volume and inner rim diameter offers a dark timbre, perfect for brass ensembles. The case is designed to keep your instrument safe from knocks and scrapes and will ensure your euphonium looks and plays like new for years to come.