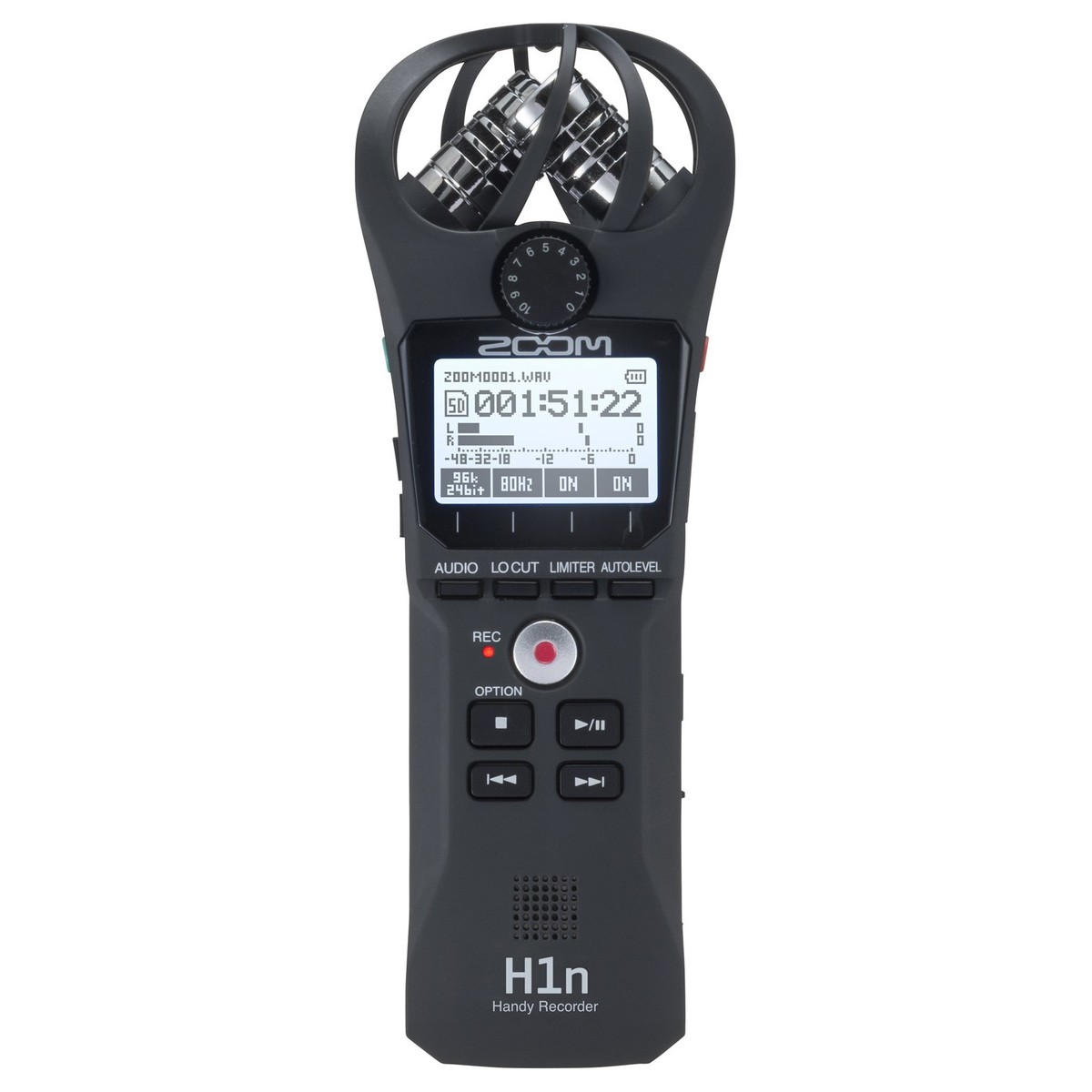 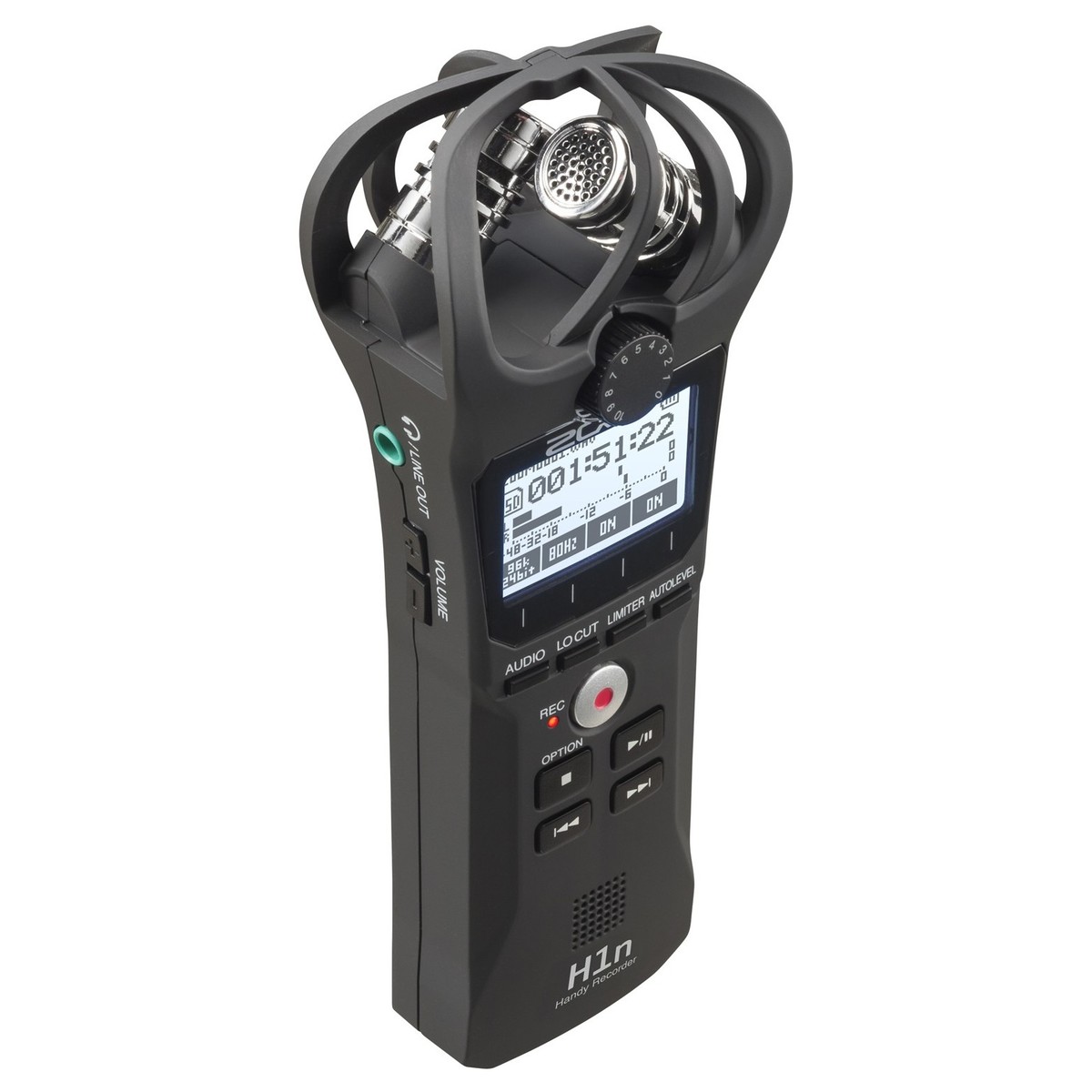 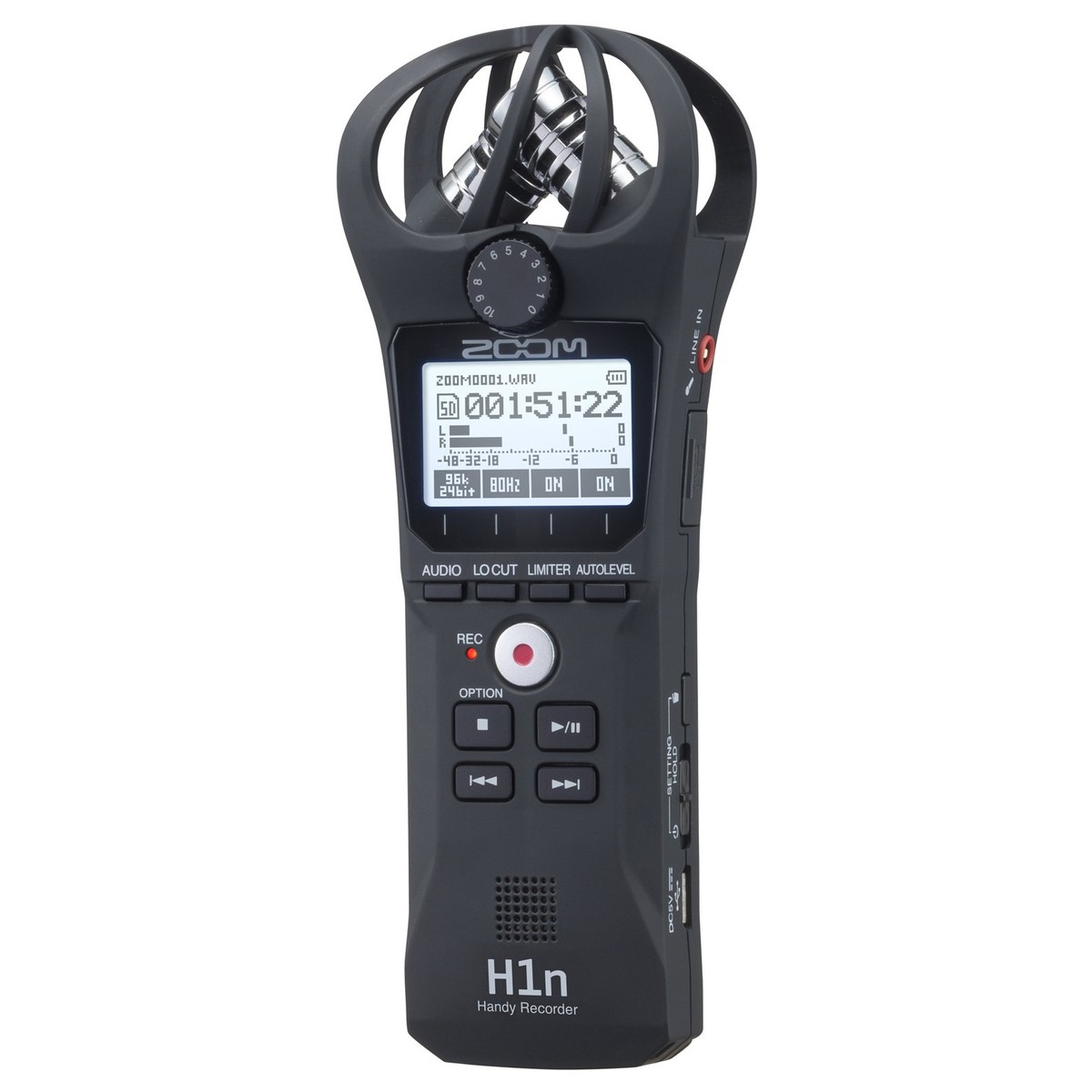 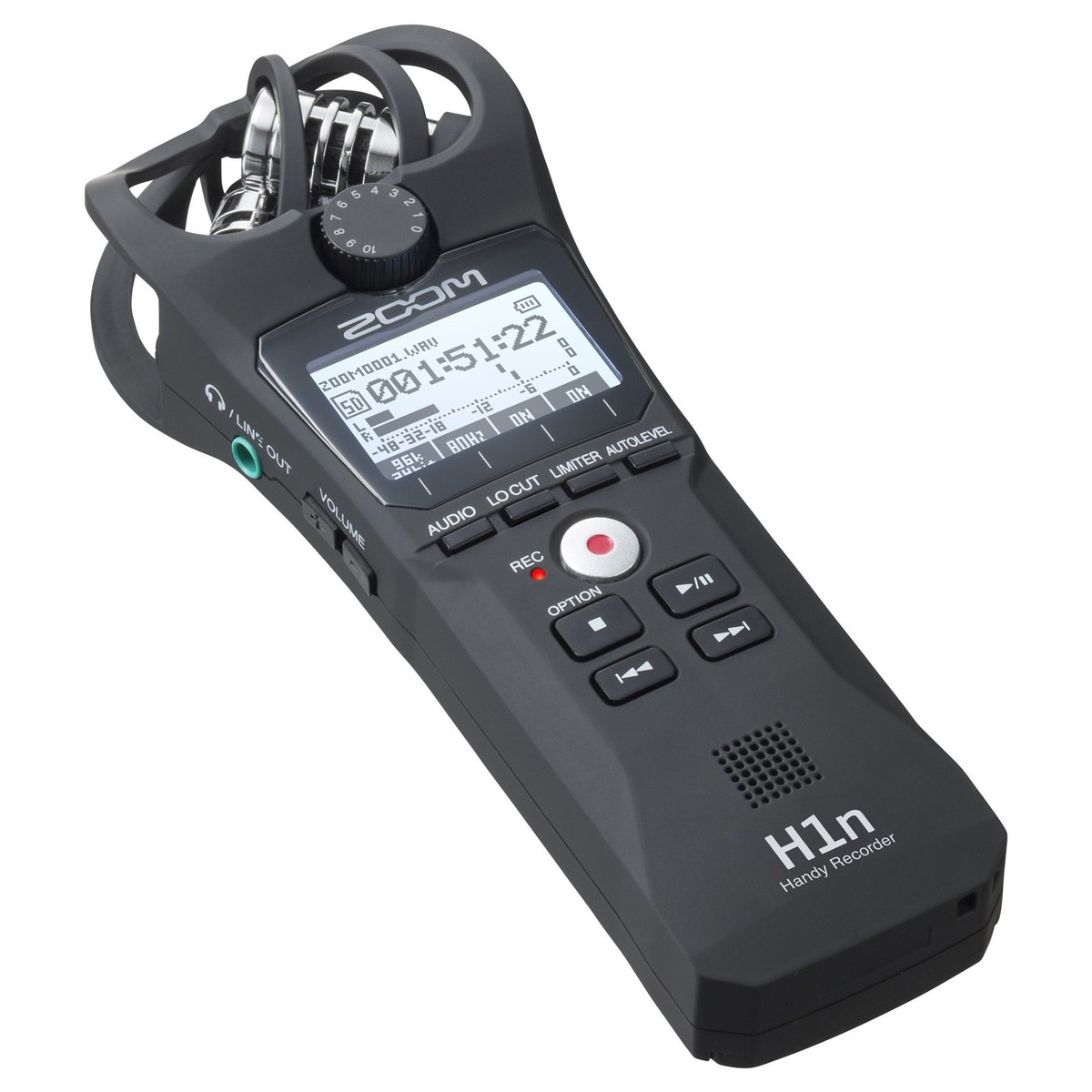 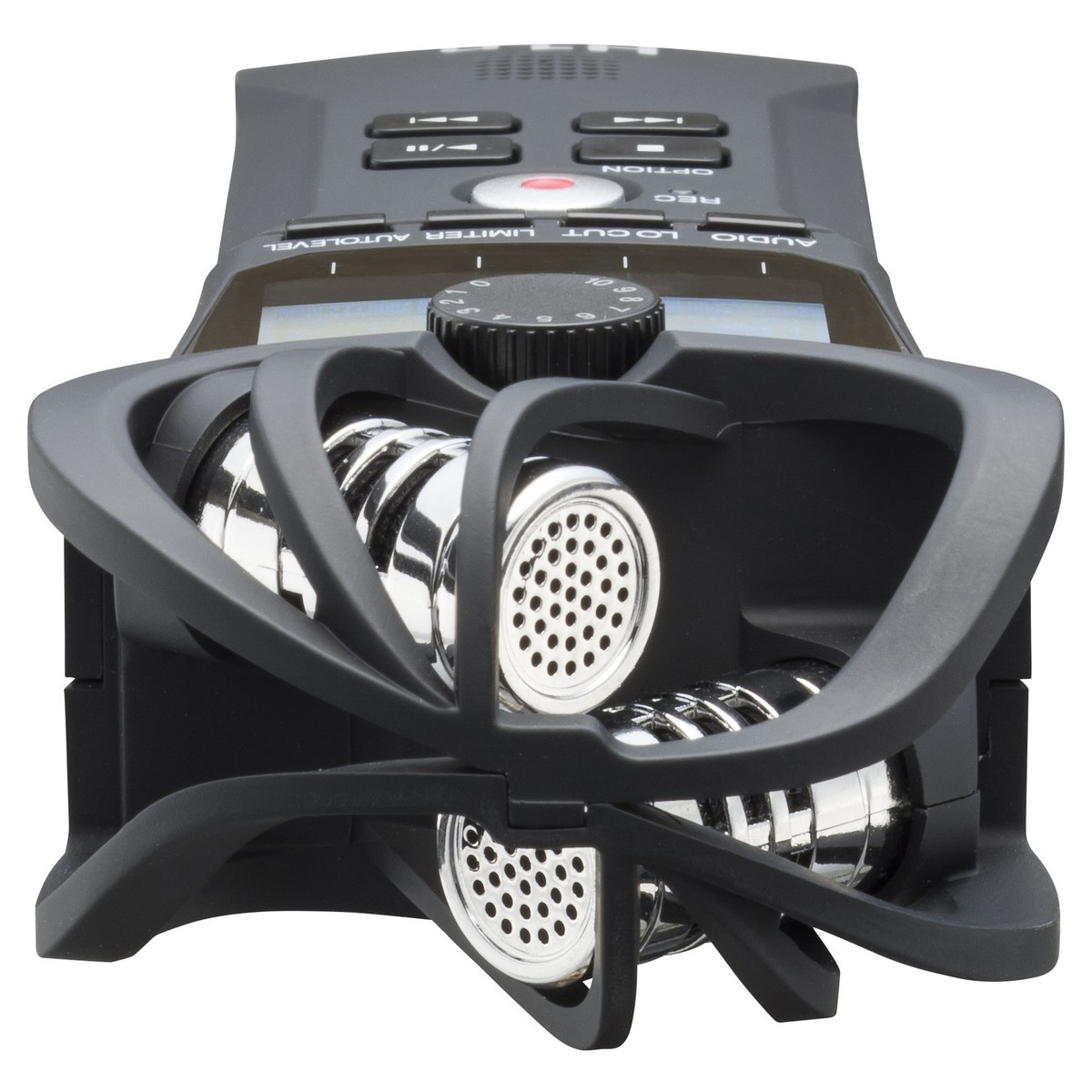 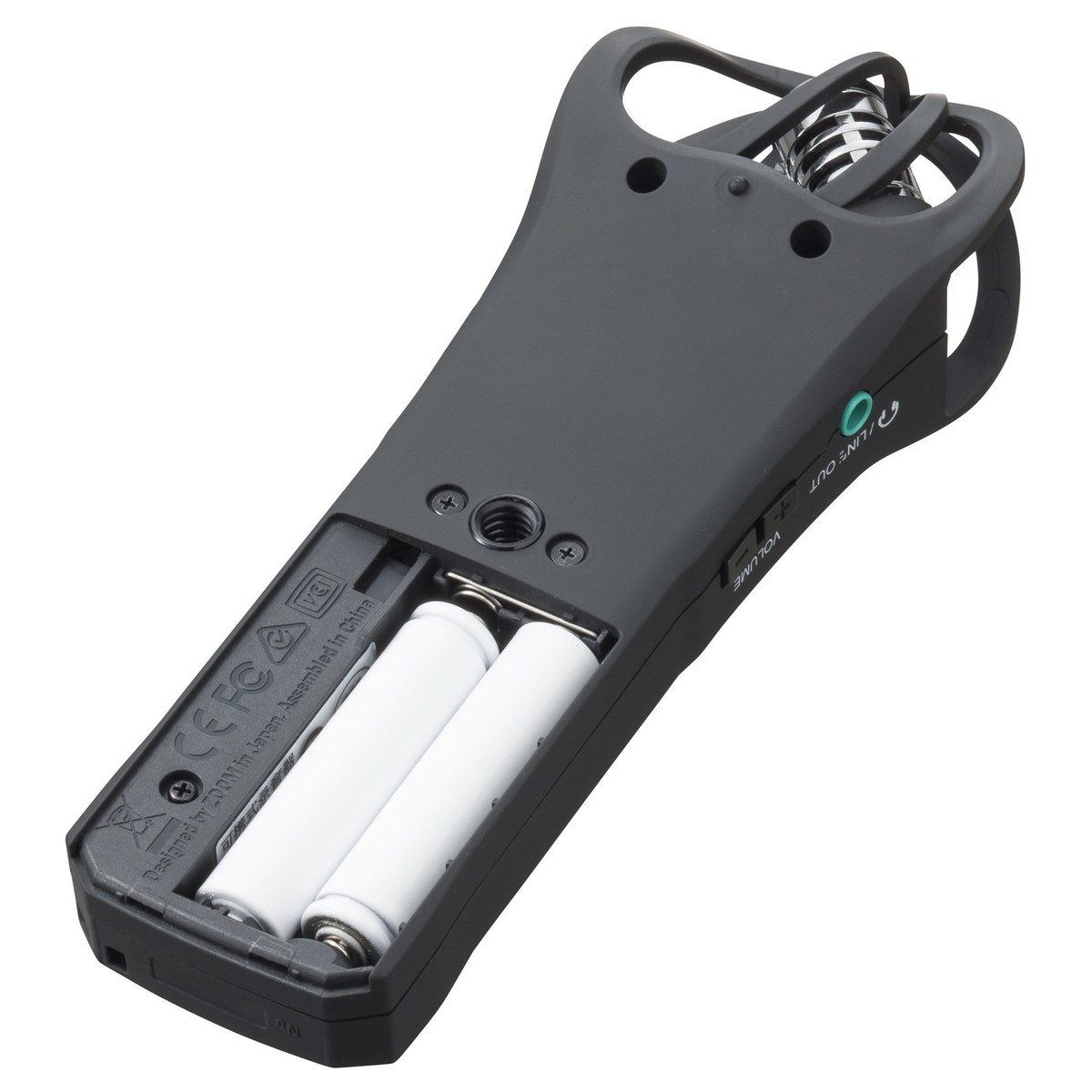 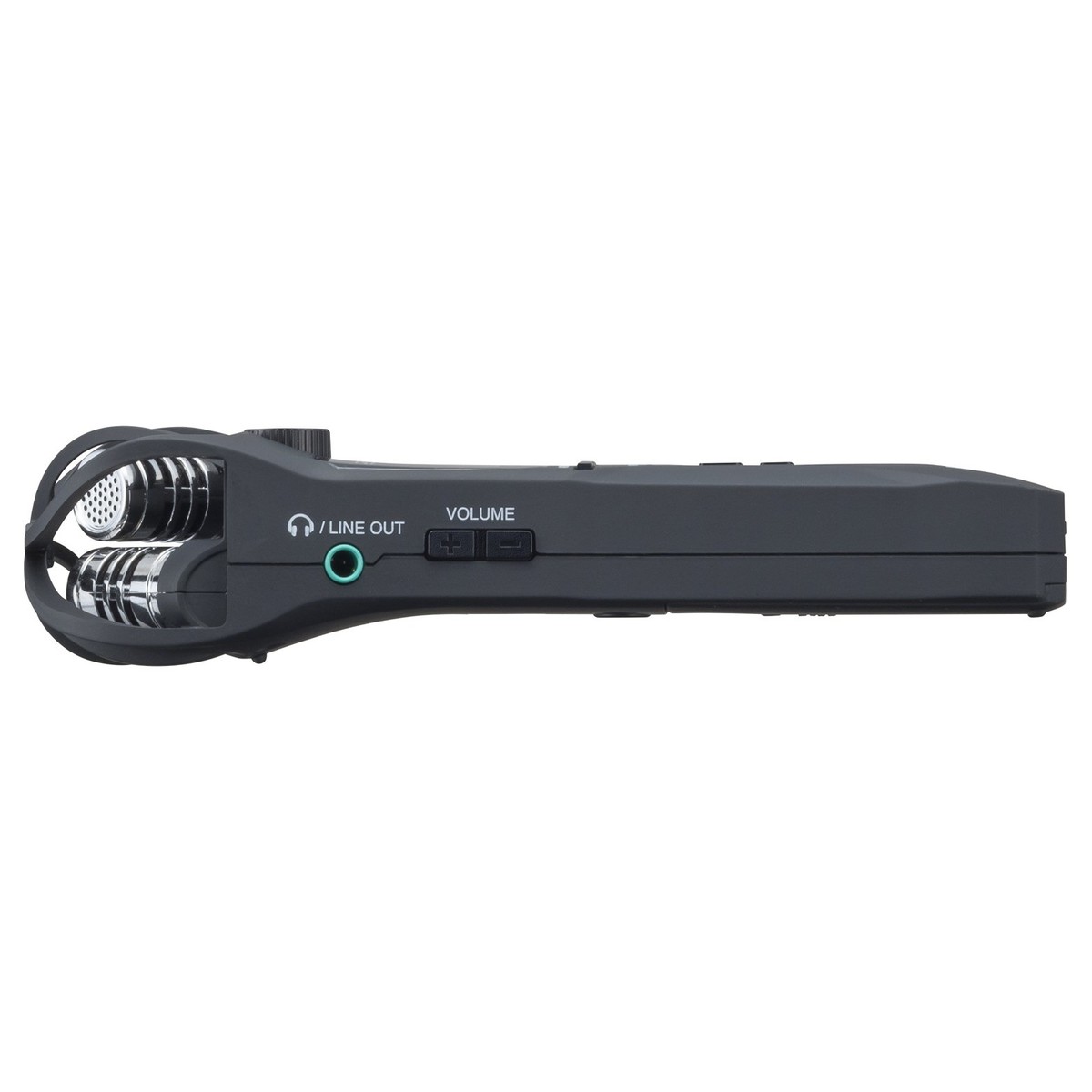 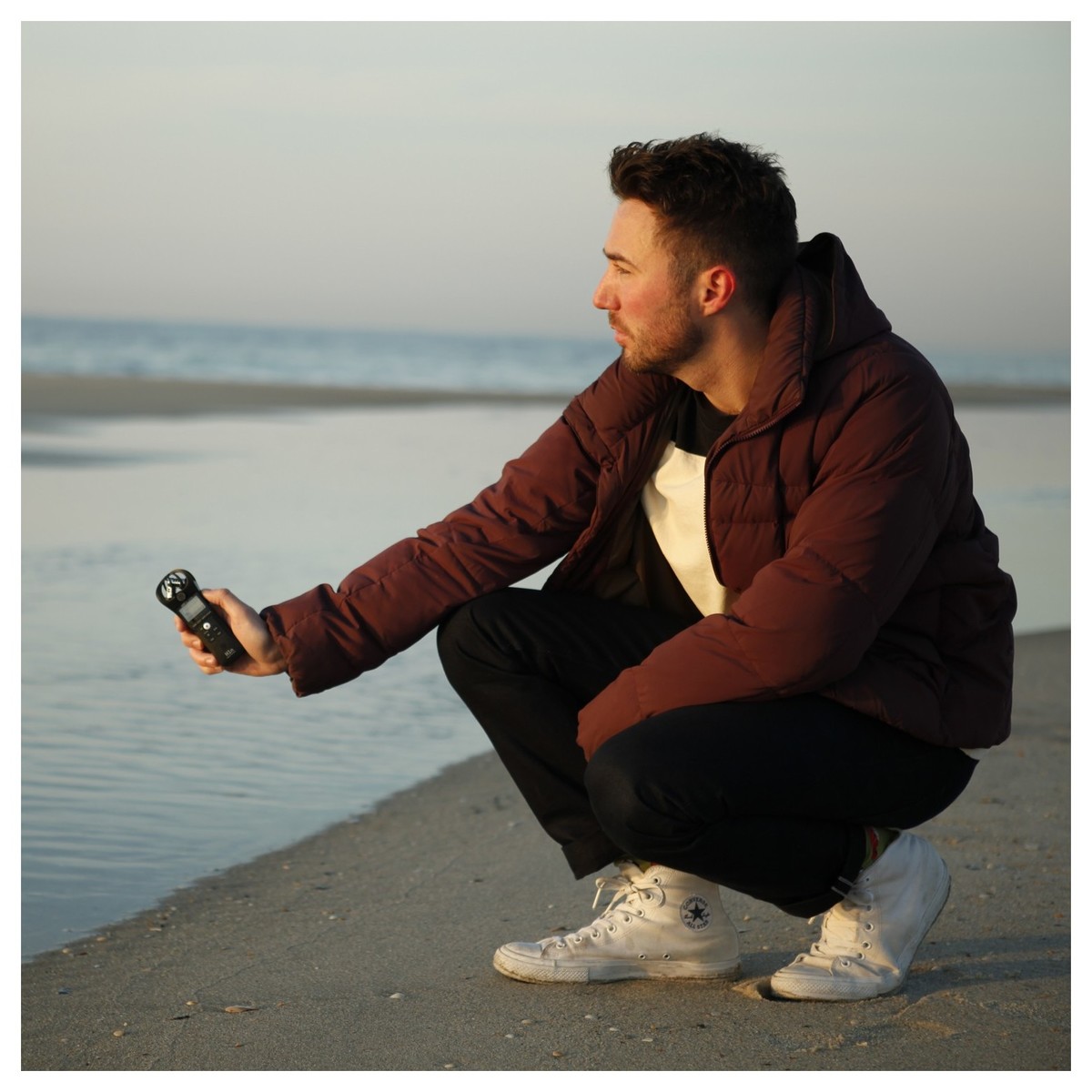 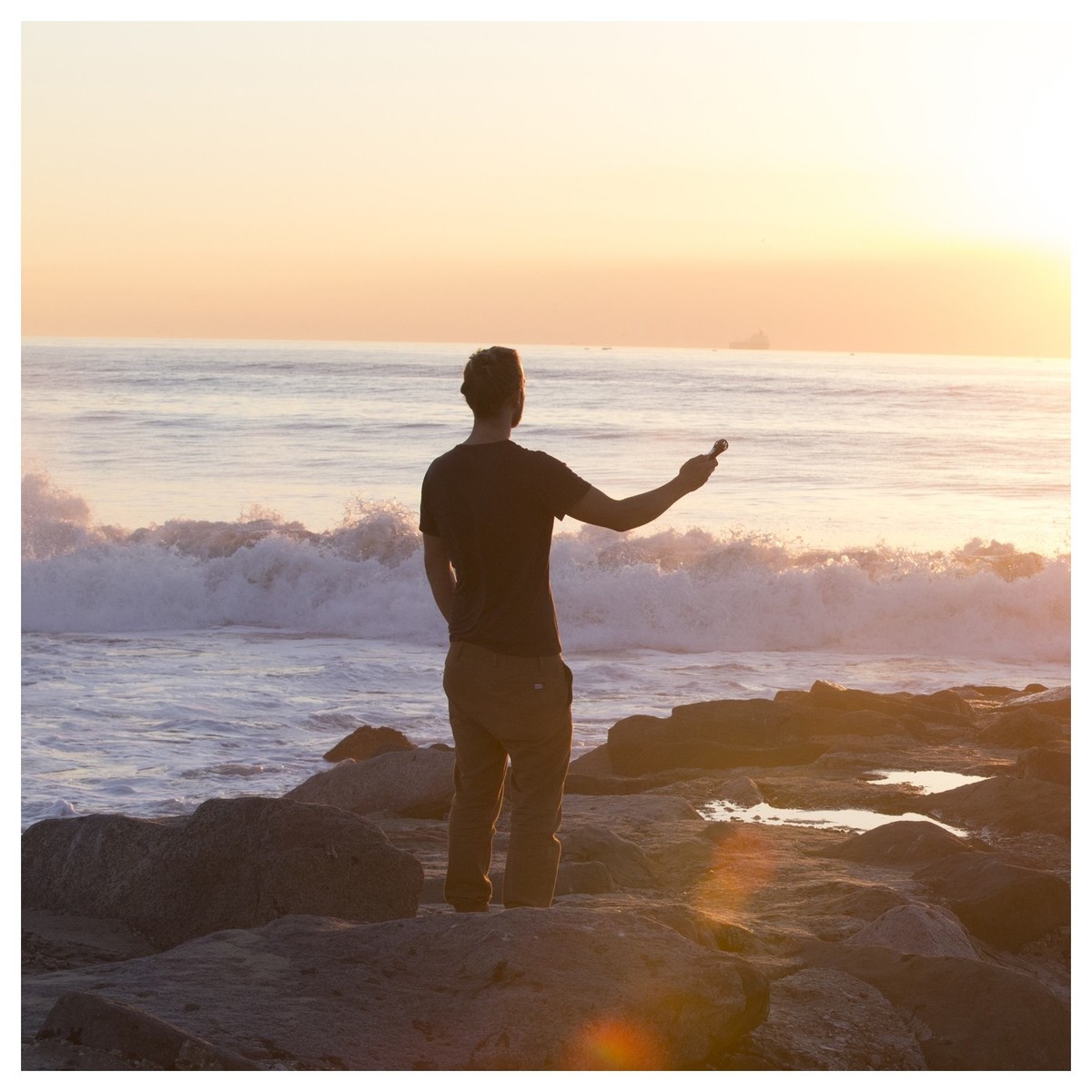 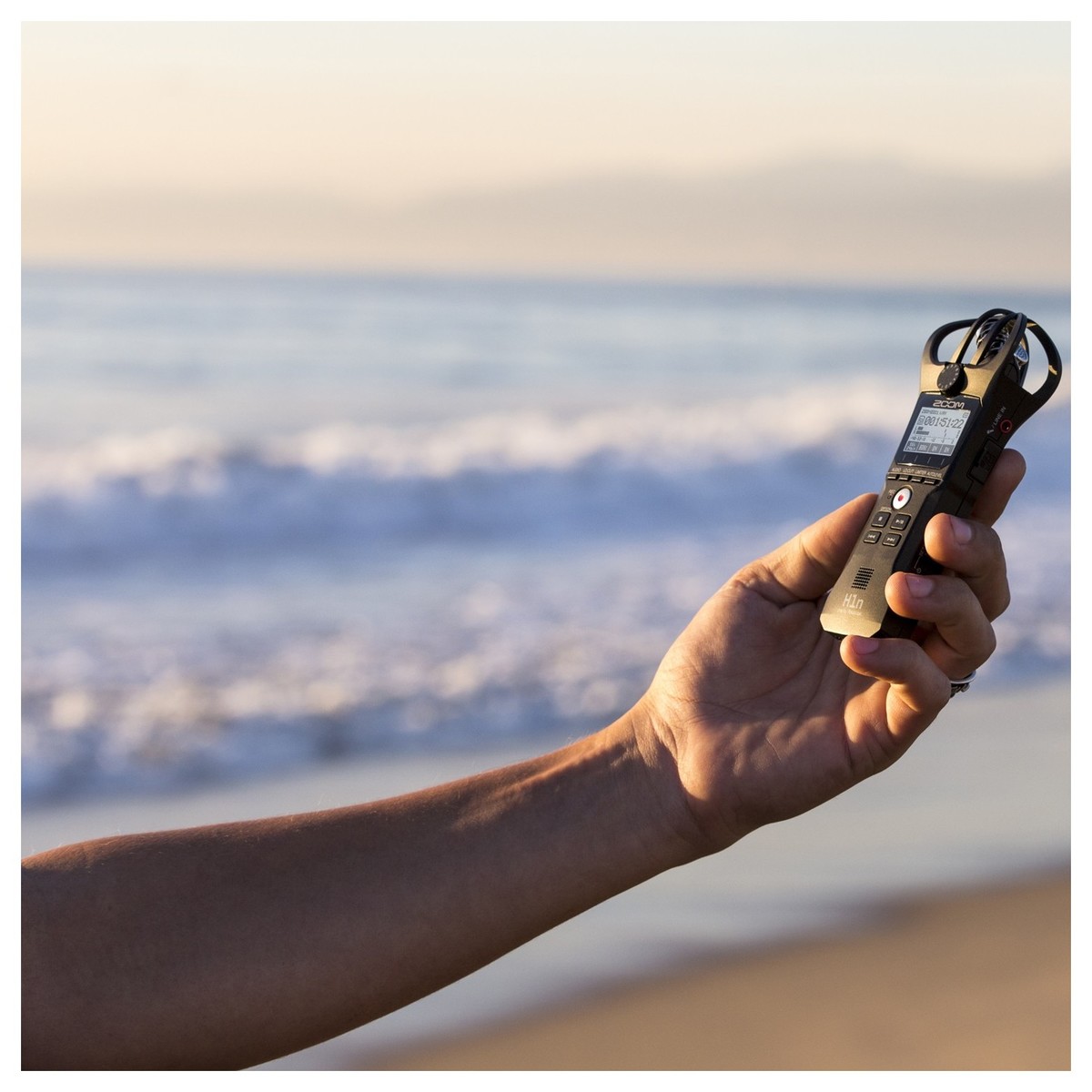 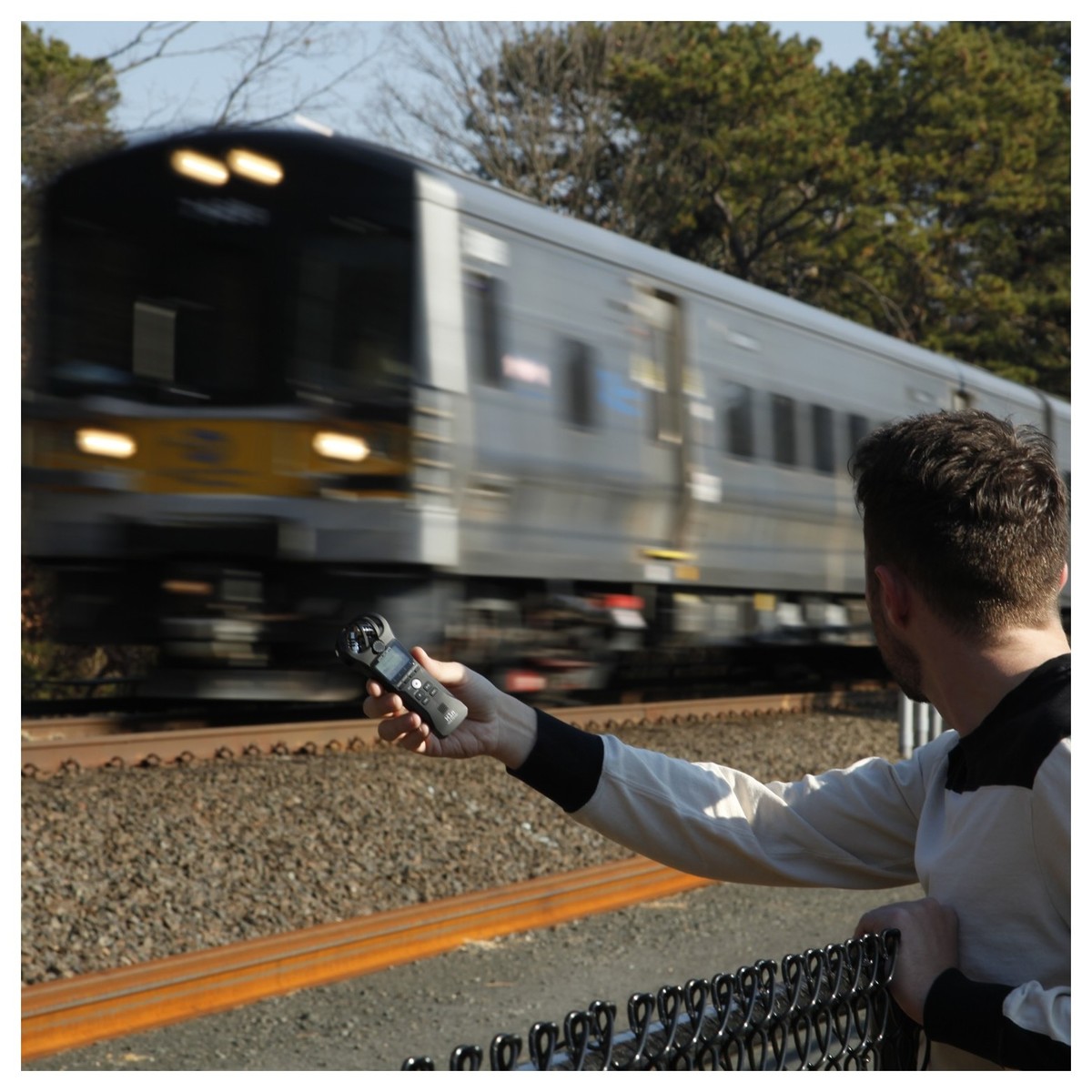 $90.60excluding VAT
20+ in stockDelivery Information
Item in stock and available for dispatch

The Zoom H1n features a brand new interface, with one-touch controls that make it easier than ever to record song, capture live performances, podcasting and more. The LCD display has also been improved upon from the original version, with a bright new monochromatic 1.25-inch screen.

Exceptional audio fidelity on the move

The Zoom H1n Recorder builds on the success of the original Zoom H1, featuring a wide range of enhancements and improvements. The H1n features the same X/Y microphone configuration as its predecessor, allowing you to capture recordings up to 24-bit/96kHz sample rates for optimal audio fidelity.

The X/Y microphones provide an immersive stereo field that captures the essence of your source audio, ideal for everything from live performances to capturing your own music, podcasting and more. It can also record in both WAV and various MP3 formats for optimal versatility. The X/Y microphones are stereo condenser microphones in the 90-degree stereo format.

One touch-controls and new improvements

One of the most prominent modifications is the new layout and user interface, comprised of a new monochromatic 1.25-inch LCD display and one-touch button controls. The new one-touch controls make it easier than ever to record songs, samples, live performance, lectures, podcasts and more.

The new monochromatic LCD display makes it easier to monitor your settings and even in the brightest lighting conditions, ideal for use outdoors and more. The protective mic enclosure is also a new addition, with a streamlined body and matte finish.

The Zoom H1n also boasts a wide range of on-board features to enhance and optimise your audio recordings. Limiter and auto-level buttons are included for optimising your audio performance, ensuring your sounds do not clip and distort, even when recording high level audio sources.

The recorder provides 120dB SPL of distortion-free recording for a range of applications. The Voice Emphasize Filter and Stereo overdubbing functions make it easier to cater to various recording situations.

The stereo overdubbing function allows you to add unlimited layers of audio for richer and fuller sounding recordings. The Playback Speed function allows you to transcribe music and other recording without altering the pitch. Other functions include auto-record, pre-record and self-timer, ensuring you capture the moment without fail.

The H1n audio recorder comes complete with recording software to get you started straight out of the box. A free download licence is included for Steinberg’s Cubase LE music production software and WaveLab LE audio editing software. Cubase LE is ideal for musicians, allowing you to incorporate recordings into your productions, as well as applying effects, filters and more. The WaveLab LE is more focused on audio editing, allowing you to get the most out of your recordings.