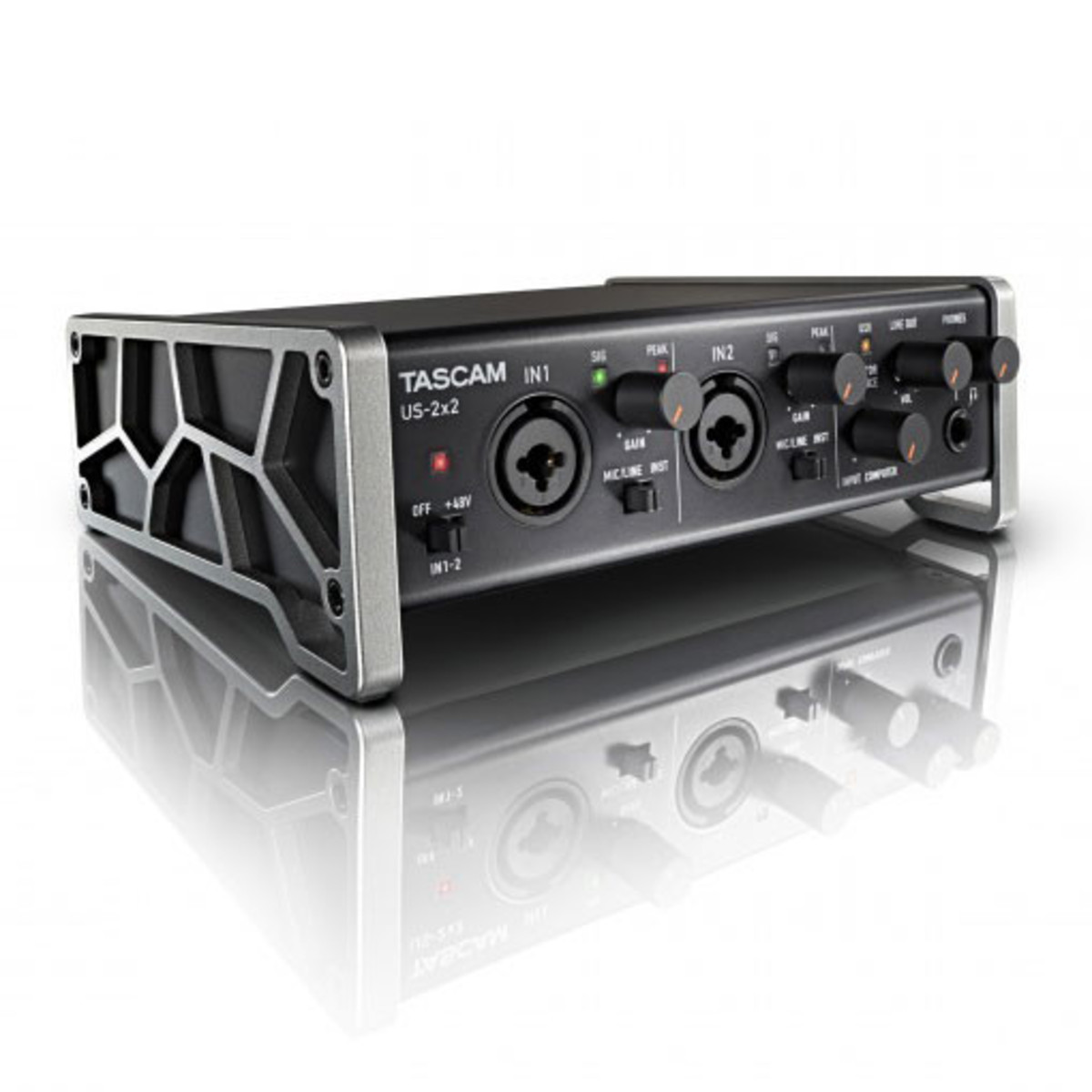 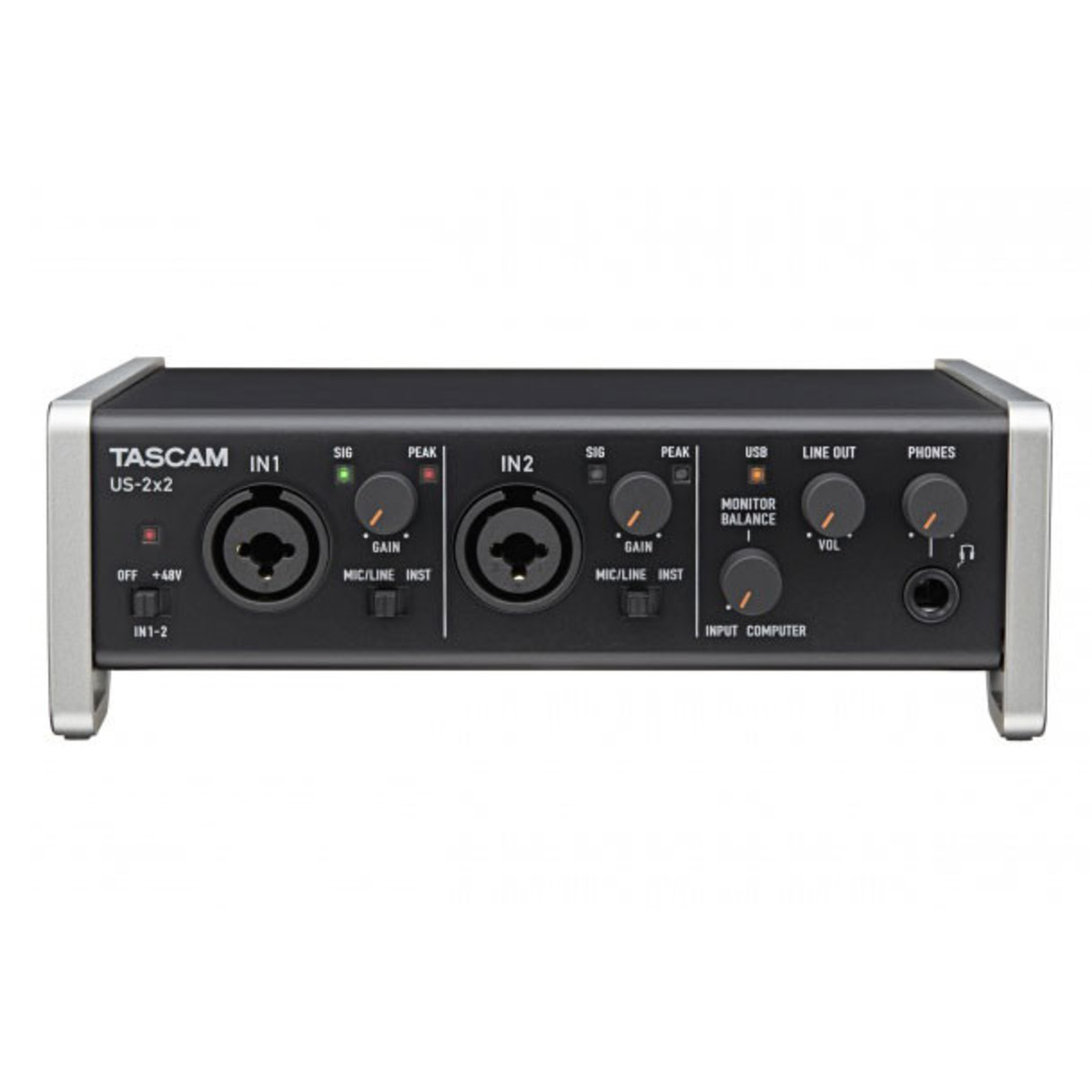 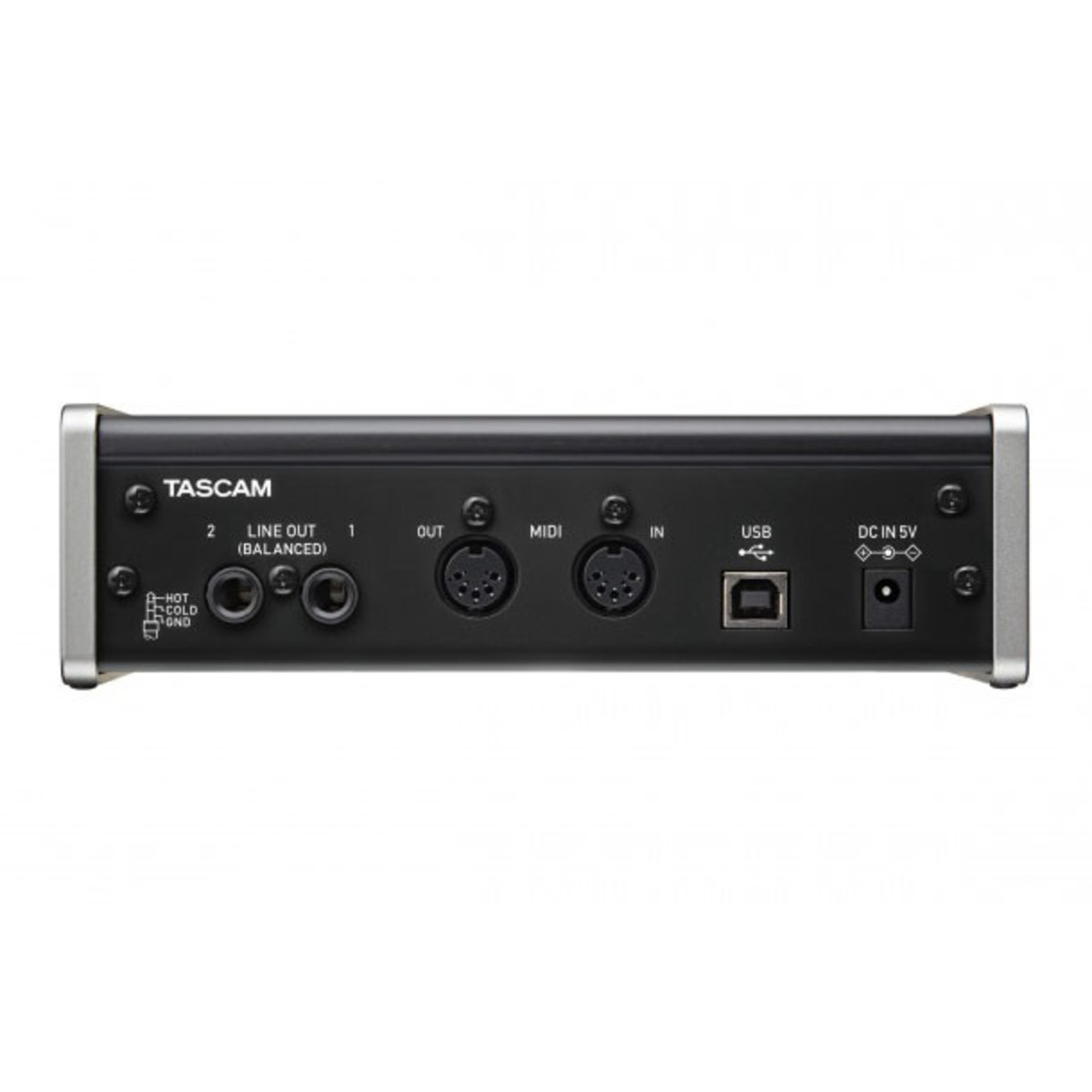 $158.25excluding VAT
10 in stockDelivery Information
Item in stock and available for dispatch

The Tascam US-2x2 USB Audio Interface features two high quality Ultra HDDA Mic Preamps and NE5532 op amps which allow the interface to deliver performance well beyond anything else in its price range. Class compliant plug and play drivers mean interface set up is quick and easy with a wide range of devices from PC to iOS. The free bundled Cakewalk and Abelton software helps you get started fast but can also be upgraded to more advanced versions. Alternatively, you can use your own favourite recording application from leading DAW software compatible with the US-2x2.

The Tascam US-2x2 USB Audio Interface features discrete Ultra HDDA Mic Preamps which deliver low noise and low distortion with a signal to noise ratio of 101dB and gain range of 57dB. This wide gain range makes them ideal for both dynamic and ribbon microphones as well as condenser microphones. The Ultra HDDA Mic Preamps are the cleanest, quietest and best-sounding from any interface in their range.

Robust, in-house Tascam developed drivers make installing the US-2x2 quick and easy. Built in class compliant drivers mean the unit can be used on many computers without first installing a driver and also allows use with various tablets. Using an Apple Camera Connection Kit the US-2x2 can be connected to iOS devices to then make use of the thousands of audio apps such as Garage Band or Tascam's Portastudio. Class compliant drivers also allow the interfaces to be used with Android and Windows tablets.

The US-2x2 USB Audio Interface includes both headphone and line output volume controls that can be set at an optimum level during operation, even when both powered monitors and headphones are connected.

Standard MIDI input and output connectors allow connection with the thousands of keyboards, drum machines, controllers, and other sources that employ MIDI connectors.

The Tascam US-2x2 includes both Cakewalk SONAR X3 LE and Ableton Live 9 Lite, either of these can be upgraded to more advanced versions. The interface operation has been tested with all leading DAW software such as SONAR, Pro Tools, Cubase, Live, Studio One and Garage Band meaning you can use the US-2x2 with your favourite recording application, not just the bundled software.