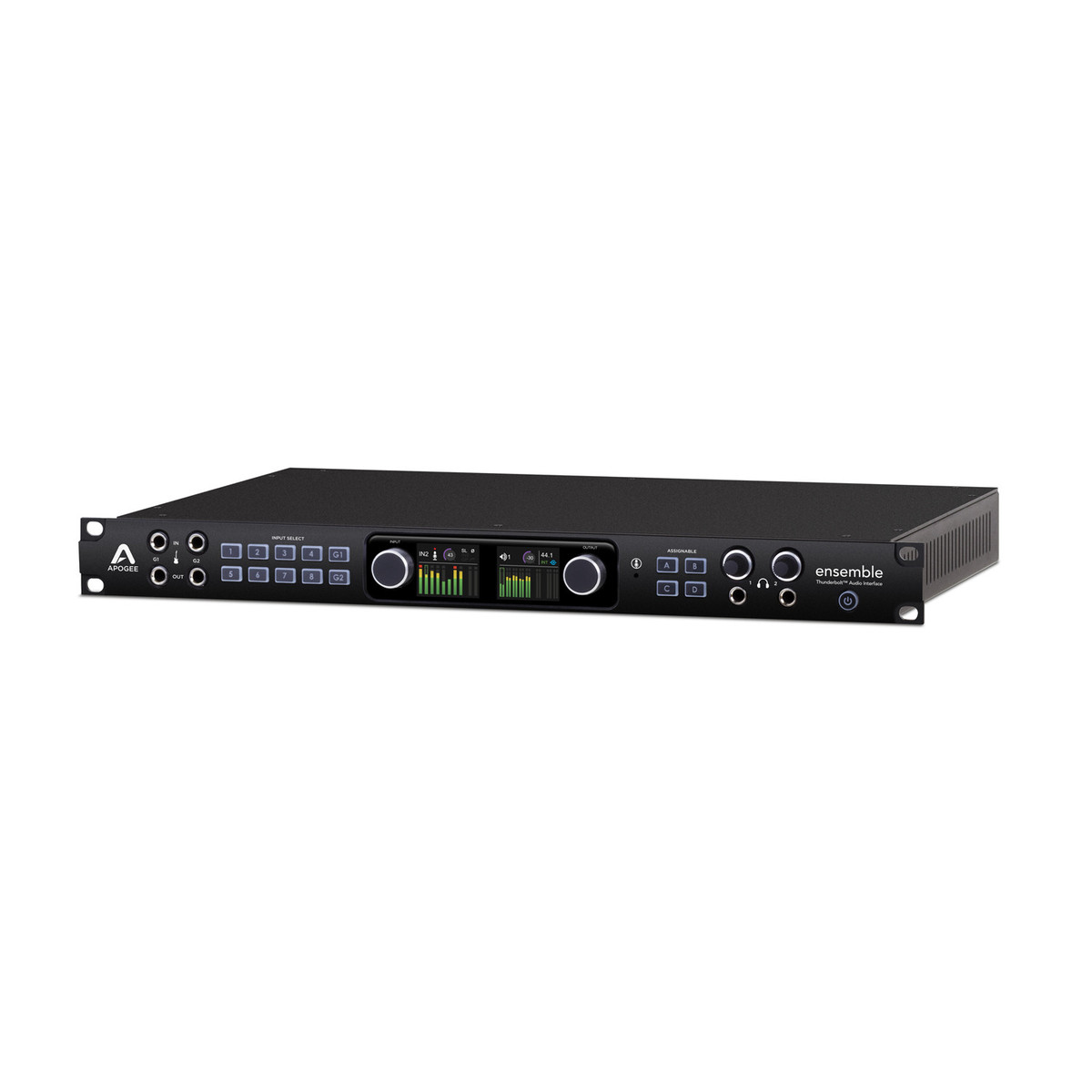 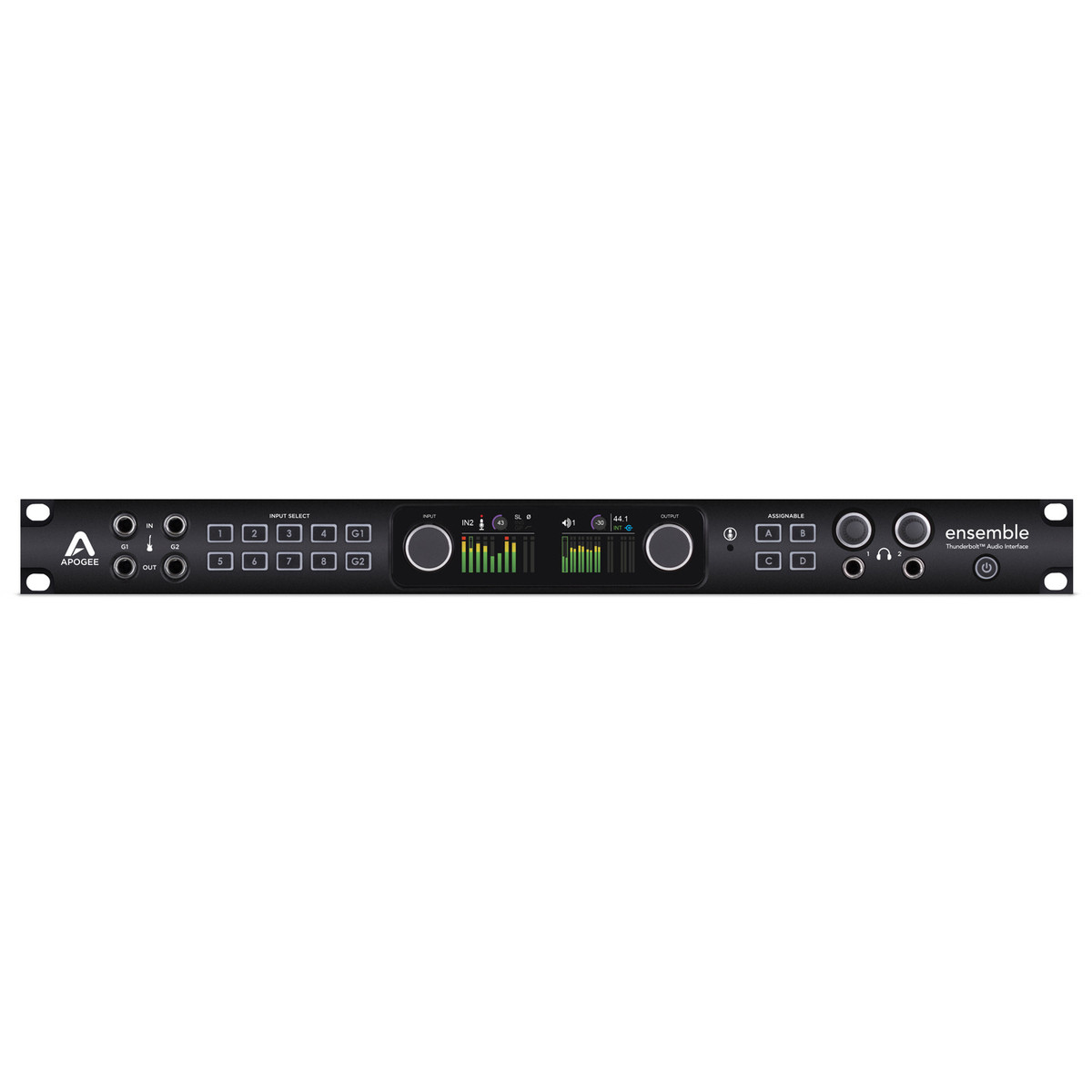 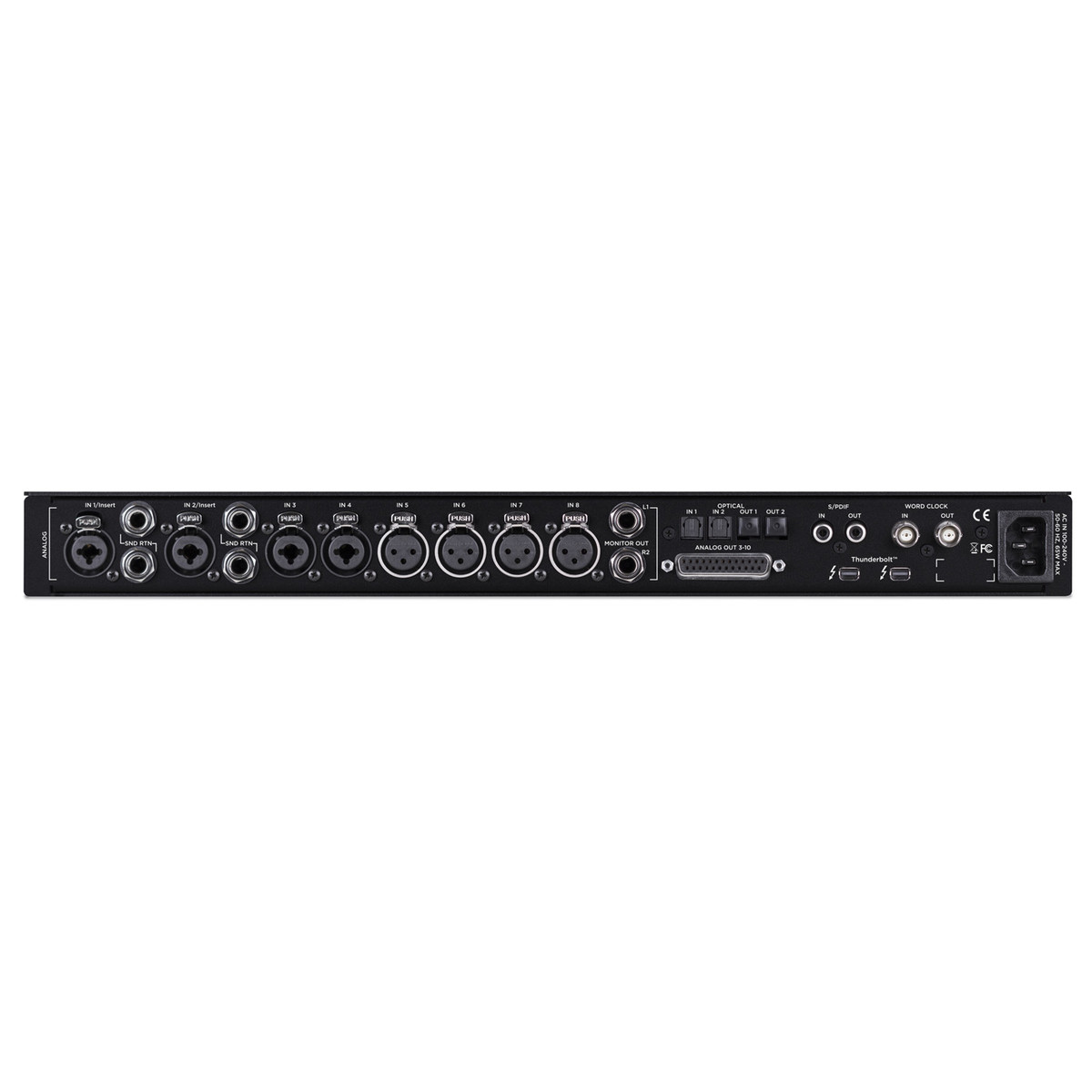 Ensemble's proprietary Thunderbolt driver has been written from the ground up for Mac OS X Mojave, resulting in unmatched performance and efficiency. Latency has been reduced to an astounding 1.1ms round-trip (96kHz / 32 buffer setting ), allowing you to monitor through your DAW, plug-ins included, simplifying your workflow and leveraging the power of your Mac. Even when your session's DSP demands require a higher buffer setting, Ensemble's ultra-low latency means no longer having to choose between power and speed.

Ensemble's custom driver includes two innovative features to maximise the performance of the software-hardware interface: a full 32-bit signal path from the output of your DAW straight to the high-performance ESS DAC, and a revolutionary Direct Memory Access (DMA) engine to more efficiently read and write data directly to Mac memory independent of the Mac CPU. The DMA engine, running on Ensemble's hardware logic chip, reads digital audio data directly from your Mac's memory in a 32-bit format, increasing the driver's efficiency and providing the highest resolution signal possible to the DAC stage. This implementation allows the driver to crunch an enormous amount of data at an amazing speed, while making a very light demand on your Mac CPU. You benefit with lower latency, more plug-in power, and a transparent and encompassing listening experience.

Intel's Thunderbolt™ technology was made for connecting multiple high bandwidth peripherals to your Mac. Ensemble includes two Thunderbolt™ 2 ports for conveniently connecting hard drive arrays, video capture devices and Thunderbolt monitors with up to 4k resolution from a single port.

A Difference You Will Hear

Apogee is an award-winning industry leader in digital recording technology with over 25 years of experience. Preferred by recording pros around the world, Apogee products like Duet, Quartet, the original Ensemble and Symphony I/O have been instrumental in creating countless GRAMMY® and OSCAR® winning recordings and have set the industry standard in professional recording for over two decades. Ensemble is built solidly on this reputation.

From the mic preamps to the AD/DA converters and the clocking, Ensemble is best-in-class and cutting-edge Apogee technology. With components carefully selected in critical listening tests and a highly efficient circuit design, Ensemble was built by Apogee engineers to make a difference you can hear.

Ensemble's analog-to-digital conversion stage has been upgraded from previous generations of Apogee products such as Duet and Quartet to provide greater dynamic range, lower distortion and an almost non-existent noise level.

For detailed specifications please download the PDF from the button at the top of this page.