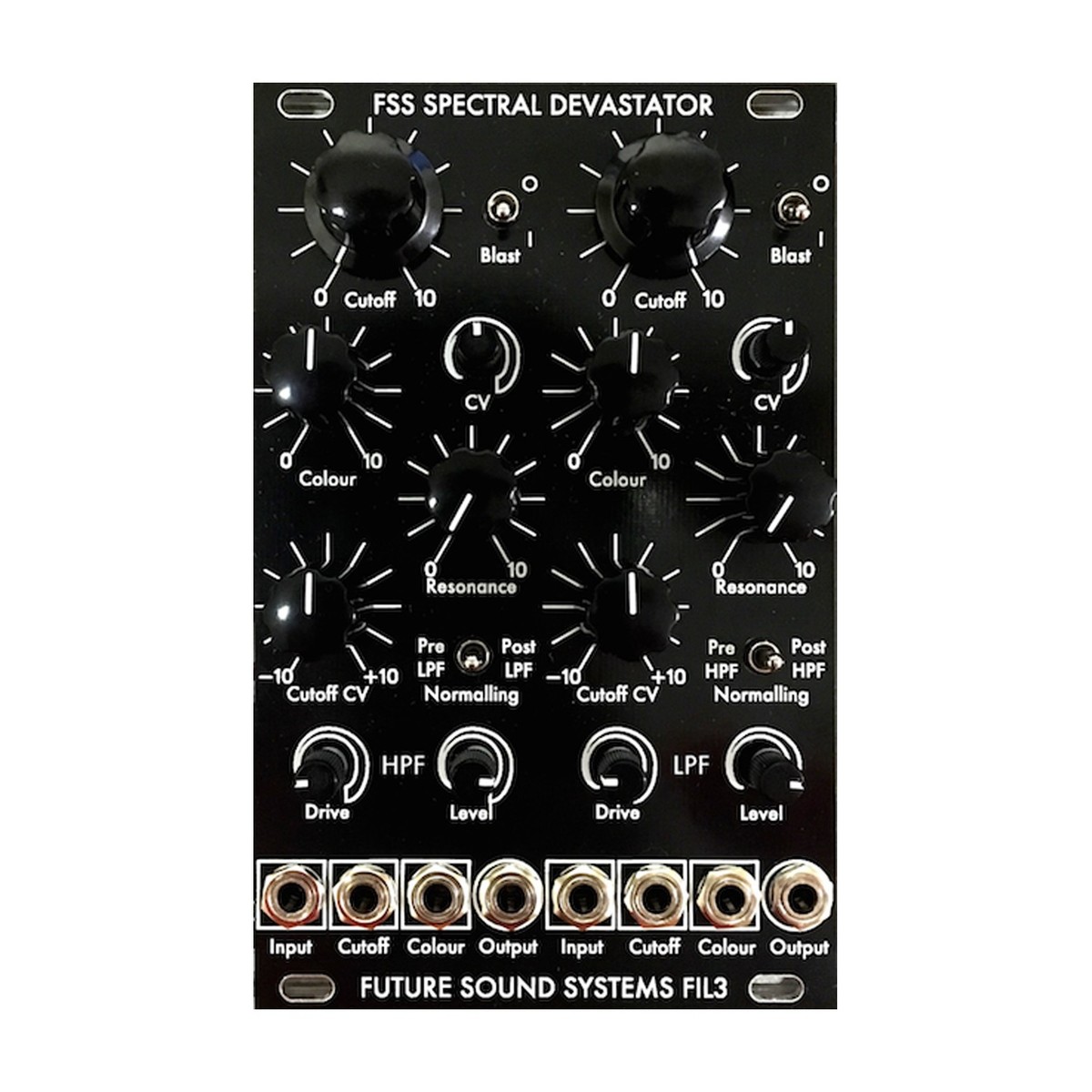 $204.00excluding VAT
1 in stockDelivery Information
Item in stock and available for dispatch

This has been achieved with several intuitive additions to the FIL3. Firstly, the 'Colour Control' feature means each filter can be manipulated using the colour parameter. This is designed to broaden the range of tones each filter can produce. A 'Blast' switch has also been implemented on the FIL3 which, combined with the 'Colour Control', gives you plenty of flexibility in shaping your sound.

Users of the FIL2 will know the powerful character it adds to your modular system. A high-pass and low-pass filter coupling, the FIL2 was created by trying to find new methods of voltage control. The resulting components had a distinct character that set it apart from other filter modules. With the FIL2 known for its brutal effects on audio, the FIL3 has built on this by offering more control on the behaviour of both high-pass and low-pass filter sections.

New additions to expand the sound

In an effort to give external control over each filter’s resonance, the ‘Colour Control’ feature has been added to the FIL3. Because of this, the oscillation of each filter is now controllable via the colour parameters. As well as this, further, non-linearity can also be added. This widely broadens the range of tones each filter is able to produce.

Each filter of the FIL3 features a newly implemented ‘Blast’ switch. This helps achieve linearisation within the filter, whilst simultaneously allowing resonance to become even more pronounced. Future Sound Systems set out to create a filter component with as much tonal flexibility within each filter and the Blast Switch helps achieve this.

Due to the unpredictable nature of signal level through modular filters, input drive and output level switches have been added to each filter on the FIL3. Thanks to the input drive, you can overdrive the filter input and saturate your signal. This is a great sonic effect that adds further character to your sound. As with the FIL2, normalling switches are present on the FIL3. These allow for quick and easy patching between the high and low-pass filters, for use in series or in parallel.

To further increase the modulation potential of the FIL3, the cutoff CV depth of each filter is now present on an attenuverter. This vastly extends the cutoff capabilities and therefore sound scope of the FIL3. This is helped by more accurate, manual cutoff controls allowing for more precise movements.