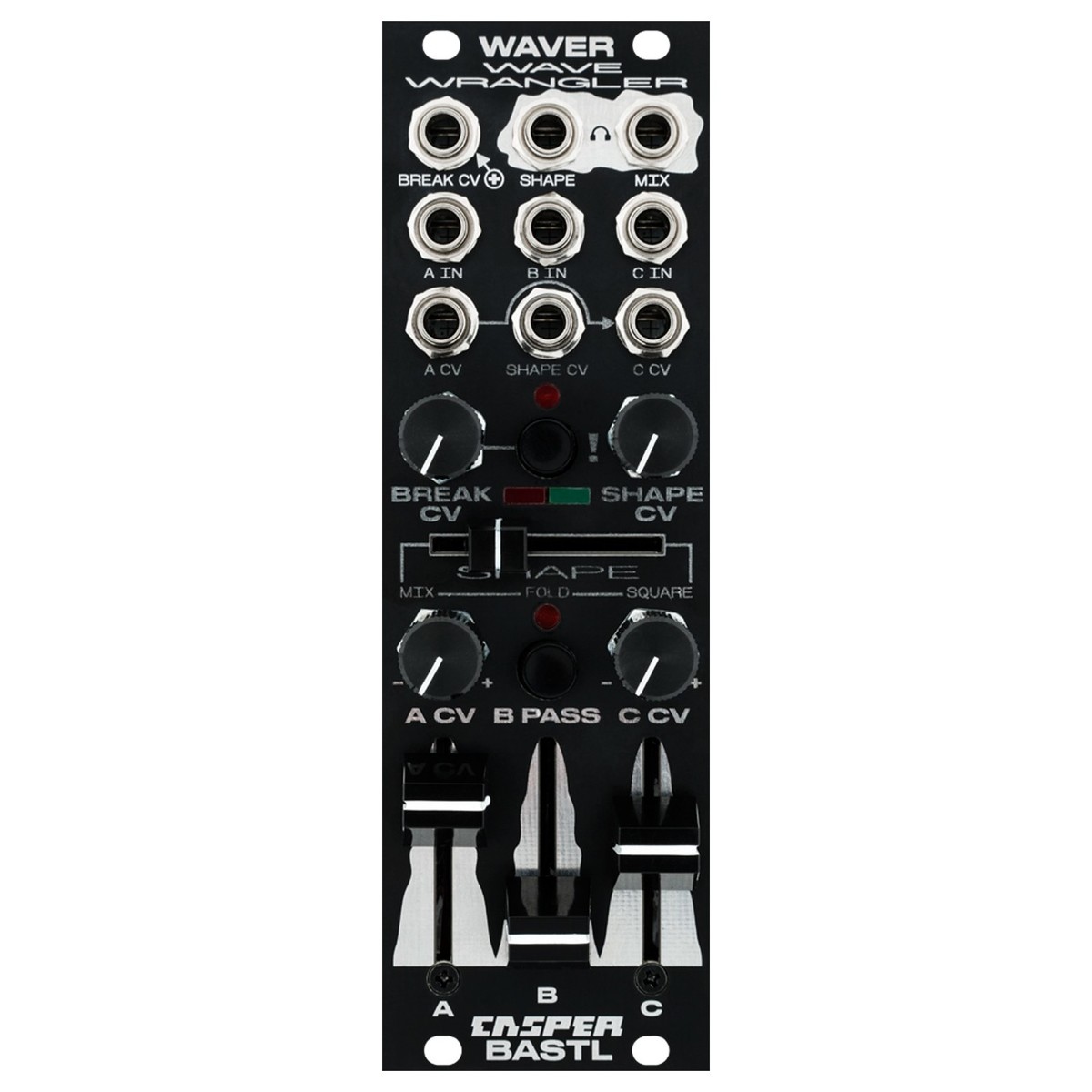 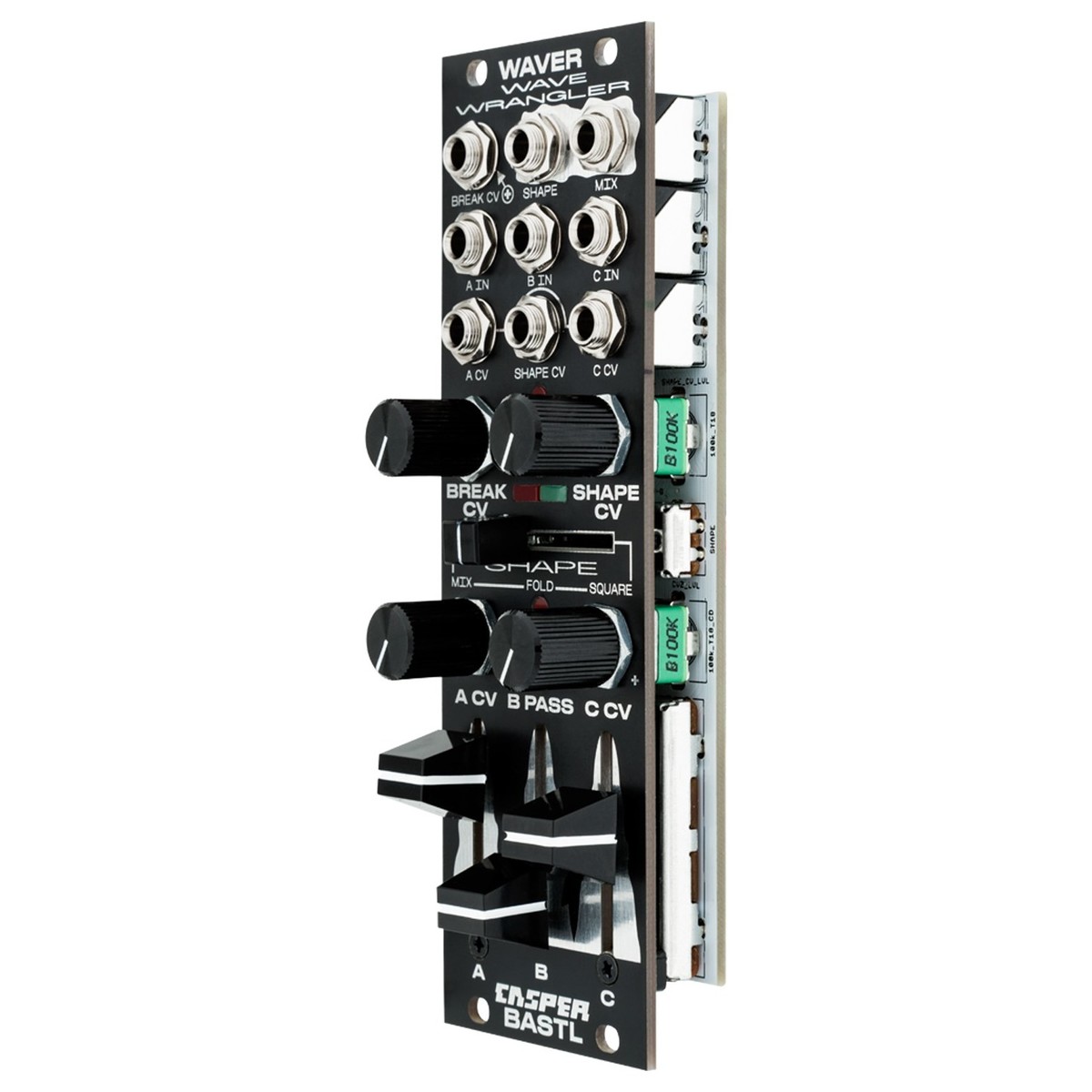 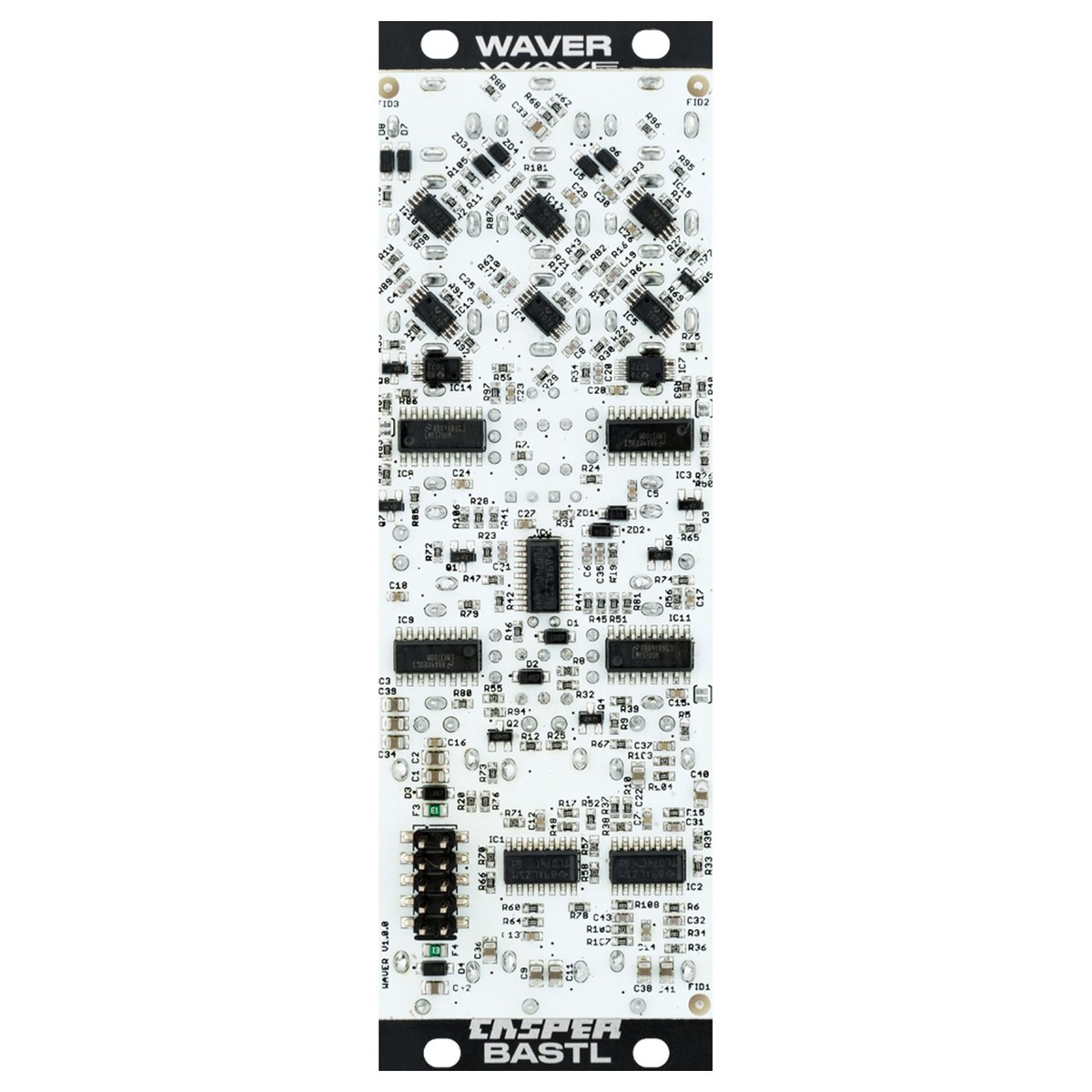 $309.00excluding VAT
2 in stockDelivery Information
Item in stock and available for dispatch

Get experimental with your mixing techniques. The Bastl Instruments and Casper Electronics Waver (8HP) is a fully analog, wave folding mixer and signal disrupter.

The Waver has seven inputs for mixing and modulating multiple signals. The Waver also features both a shape output and pre-shaper mix output. All inputs and the mix out are DC coupled which means the Waver can also operate as a powerful CV mixer with built-in offset, inversion, modulation and feedback capabilities. The mixer stage consists of A, B and C inputs with dedicated faders and 2 bi–polar VCAs with attenuverting CV control.

Mixed signals are then processed in the Shape section which relies on a wavefolder and square shaper to effect the signal. By employing threshold clipping and folding operations, Waver expands your sound's harmonic complexity and allows you to tweak patches up, down, squareways and beyond.

As with all Casper x Bastl collaborations, the Waver is capable of causing sonic mayhem in a modular patch. Whether you want to control your sound, or to send it to the next dimension, the break control featured on the waver is the control to do so.

The Waver features 7 inputs for mixing and modulating multiple signals. For outputting the signal, the Waver offers both a shape output and a pre-shaper mix output for bypassing the modulation. All inputs and the mix out are DC coupled meaning that the waver can also function as a powerful CV mixer with built-in offset, inversion, modulation and feedback capabilities.

The mixer stage provides three inputs, A, B and C, each with dedicated faders and two bi-polar VCAs with attenuverting CV control. This provides you with everything you’ll need to take total control of audio signals whilst offering a range of controls to find surprising combinations between them.

Once signals have been mixed using the Waver, the ‘Shape’ section comes into play. Utilising a wavefolder and square shaper, the Waver allows you to employ threshold clipping and folding operation to the audio signal. This can be used to greatly enhance the harmonic complexity of your sound, giving you full control over the modulation. Explore relationships between inputs, adjust dynamics and more with the creative ‘Shape’ section.