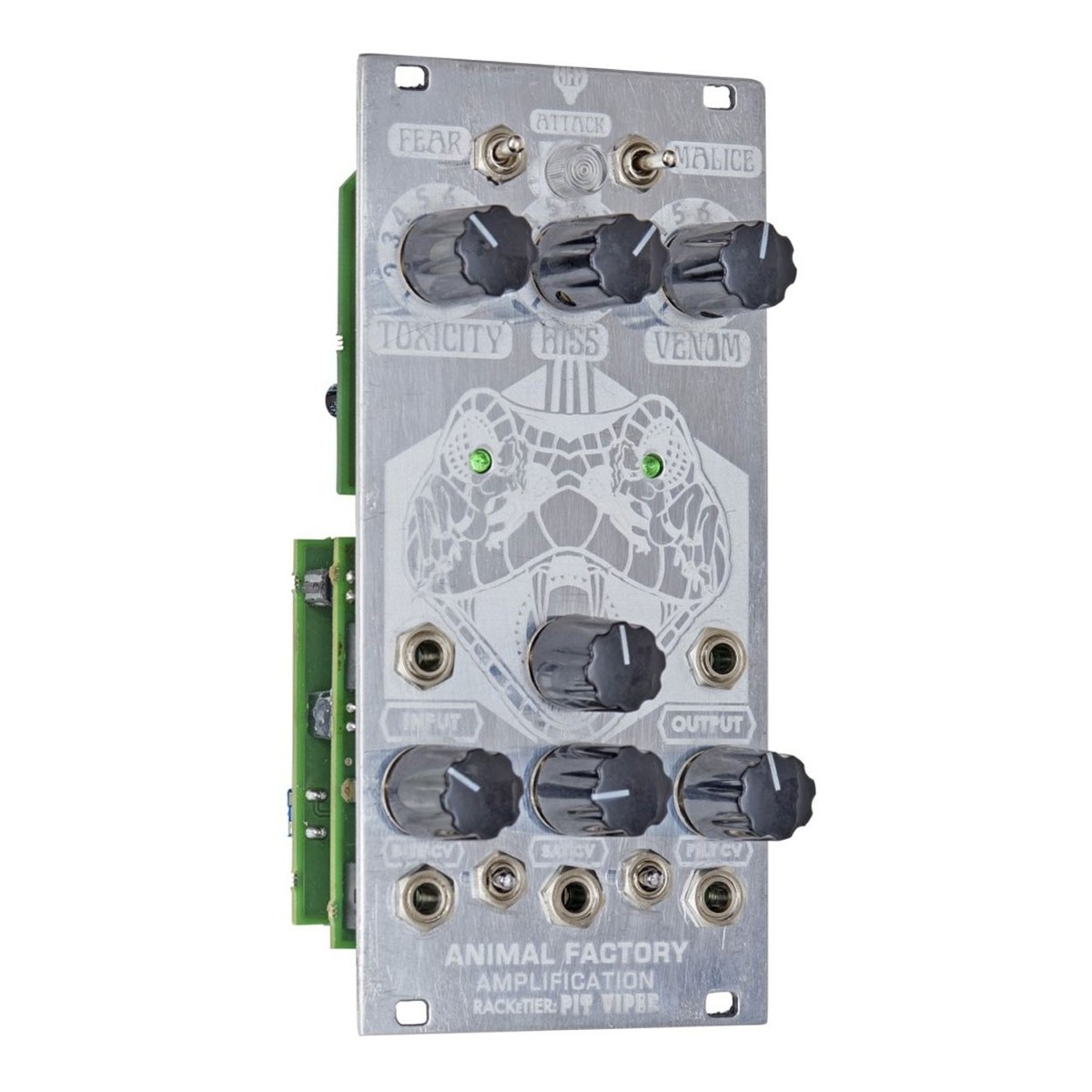 $175.00excluding VAT
2 in stockDelivery Information
Item in stock and available for dispatch

The Animal Factory Module Pit Viper Distortion is a Eurorack version of the famed Pit Viper overdrive pedal. With added features and even more gain, your Eurorack setup won't know what's hit it!

Gung-ho distortion. The Pit Viper is a solid-state overdrive capable of generating clean, beefy signal boosts. However, the module performs at its best creating screaming distortions with buckets of character. This module takes no prisoners and will certainly add a new dynamic to your modular setup.

Under the hood lies the secret to the Pit Viper’s ferocity. Great detail has been spent producing the ultimate distortion, with a TLC2272 op amp running the show. To unleash the beast, a range of appropriately named parameters feature on the Pit Viper. Use controls such as 'Toxicity', the gain potentiometer, to achieve heavy distortion. Combined with parameters including 'Fear' and 'Malice', the three-stage soft and hard clipping switches, you'll never run out of ideas with the Pit Viper.