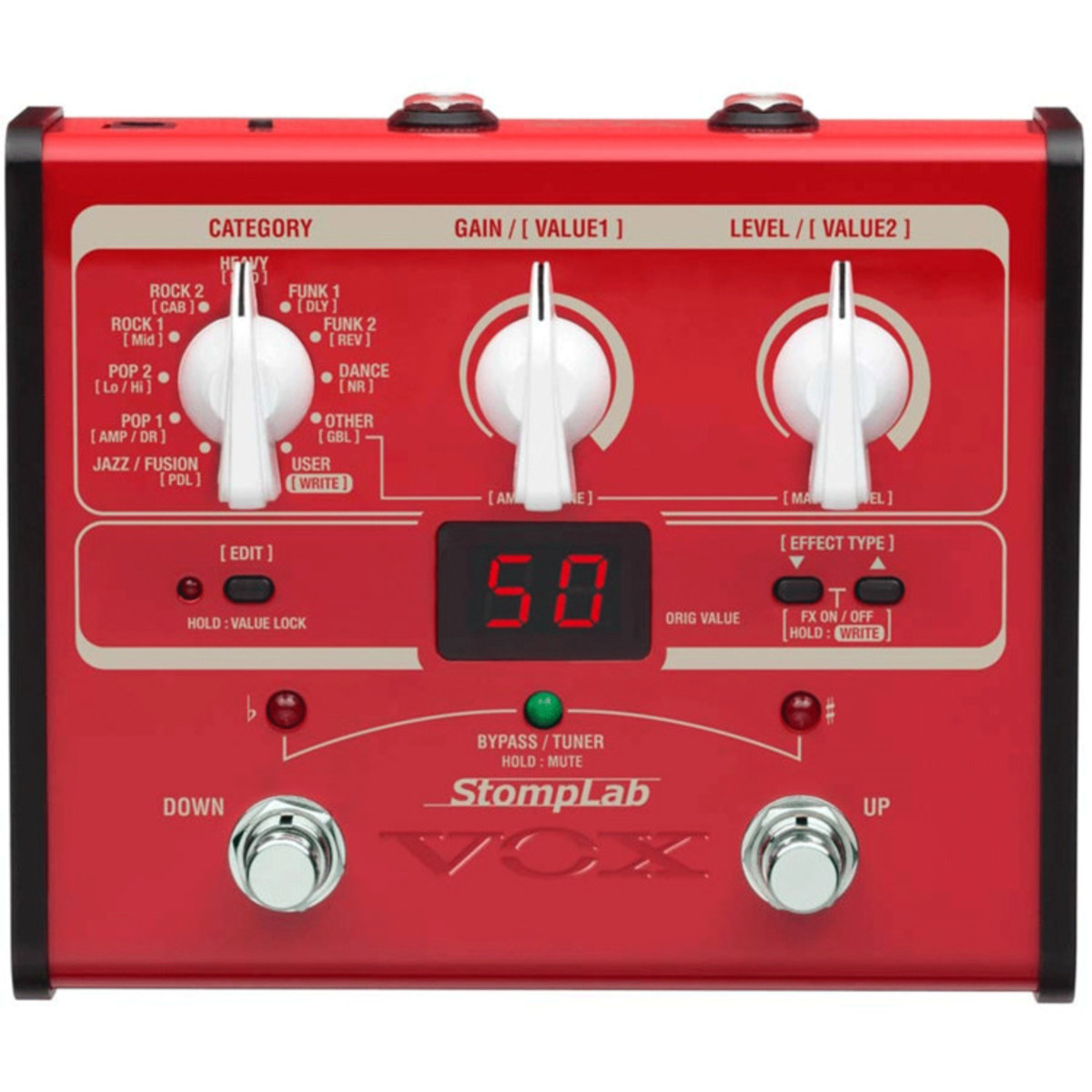 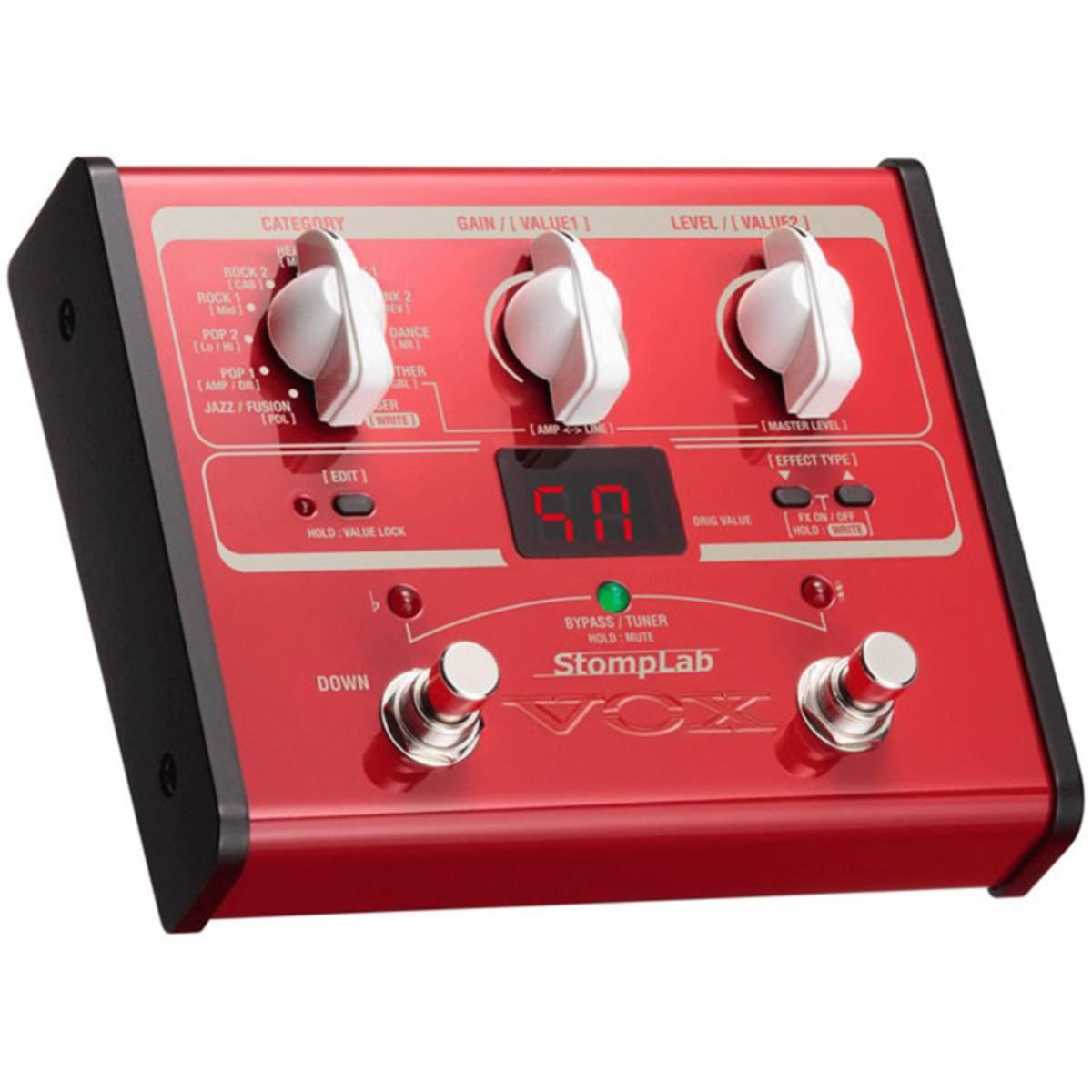 The Vox StompLab SL1B Bass Multi Effects Pedal packs a powerful and expressive range of bass oriented effects into a compact and tough enclosure. There are various styles of sound variations, such as rock, blues, and ballad, with an interface easy to use for even novice users.

Having a large number of sounds is a great advantage but it can also seem confusing to the novice user. The VOX Stomplab SL1B has an easy to use interface for even by novice players, with all programs named by a musical style, such as rock, blues, or metal. The musical styles are categorised into ten types, and cover everything from straight-ahead traditional styles to quirky, unusual sounds. There are ten variations for each category, making it easy to find sounds that you will like.

The StompLab SL1B was designed with great care, not only for its sounds, but also for its superb looks. The StompLab series has a high-quality appearance, sounds excellent, and is compact enough to fit into a gig bag. The VOX Stomplab can be taken anywhere with ease.

Get creative and make your own sounds!

Whilst playing the preset sounds is a lot of fun, it is a bonus if you can create some of your own sounds. The StompLab has 60 types of modelling effects categorised as pedal, amp, drive, cabinet, modulation, delay, and reverb effects. You can use up to 8 modelling effects simultaneously when noise reduction is included. You are able to deeply edit any effect type and then save your creation in any of the 20 user programs. The VOX Stomplab sound engine is equivalent to those featured on the worldwide best-selling VT+ series of modelling amps and the ToneLab series of multi-effect units.

The StompLab SL1B has a built-in chromatic tuner with a three-LED indicator, making tuning fast and easy. A mute function lets you tune without being heard by others. Headphones can be connected, giving you the ability to play at home late into the night without disturbing anyone. This unit is easily portable due to battery operation, letting you enjoy serious sound from your guitar or bass wherever you go.