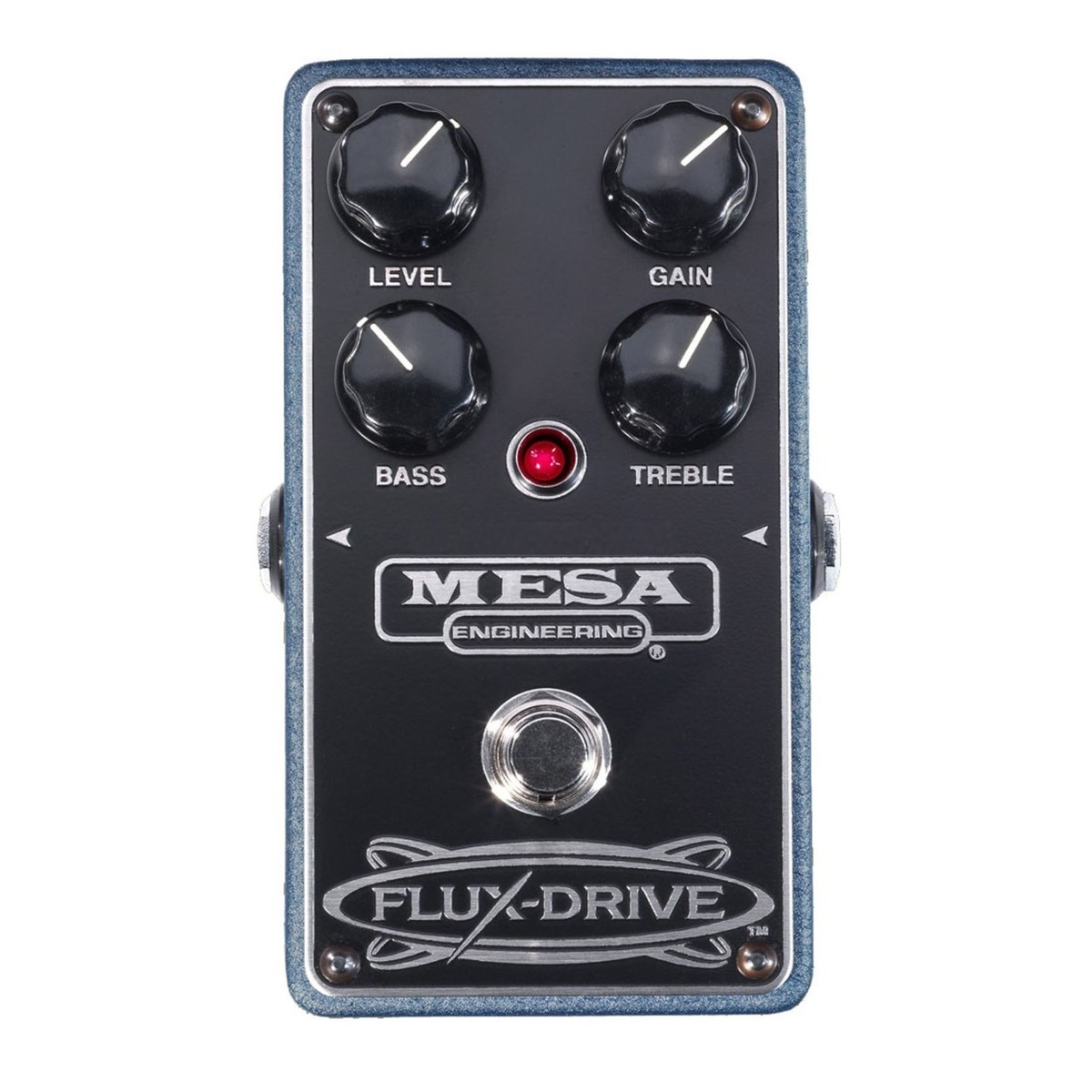 $228.00excluding VAT
1 in stockDelivery Information
Item in stock and available for dispatch

The Mesa Boogie Flux Drive is an overdrive pedal that epitomises the sound and response of tube amp overdrive. With a highly musical response and versatile gain range, the Flux Drive can adapt to many different guitars and amplifiers to help you sculpt your sound. The Flux Drive can provide a rich overdrive sound with enhanced sustain that brings out rich harmonic overtones in your guitar tone. Used stand-alone into a clean amplifier, the Flux Drive can create your entire overdrive sound, but when plugged into an already-overdriven amplifier, the Flux Drive can take your lead guitar tone to the next level. Treble and bass controls give you the ability to sculpt your tone, much like a preamp pedal, while the true bypass ensures you'll maintain maximum signal clarity when the pedal is disengaged. While it may be capable of providing high levels of gain, the Flux Drive lets the character of your guitar and amplifier shine, making it the perfect addition to complement your rig.

The Mesa Boogie Flux Drive is designed to produce the smooth sound of amp-style overdrive. It features a highly musical and responsive design that reacts to your guitar and amplifier setup to create a wide range of tones.

The Flux Drive features a Level control which can boost your signal up to +20dB. This can push your amplifier into increased saturation and compression, depending on how much headroom you have available. The Bass and Treble controls let you sculpt your sound and can bring out more harmonic complexity in your sound. These two controls let the Flux Drive act as a preamp to shape your tone and complement your guitar and amp characteristics.

The Flux Drive has a true bypass which means you'll maintain optimal signal clarity when the pedal is disengaged. It is designed and handcrafted in Petaluma, California, and features the renowned build quality and rugged construction standards that Mesa Boogie is known for.

"The Flux-Drive is more of a high-gain preamp than it is either a stand-alone distortion or overdrive box. Its well-tuned level, gain, bass and treble circuits give the user immense control over the tone and gain structure, making it easily the most versatile of Mesa’s pedal lineup…

In front of a clean channel, it produces a beautiful crunch tone, indistinguishable from a real tube-driven second channel. Let this pedal drive your already crunchy tone and it’s capable of transporting you… into an incredibly touch-sensitive world of detailed high-gain tone. Sustain becomes almost endless, and full-up settings on all controls yield the organic sound of tubes pushed to the limit.”

Read the full review on the Guitar World Magazine website

Petaluma-based Mesa Boogie is an American amp manufacturing company, established in 1971 by Randall Smith as a small repair shop initially. After producing amplifiers for prominent early customers including Carlos Santana and Ron Wood, Mesa Boogie quickly gained a reputation as a high-end amp designer with its iconic Mark Series amplifiers, still produced today. Mesa Boogie is now a prolific company with a key range of amplifiers including the Mark series, the Rectifier series, and the Express line. With players in all genres, from progressive metal to blues, rock, jazz, alt-rock and more, Mesa Boogie is widely regarded as one of the ultimate premium amplifier manufacturers, with a huge fan-base and diverse range of professional players.