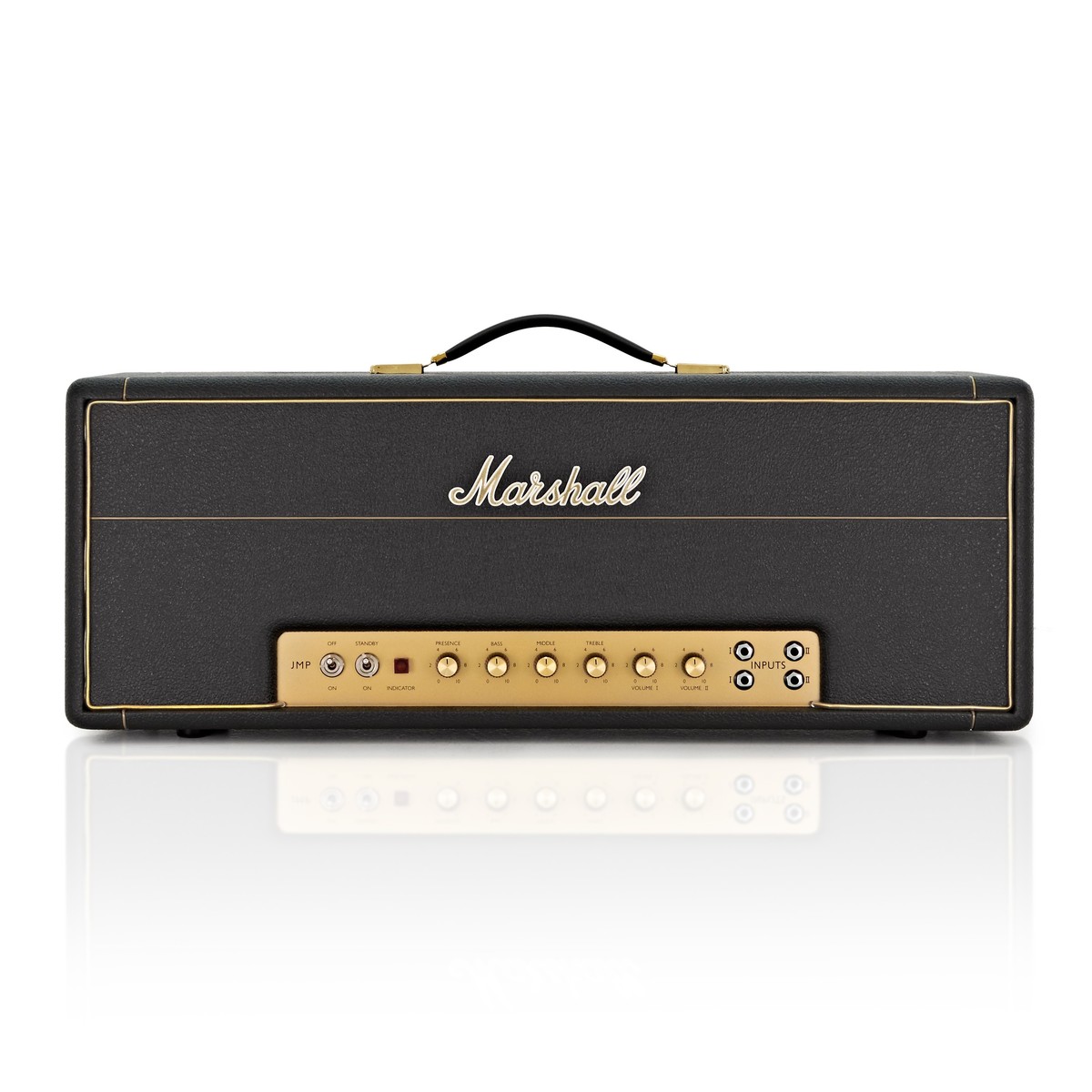 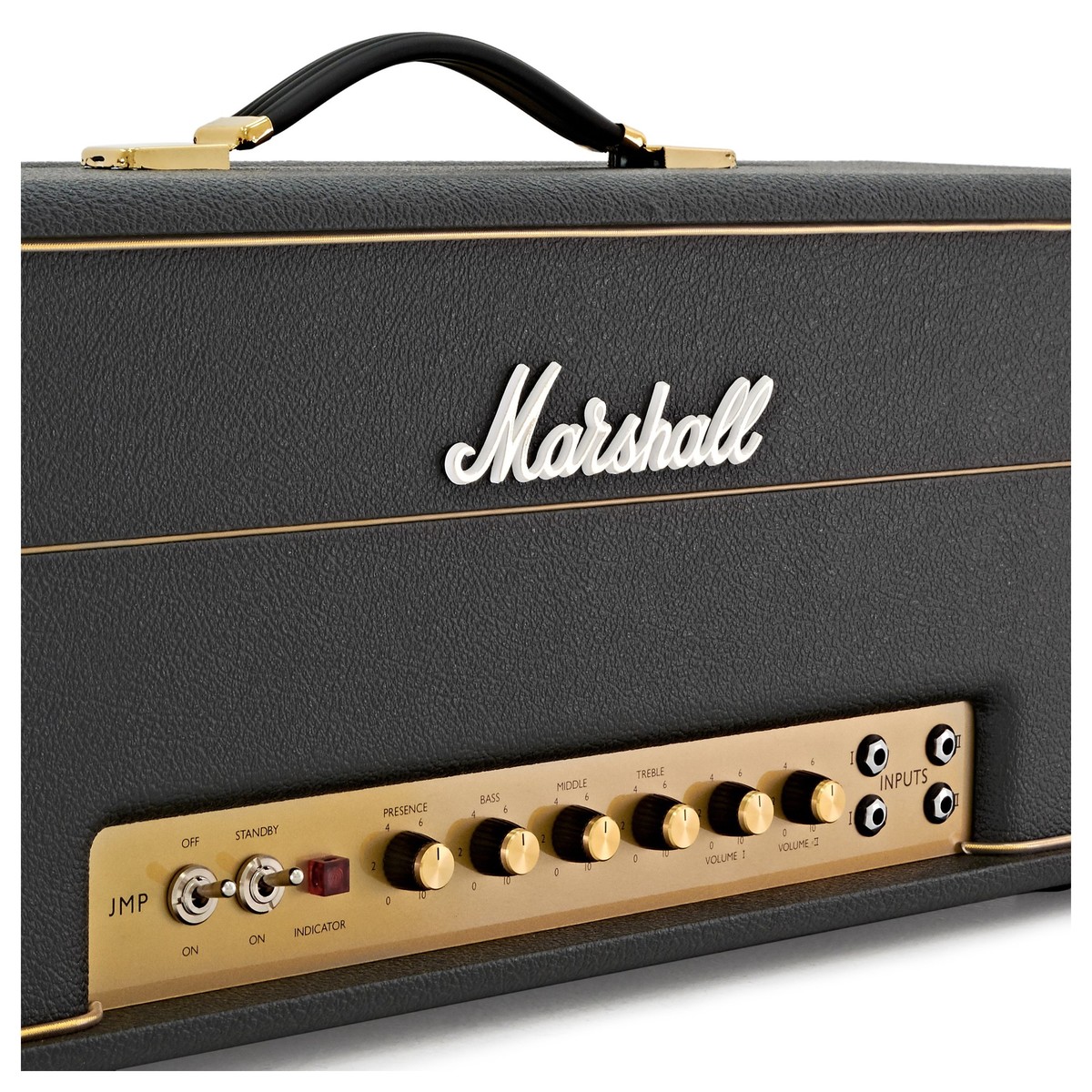 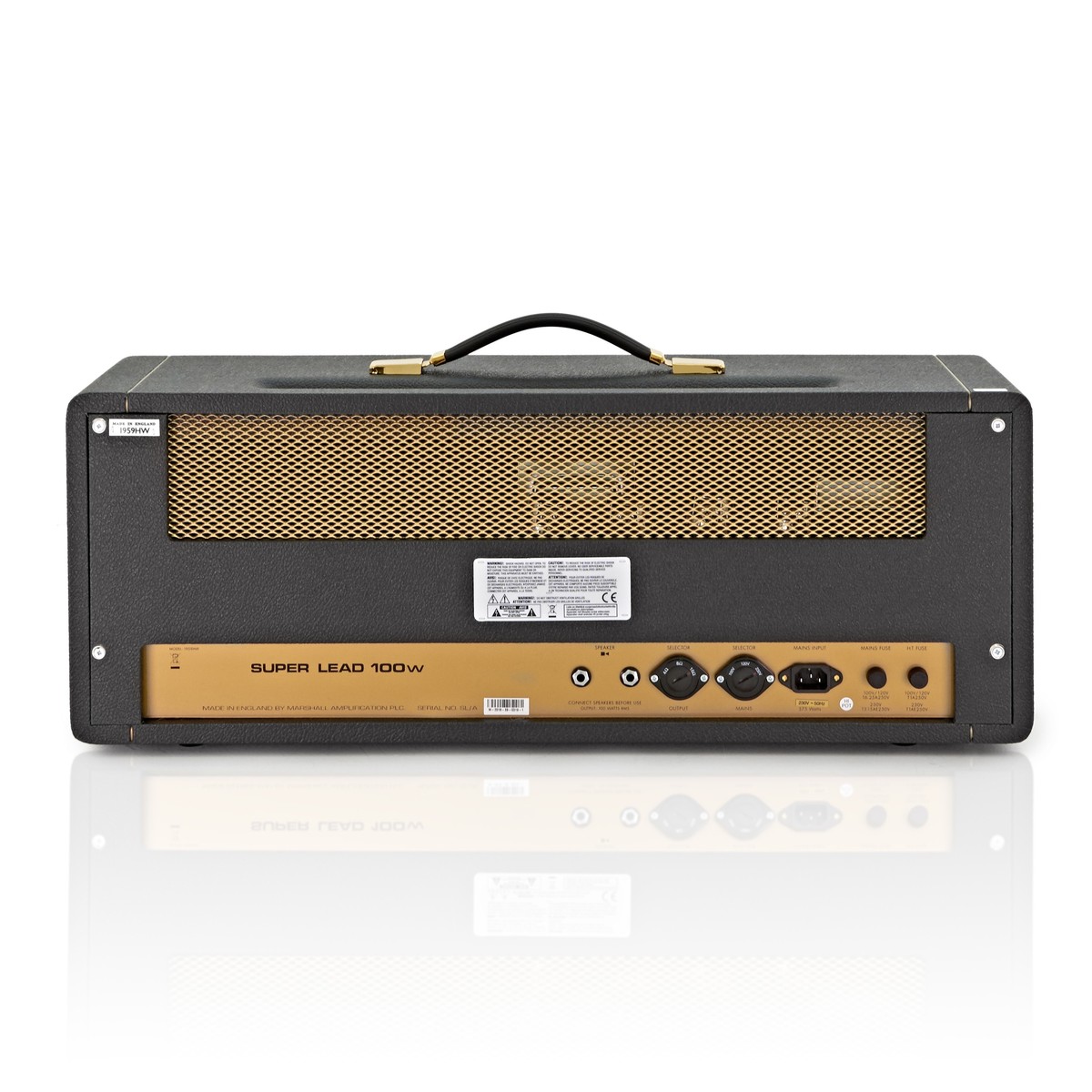 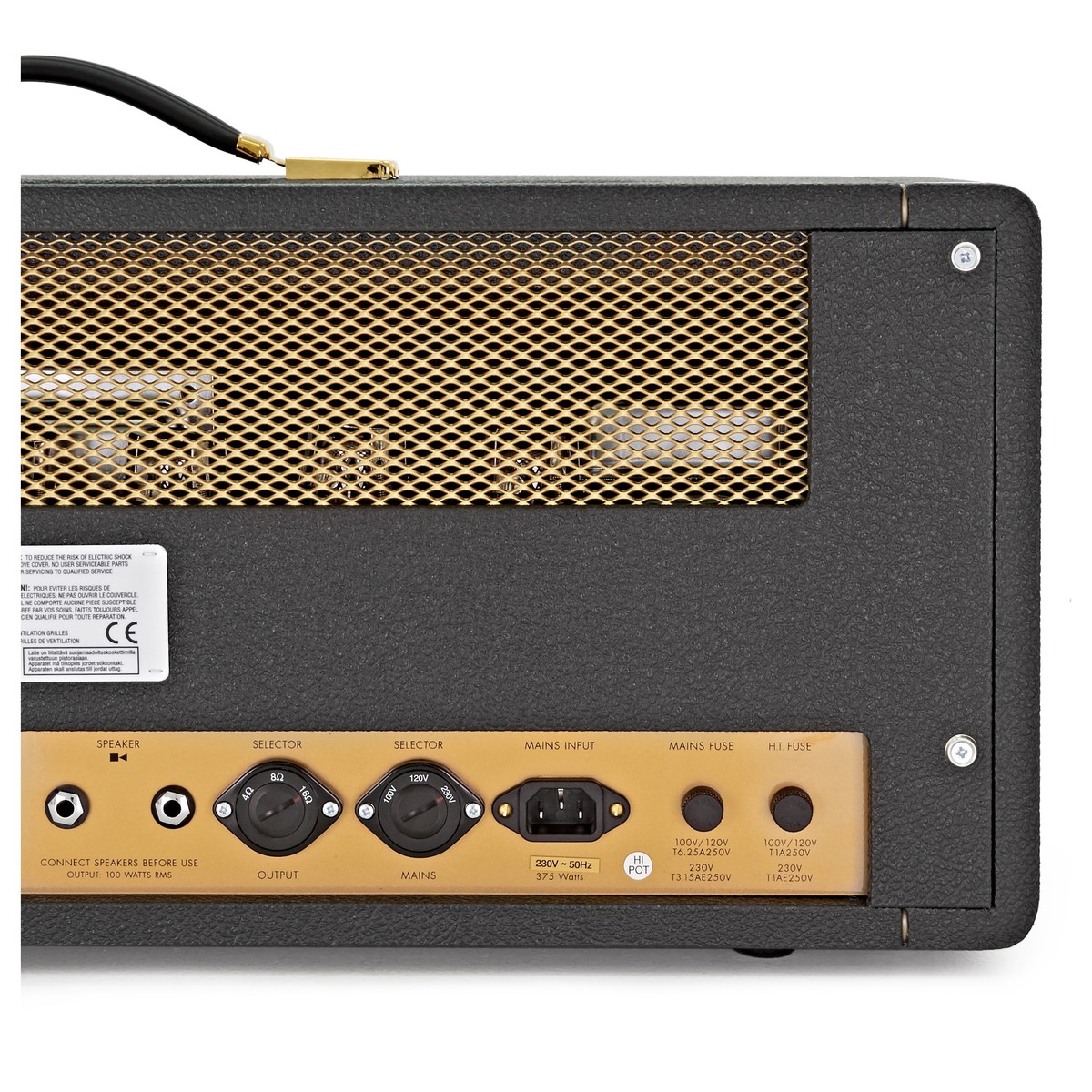 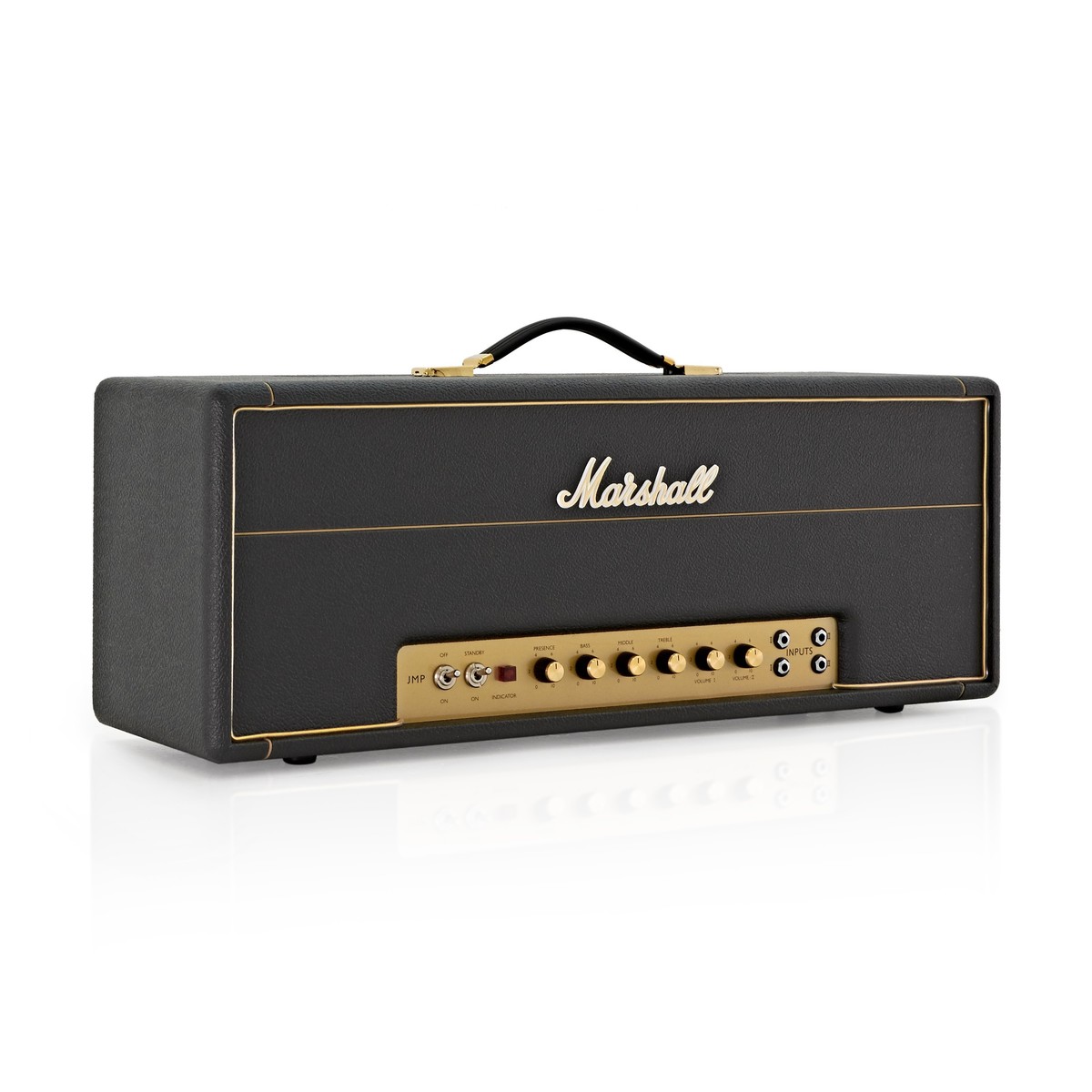 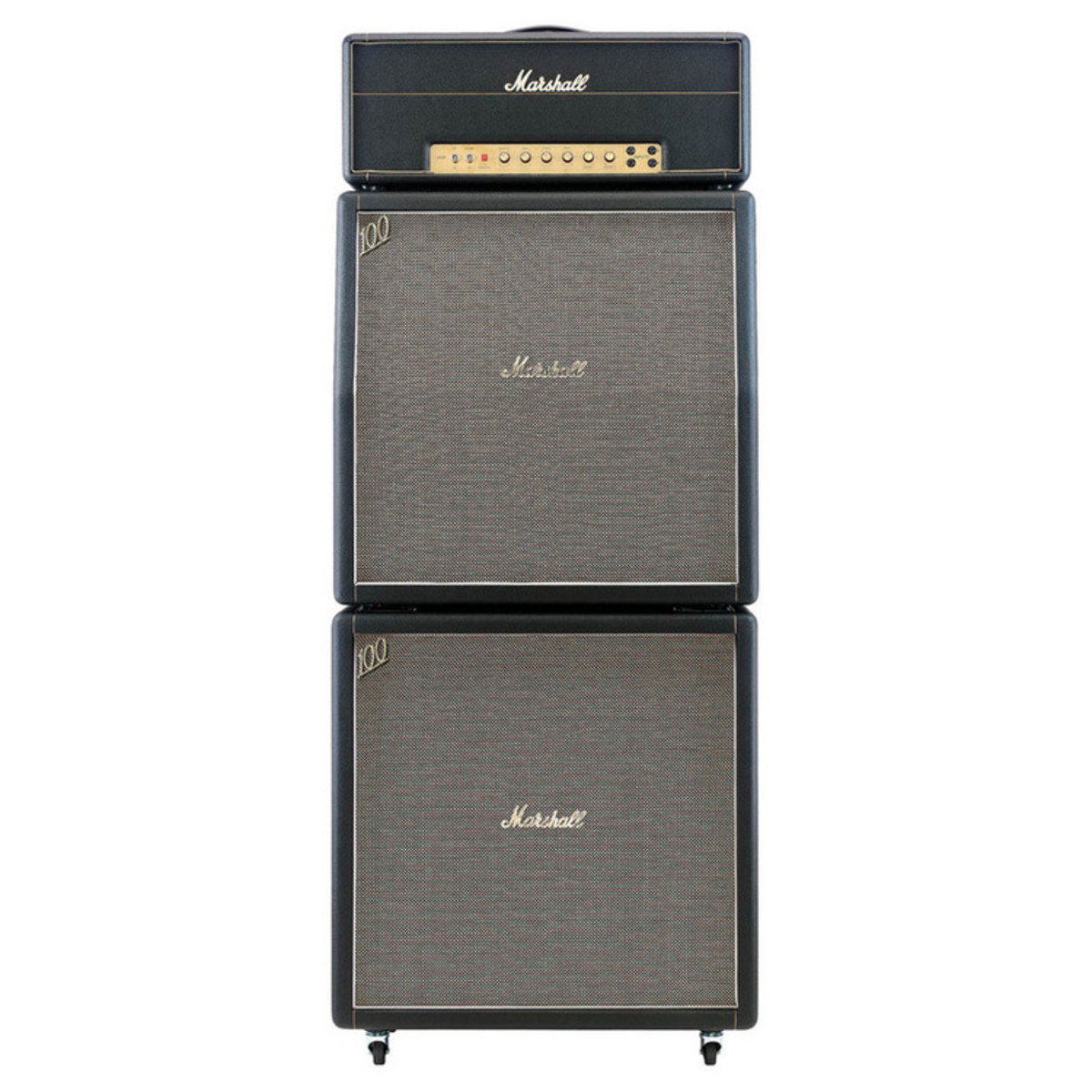 Hendrix at Woodstock, The Who Live at Leeds, AC/DC, well, anywhere! The 1959 plexi has wowed audiences worldwide for more than half a century. The Marshall 1959HW Plexi Handwired Reissue Valve Head is an exquisite and faithful reissue of the amp that created rock 'n roll as we know it. Rich, raucous rock tones come with reliability guaranteed, thanks to the 1959HW's all-tube signal path, painstakingly handwired by Marshall's elite amp engineers.

Vintage but versatile, the Plexi Reissue features the classic 60's dual-channel setup. Plug into Channel I for bright, cutting crunch and twinkling clean tone, Channel II for a darker, thicker overdrive, or bridge them with a patch cable for the perfect blend, with ear-splitting plexi volume. With low and high gain inputs for each channel, and iconic vintage Marshall styling, the 1959HW Plexi is the sound of rock royalty, reborn.

Moving with the times. It's a name that will go down in history as one of the ultimate all-time amplifiers. But what exactly constitutes a 'plexi' amp, and why are they called that? Officially titled the Super Lead Model 1959, the first plexi was the brainchild of both Marshall and The Who's Pete Townshend, who charged their engineers with creating the first 100-watt full-tube amp. They matched 3 ECC83 preamp valves with a few flavours of output tubes before settling on 4 EL34's and the rest, as they say, is history.

The name is derived from Marshall's decision to manufacture the amp's control panel from rugged plastic, which consumers thought resembled Plexiglass. This was changed to a golden aluminum construction as early as 1969, but the name stuck. There have been various modifications and lower-wattage variants over the years, but the 1959 (which, incidentally is simply its model number - it was first made in 1965) remains the definitive plexi.

A neat trick for your optimum tone. If you've ever seen a vintage Marshall up close as a show, or even on TV, you may have noticed a small cable running between two of the amp's inputs, as well as the lead coming from the guitar. This short guitar cable, or 'jump lead', is used to link the amp's two discrete channels into one blended, boisterous behemoth.

Once you've plugged into your chosen input (high or low gain, channel I or II), simply run any regular guitar cable from your channel's remaining input to the other channel and you're instantly in a world of tasty tonal options. Experiment with different input combinations and blends, then dial in the amp's powerful EQ controls for total hotwired heaven.

Not for the faint-hearted

If massive main-stage volume is your thing, you've come to the right place. When Pete Townshend asked Marshall's Ken Bran and Dudley Craven to make him a 100-watt valve amp, there was only one reason: loudness. Many acts in the 1960s struggled to hear themselves play above the screams of their adoring fans (you may have seen footage of the Beatles in which you can barely hear them!)

Townshend was locked in a fierce battle with the Rolling Stones' Ronnie Wood for ultimate stage-sound supremacy. After just two revisions, the Plexi was born, and The Who snapped up the first FOUR heads, along with their matching 8x12 cabinets (two for Townshend, two for bassist John Entwhistle). If the Plexi's volume isn't practical for your situation, try adding an attenuator box into your circuit so you can enjoy the infamous Marshall Plexi tone with fewer complaints from the neighbours.