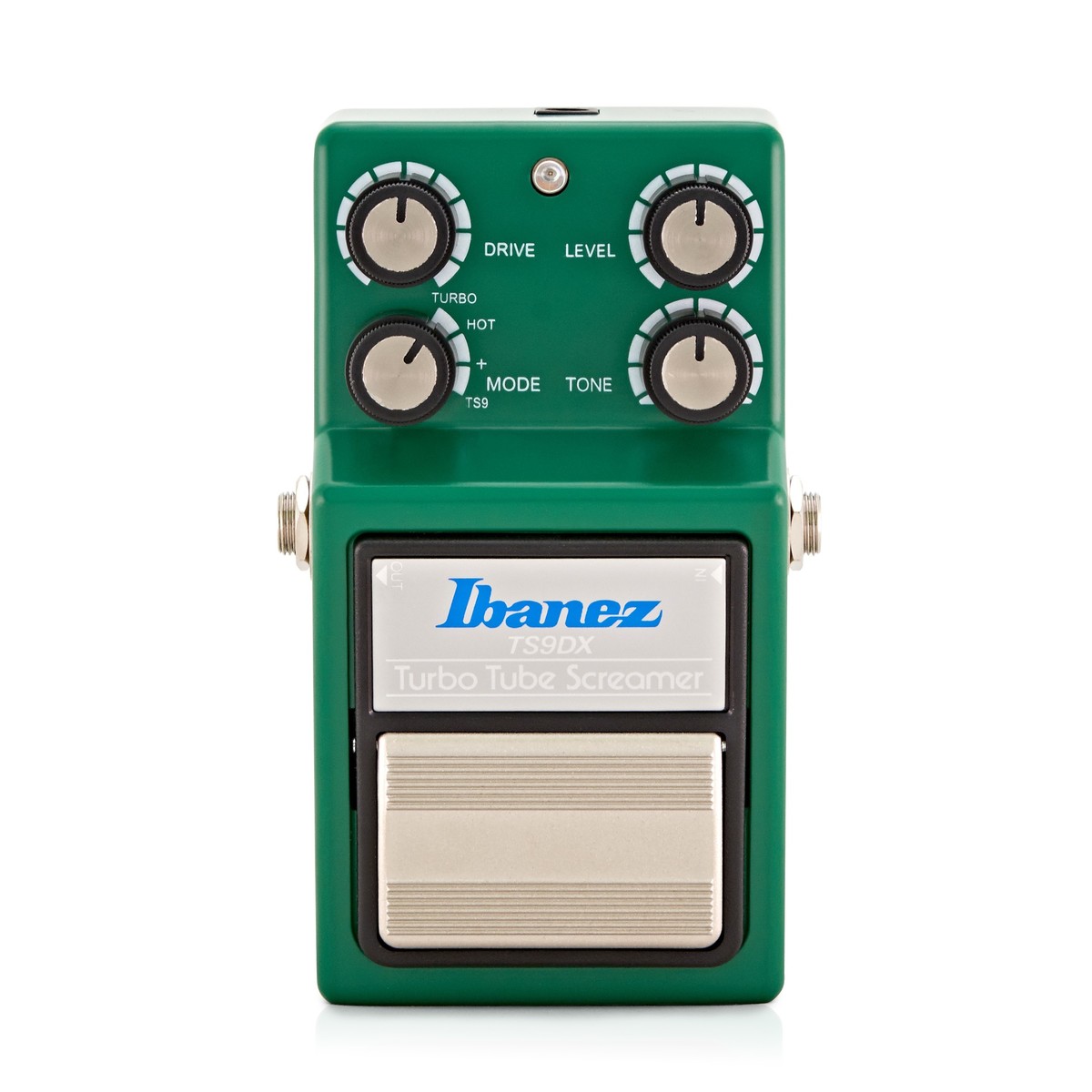 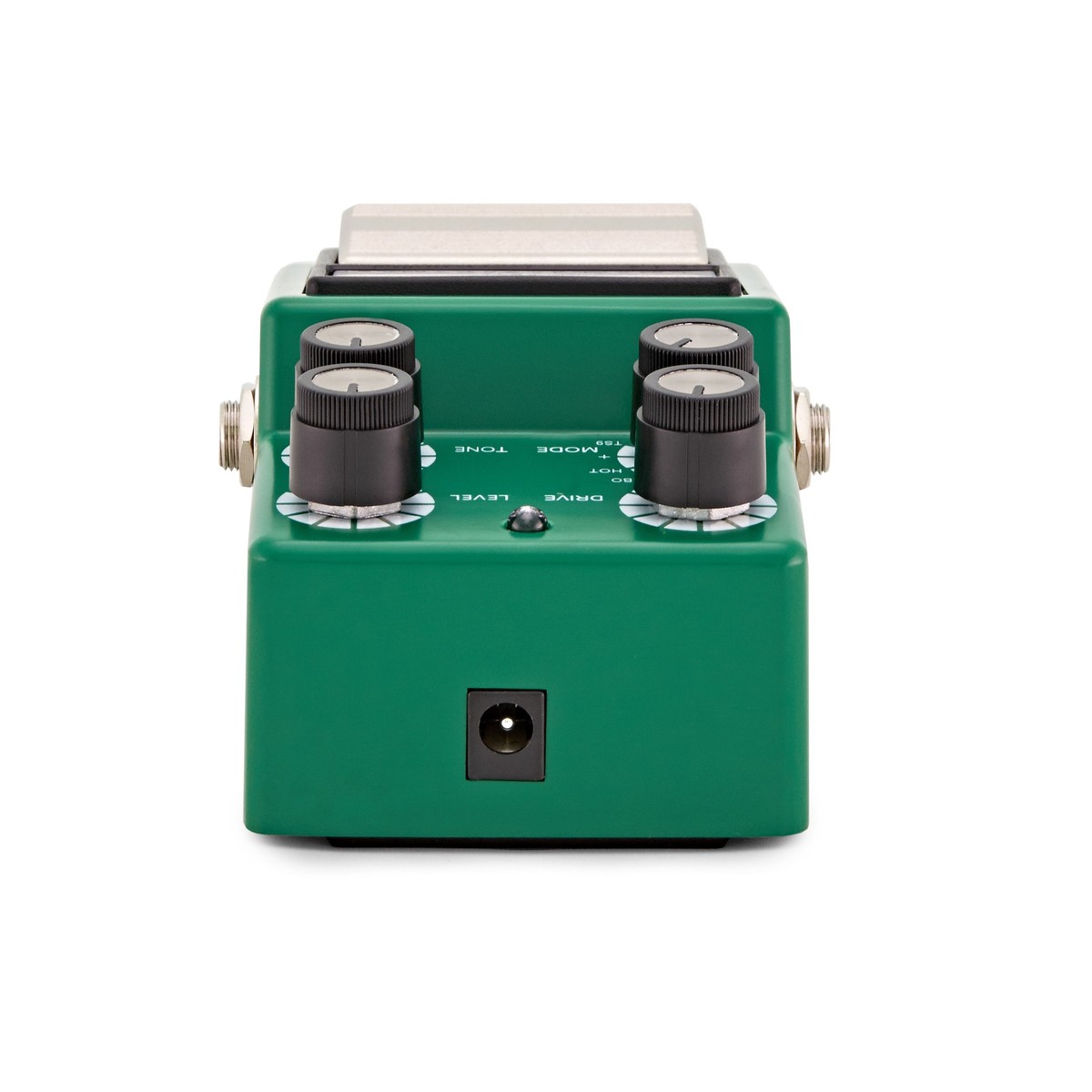 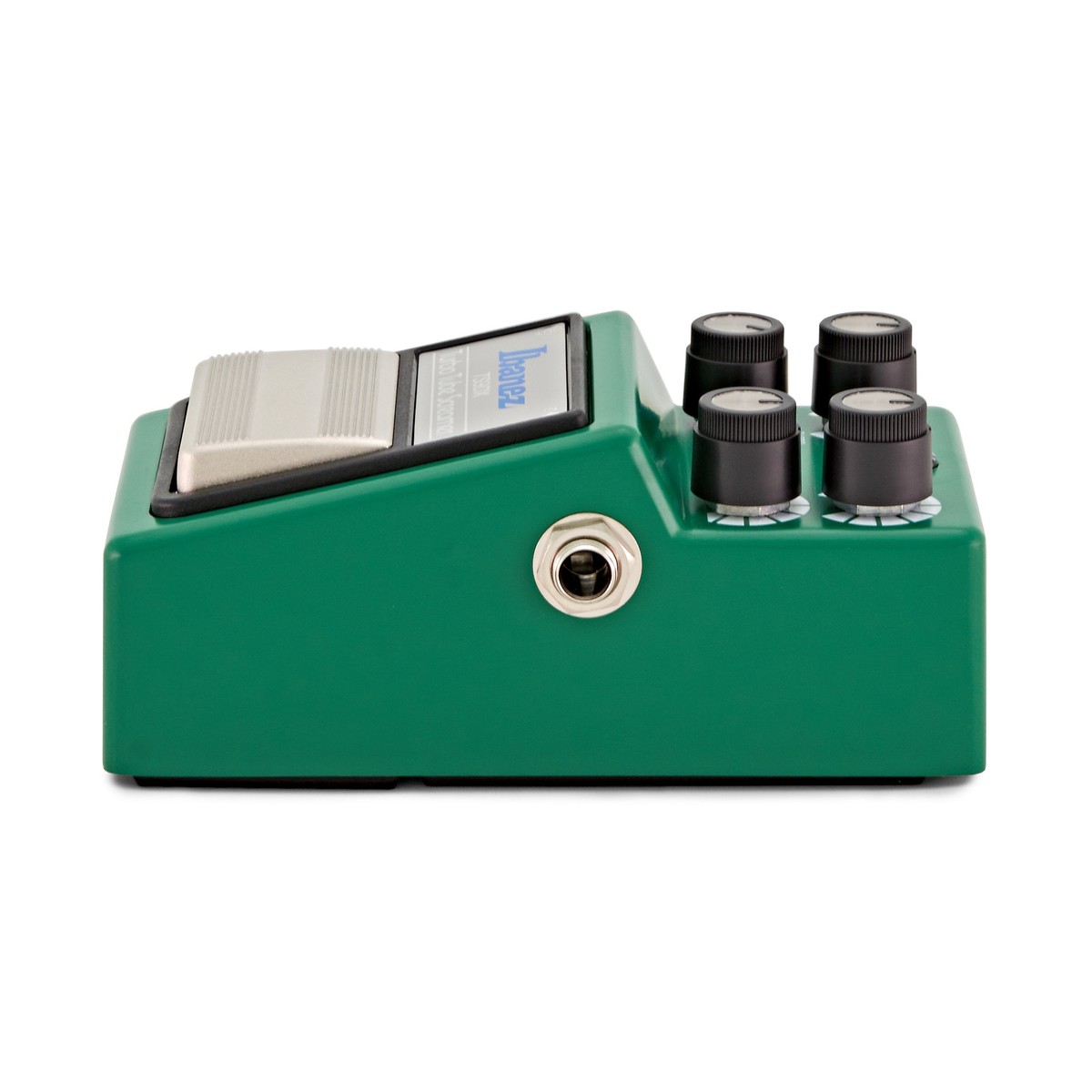 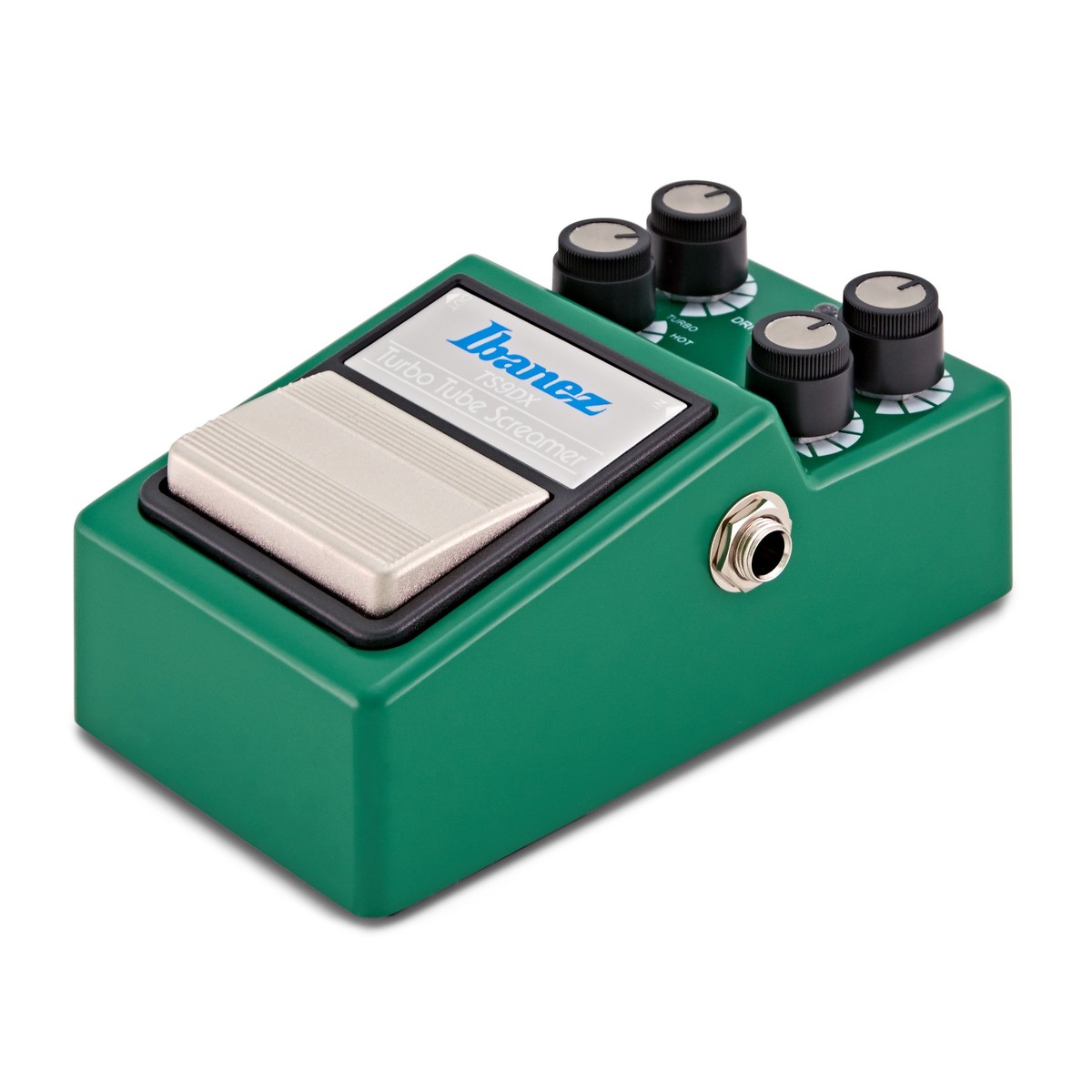 Upgrading an icon. The Ibanez TS9DX Turbo Tube Screamer takes on the mammoth task of attempting to upgrade the Tube Screamer. Adding a fourth control is the main addition that controls overdrive mode. This allows you to choose from the classic 'TS9', '+', 'Hot', and 'Turbo' modes. '+' mode adds a little more grit to the original 'TS9' which is an unaltered TS9 with no modifications. 'Hot' provides more crunch and boosts the mids. Finally, 'Turbo' gives a real bass boost to add a powerful low end response giving this device real versatility, even among Tube Screamers. If you are after a Tube Screamer with increased versatility but with classic TS performance and reliability, the TS9DX is the Tube Screamer for you.

The main difference between the TS9DX and traditional TS9 is the additional Mode control with each position aside from the 'TS9' setting adding low end, increasing volume and actually decreasing distortion. This means it also functions well with basses thanks to the improved low end response. Then, the critical difference between the TS9 and the original TS808 is the output section which was altered to give the TS9 a more modern feel. This makes the outputted sound brighter and slightly less rounded so it's all down to personal preference

Fine-tune your Tube Screamer. The Ibanez TS9DX Turbo Tube Screamer offers increased functionality with all the tone you expect from a TS9. The modern, brighter version of the TS808 has a slightly rougher edge making it better suited to slightly heavier styles and the TS808 for cleaner applications. The TS9 can still do the classic warm, well-rounded sound that Tube Screamers are known for, but it's also capable of taking things up a notch ands going slightly higher gain than its older counterpart. The TS9DX lets you go one step further, even venturing into the realm of higher gain distortion on the 'Turbo' setting arguably making this the most versatile Tube Screamer to date. One thing's for sure though, you can't go wrong with a Tube Screamer.

Secrets of the Tube Screamer

The Tube Screamer's clever design is the reason it's still the industry-standard overdrive pedal. Widely imitated but never accurately replicated, there are a few unique features that give the TS9 its unique sound signature. One of these is that the active high pass filter in the clipping stage rolls off the bass so that only frequencies above 720Hz get the full distortion and harmonics below get progressively less, making the distortion frequency selective. After the clipping stage, a passive low pass filter shaves off excess treble giving the characteristic mid boost that Tube Screamers are known for. The clipped output signal then also contains part of the input signal, perfectly preserving the original dynamics of the instrument while also improving the responsiveness and overall clarity of the distortion. This is all made possible by the input buffer isolating the effect from the guitar, retaining optimum signal fidelity, one of the main reasons the TS9 can offer mid-heavy overdrive without the effect becoming muddy. This is what makes a Tube Screamer a Tube Screamer- optimum signal filtering and frequency selective distortion.