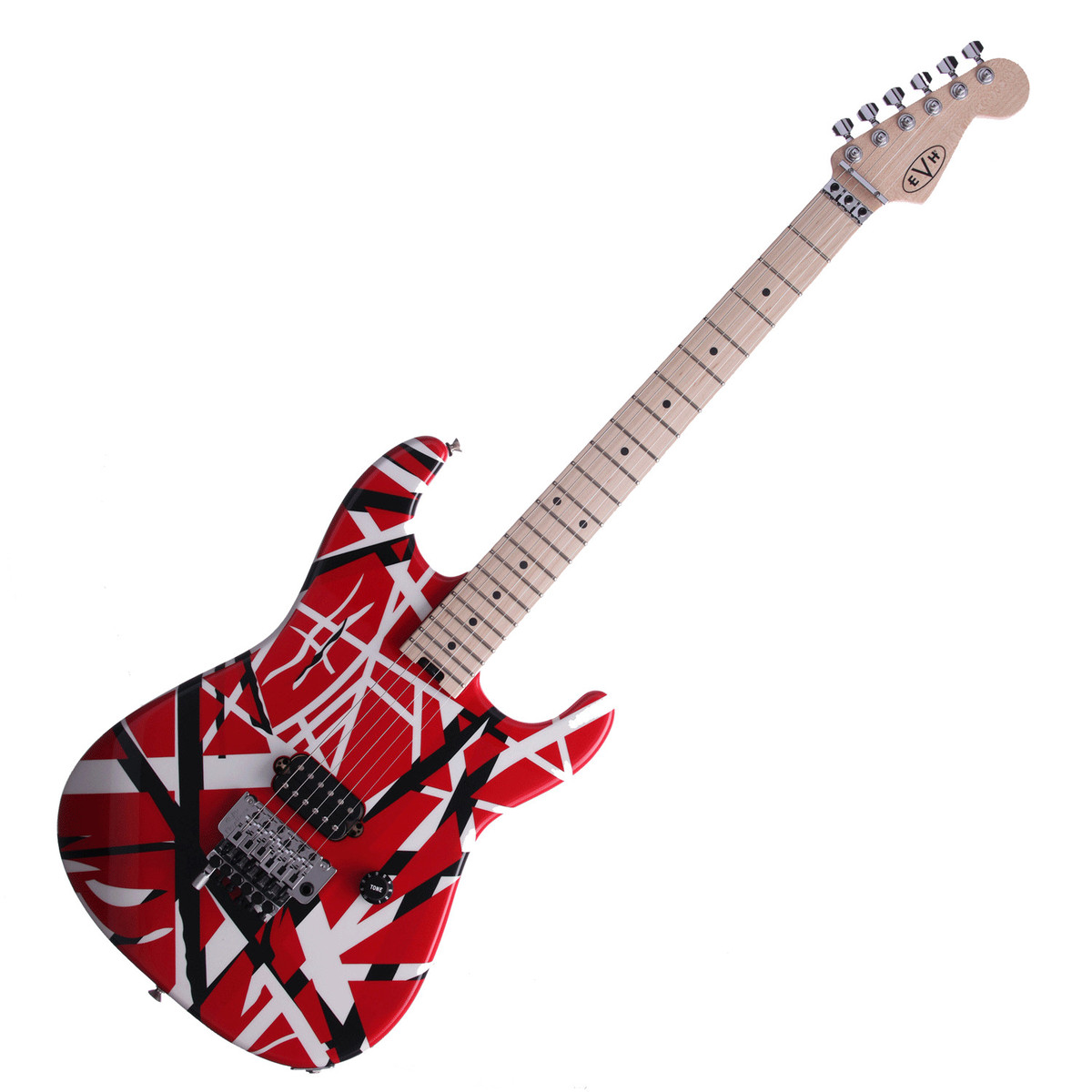 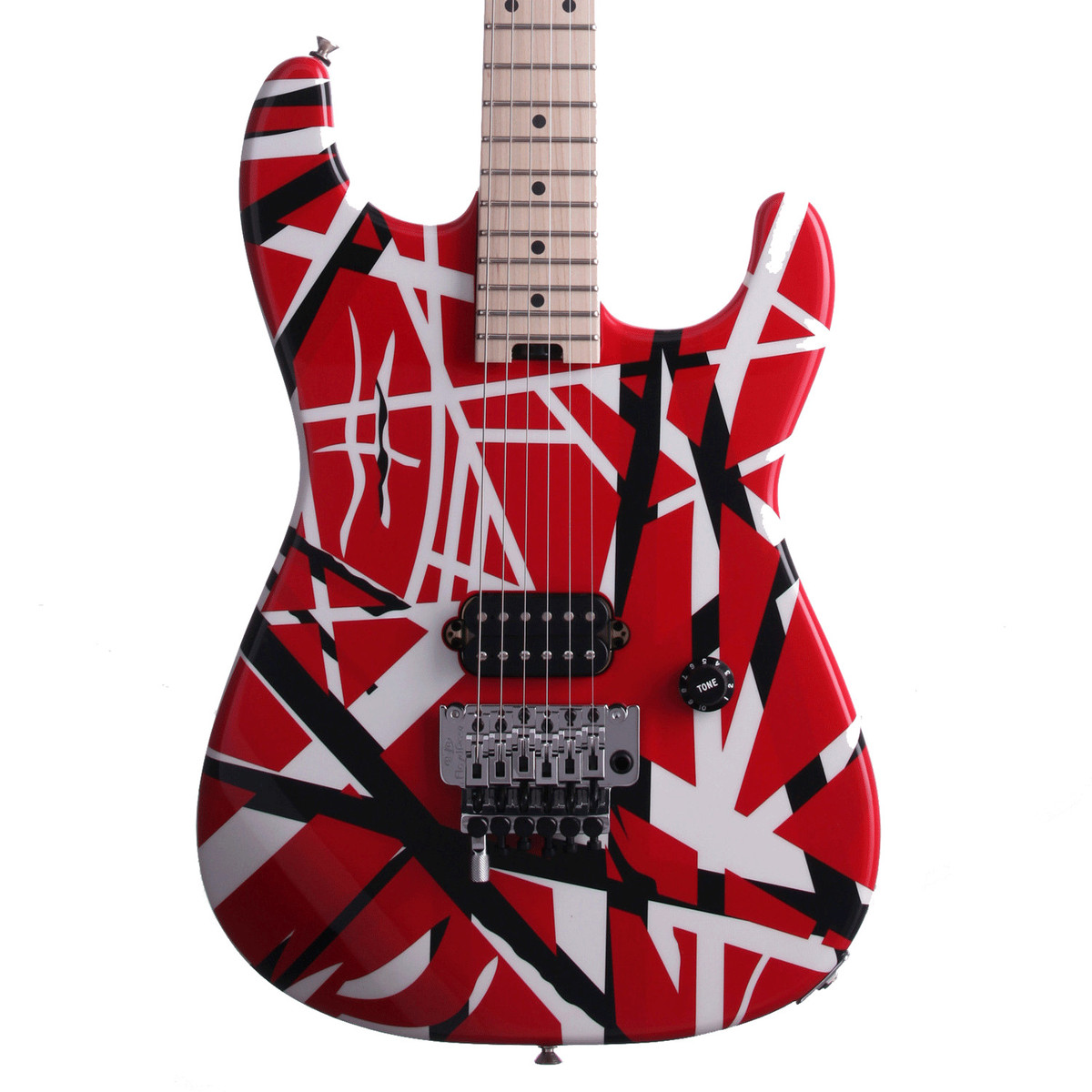 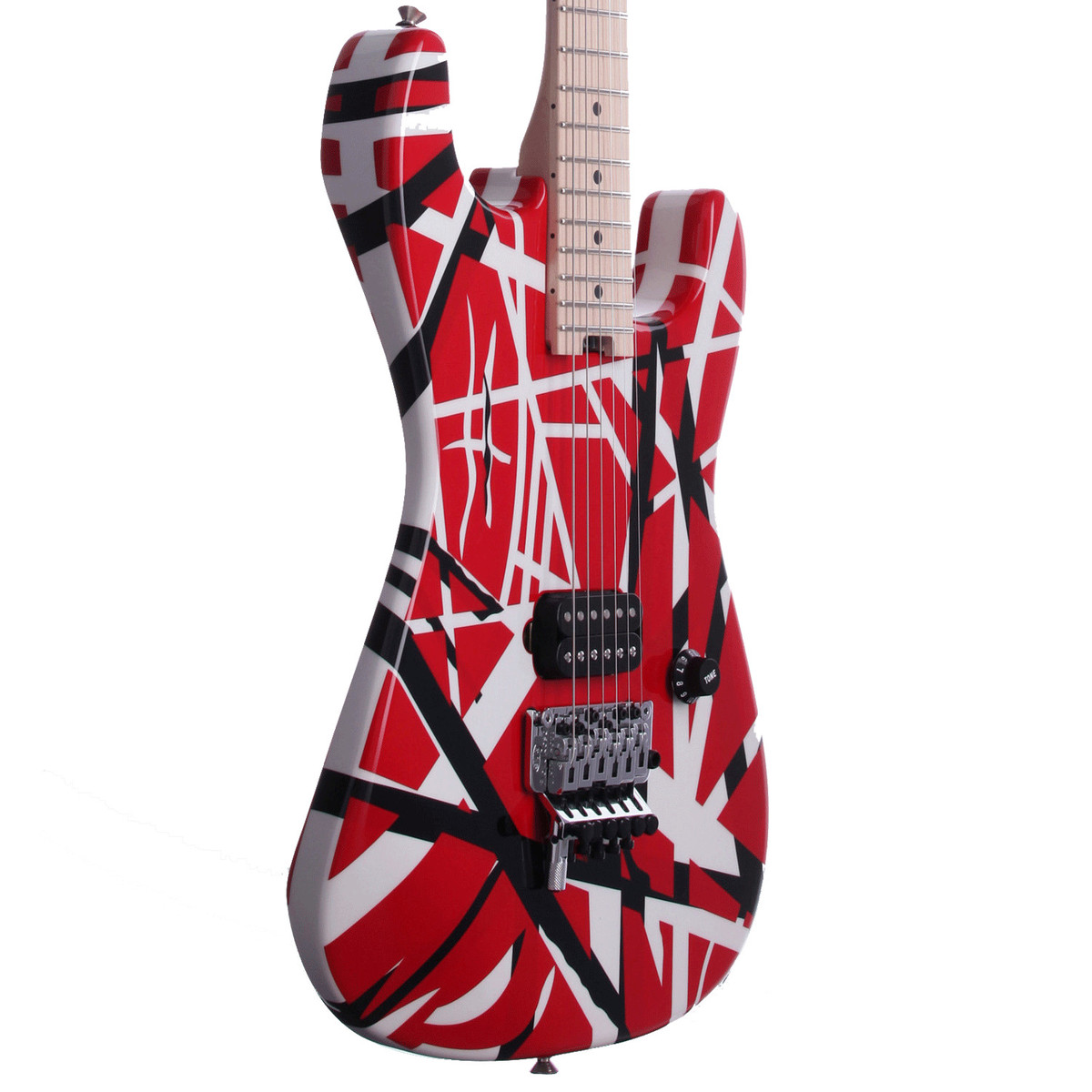 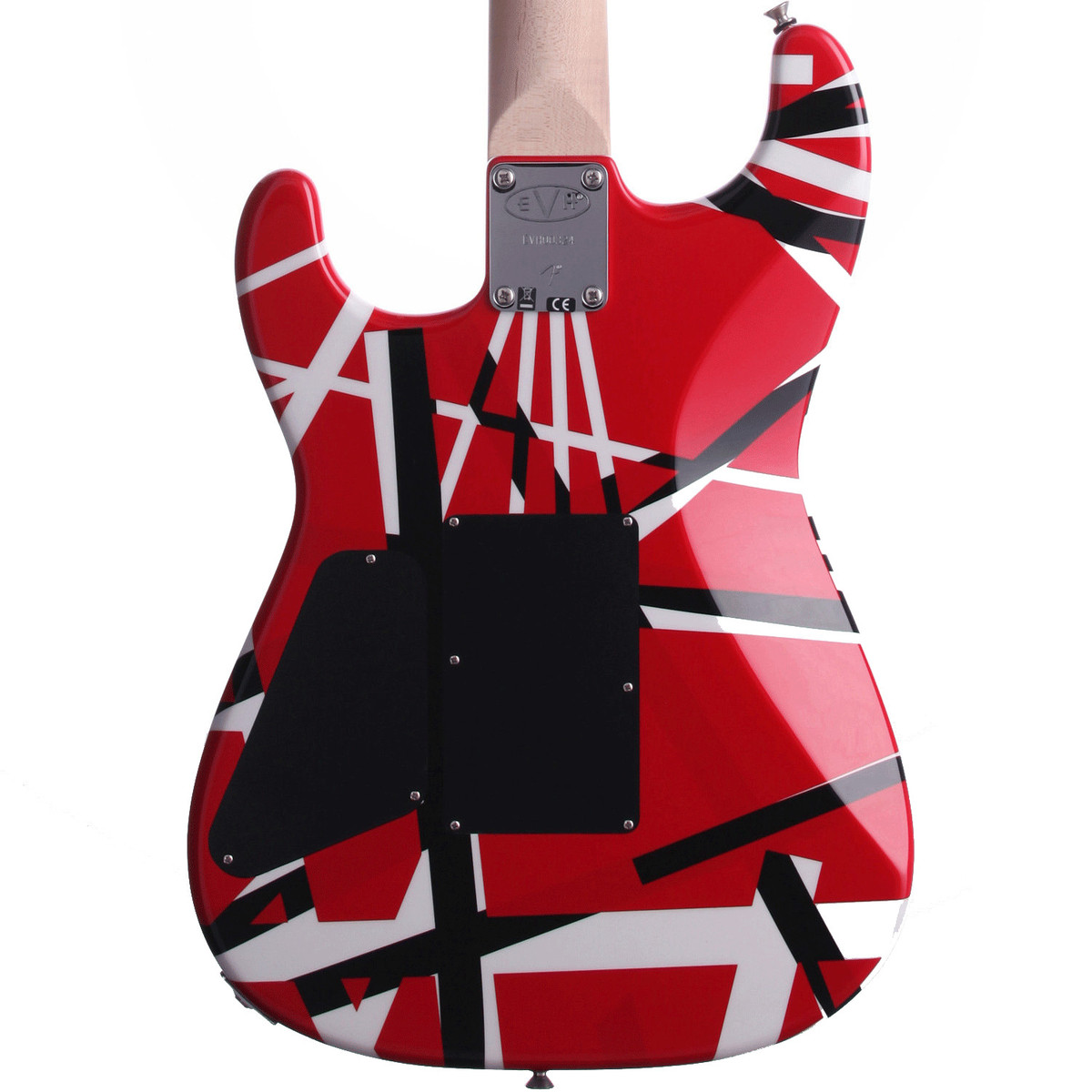 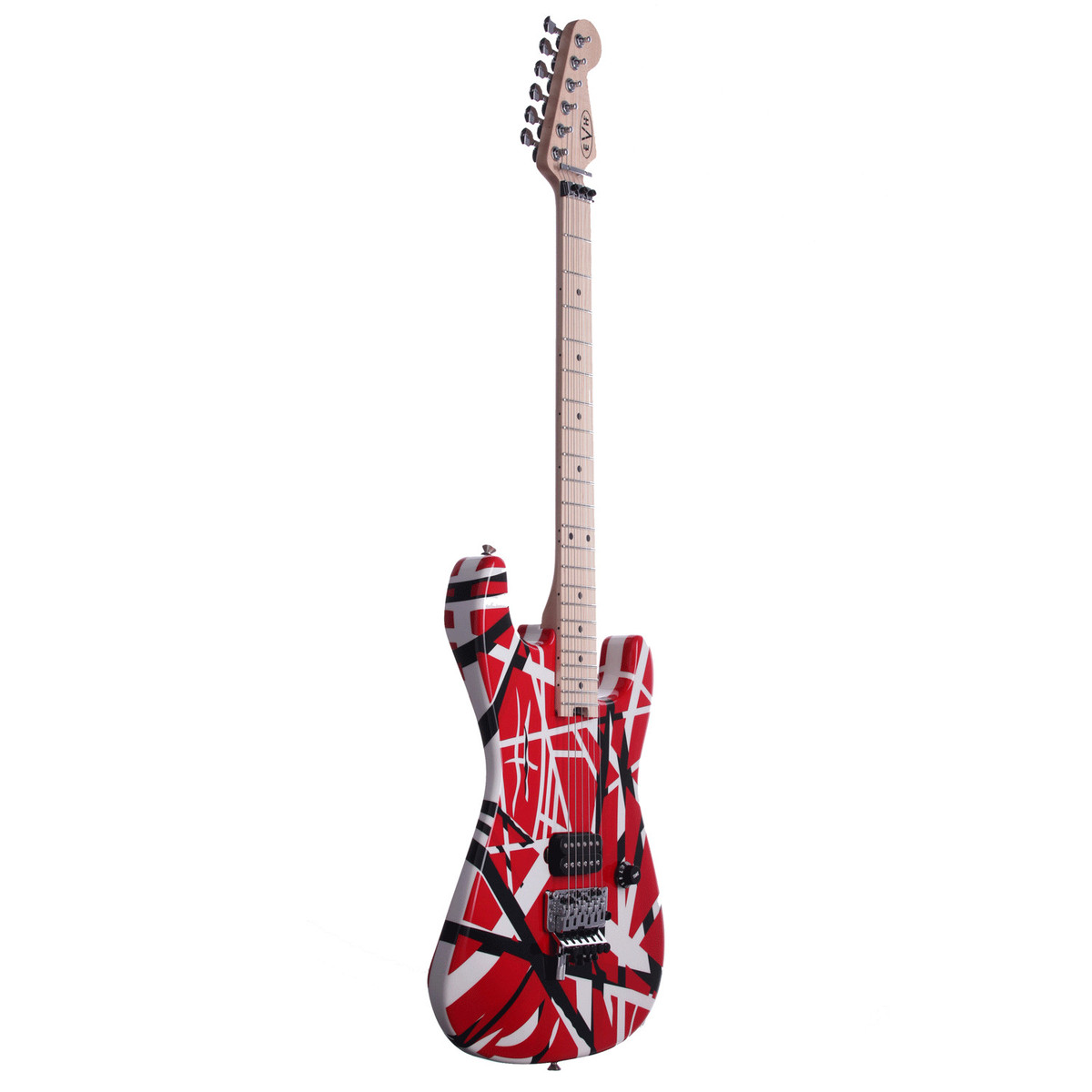 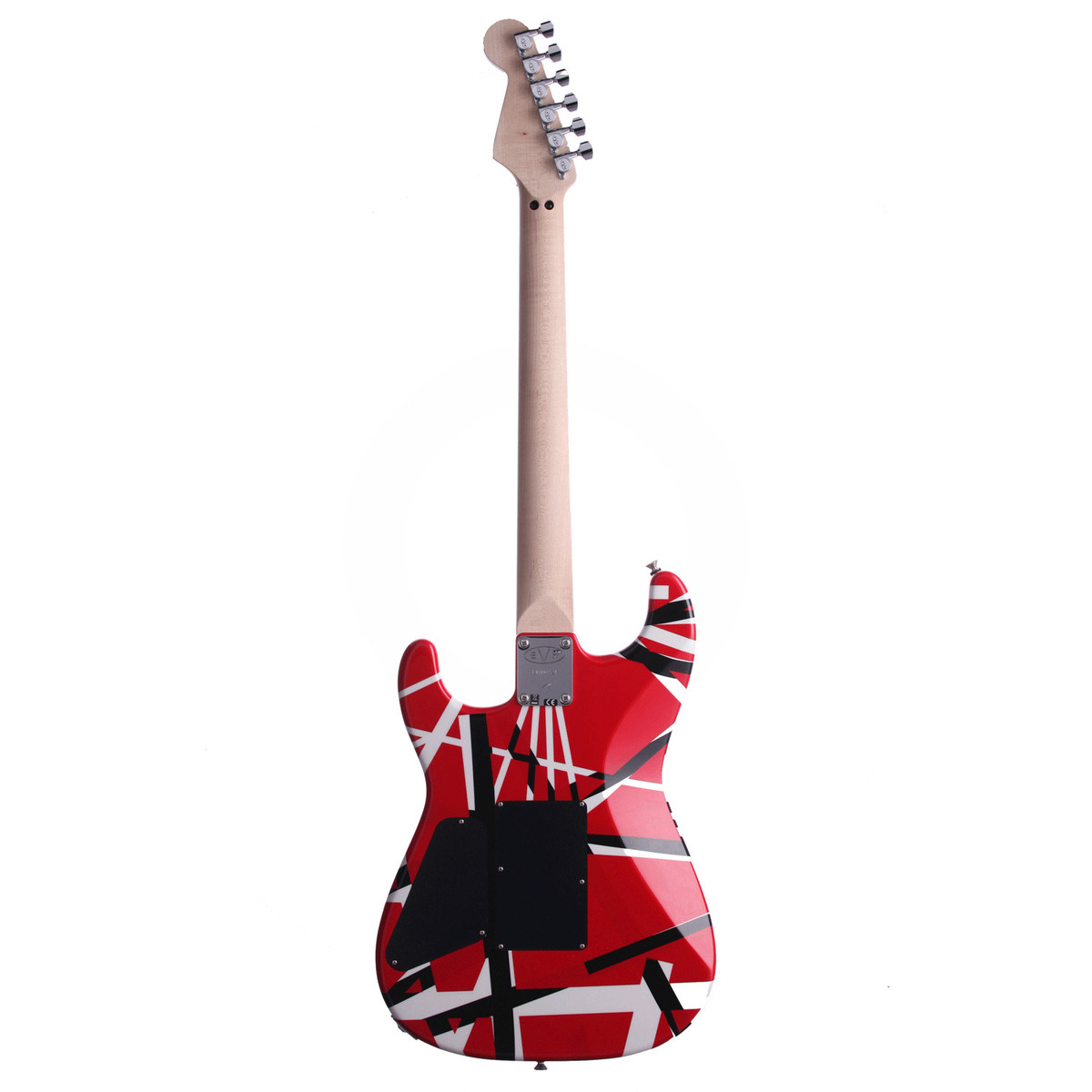 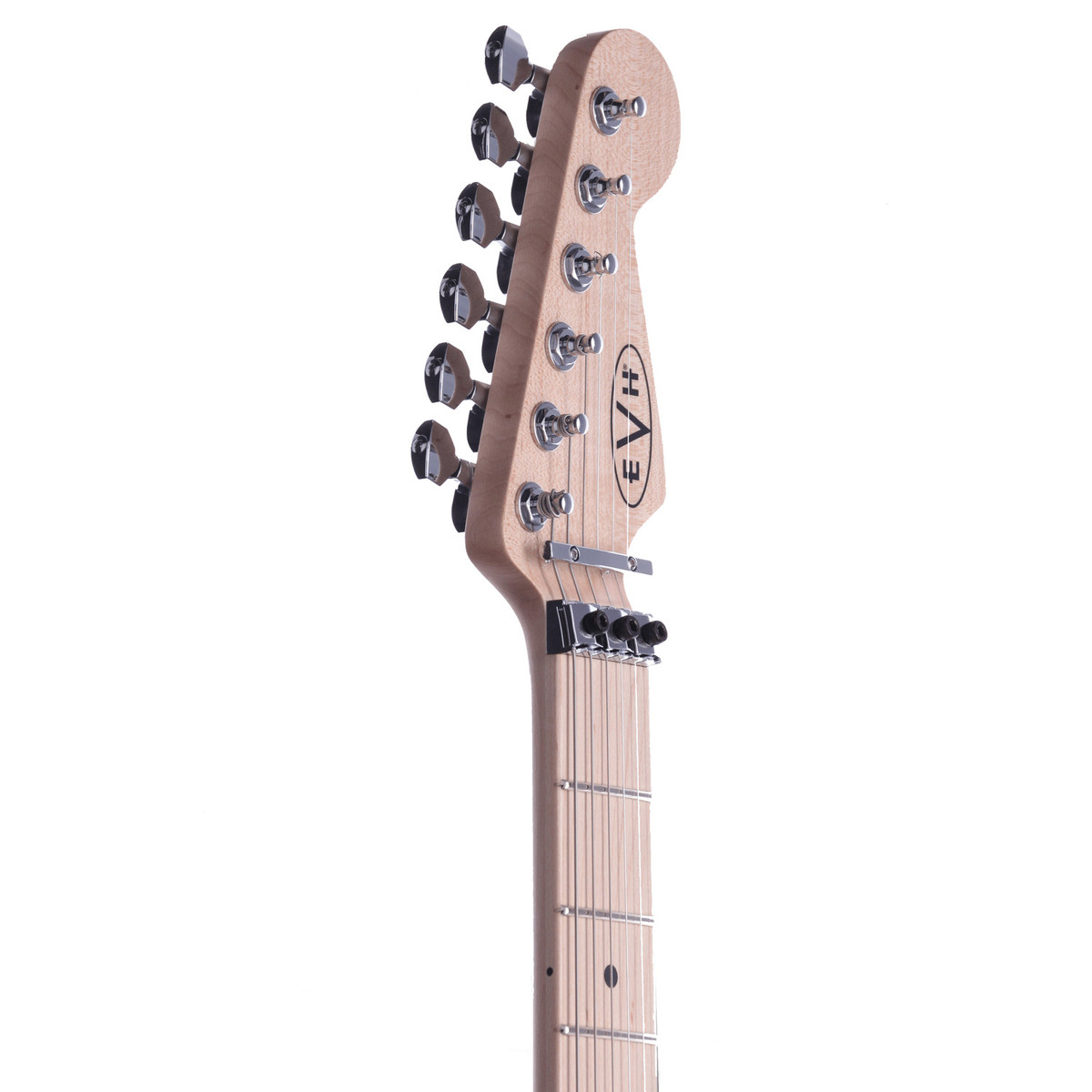 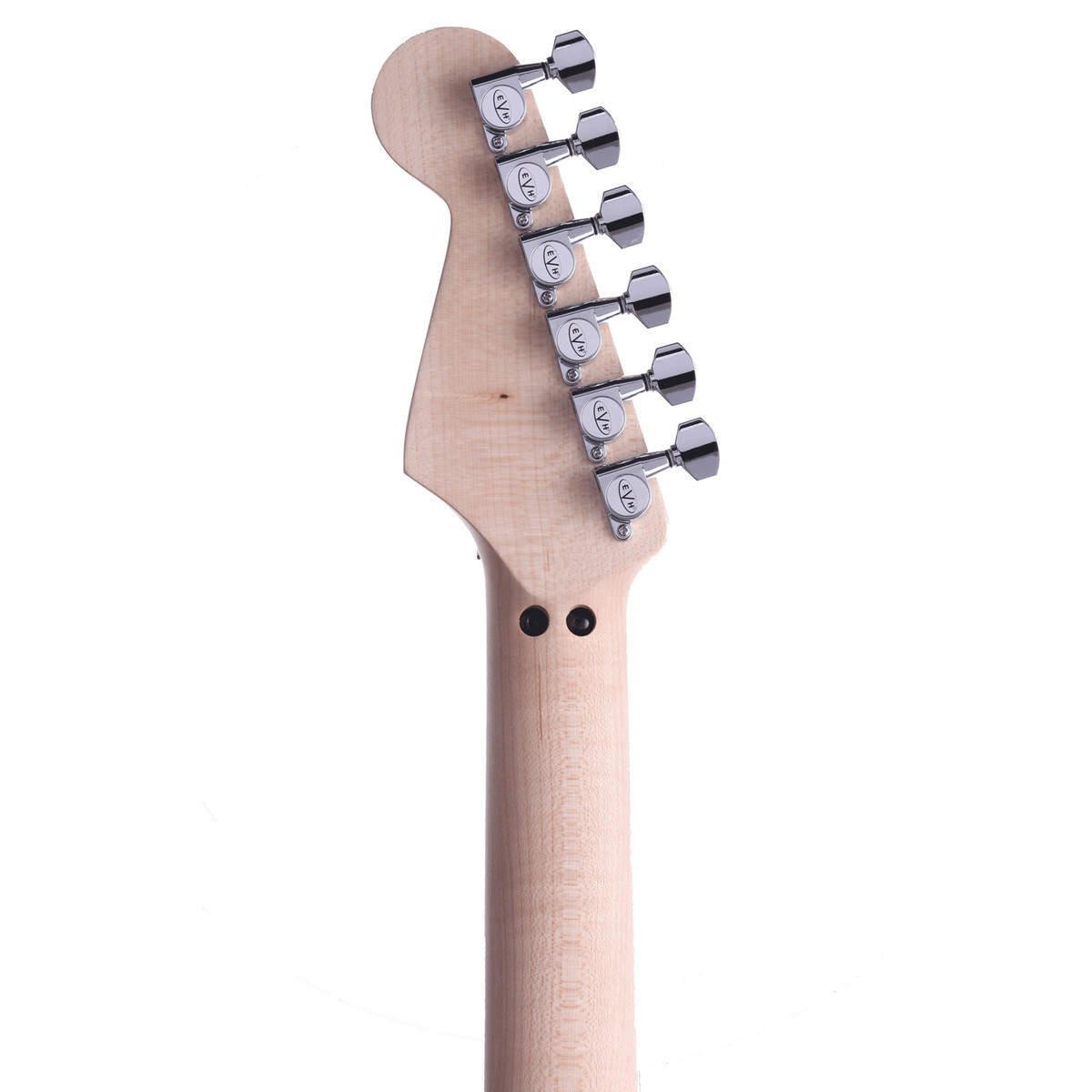 It won't bite. But its sound has plenty of bite. The EVH Stripe Series guitar is modelled on a piece of rock history, having become a huge part of the legendary Eddie Van Halen's iconic image. Legend has it that Eddie took a saw and cut out a chunk of his angular offset guitar, then painted his famous stripes onto the surface. The result was the Shark, which this guitar is modelled after. Loaded with a single EVH Wolfgang pickup, it is an instrument of immense sonic power, capable of firing out electric tone and handling the most technical of guitar riffs.

Ferocious yet refined. Underneath the spectacular visuals of this guitar, there is a wealth of guitar crafting expertise which helps to bring it to the status of a professional's guitar. A maple neck offers bright resonance and smooth manoeuvrability. On top of this, the maple fretboard has a beautiful tone and fast playability, which allows you to fly around the frets unhindered. More than a sight to behold, this guitar will revolutionise your riffs.

A solitary Wolfgang. The single EVH Wolfgang pickup in the bridge position will give you more aggression and bite than a frenzied wolf. It boasts mountains of power with which you can make your music sound absolutely huge, and you won’t look back once you've heard its tonal dynamism. It will bring out the intricacies of your rhythm playing, adding definition and clarity as well as a tonne of raw saturation and attack. Solos with soar with sustain and clarity. Even on clean settings it will produce a powerful response, making everything sound bright and emotive.

Neck of the beast

Ferocious speed. You'll be flying along the neck as you explore its smooth sureface. Built to accommodate fast, Van Halen type riffs, it offers the ultimate playability and unrestricted access to each fret. It comes with a satisfying, bright maple fretboard, which also feels superbly smooth underneath your fingertips. As such, you'll have no trouble playing both rhythm and lead, as well as improvising on the fly. With a neck like this, you can unleash your inner shred demon and hunt down each note you want to play without fail.

For the Floyd Rose fanatics. This guitar comes with a high quality Floyd Rose FRT tremolo system, so you can go wild with the whammy bar. Because of the locking system, you can bend notes to a ridiculous degree without harming your tuning. And you can throw those magic divebombs into your riffs at will. Then there's the EVH D Tuna, which lets you switch between E standard and drop D tunings in an instant – no more fiddling around with screws. Completing the show are EVH tuners, which hold your strings firmly in place and in tune. This is an instrument for true performers.