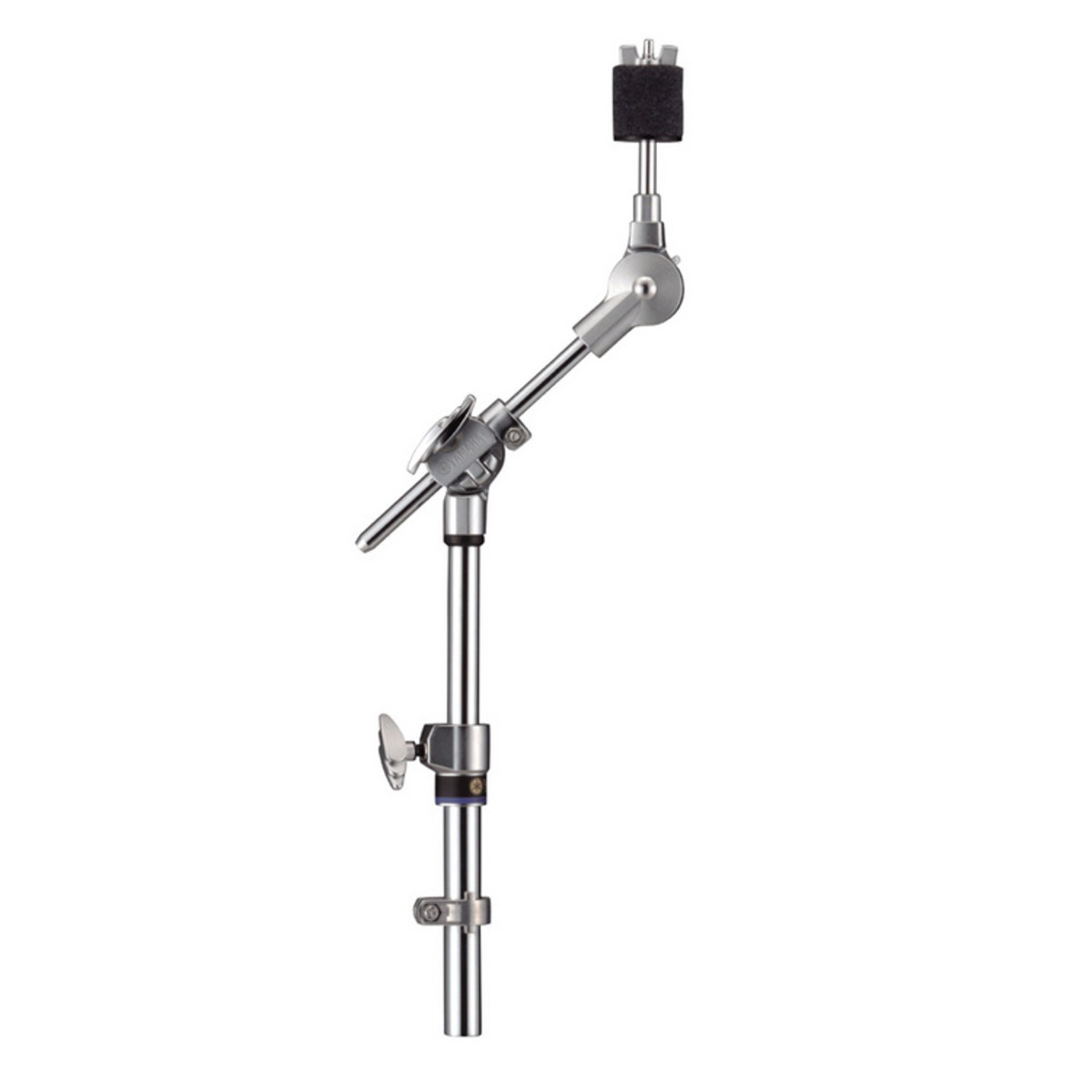 This short boom cymbal holder attaches to Double Tom Stands and Tom Holders, while CS Attachments can be used to attach cymbal holders to cymbal stands.

The Centre Tilter, long popular among knowledgeable players, has been revived in the CS700/CH700 Series, CSAT942/940 and CWH940 series. By supporting the weight of the cymbal at the center, greater stability is achieved.

Retaining YAMAHA's traditional gear mechanism, we now introduce the "clipping" method for securing the boom arm. Through this specification, the main unit of the boom arm becomes more resistant to scratched. It ensures extra peace of mind, even during complex setup adjustment. It begins with the CS700/CH700 series.

A polycarbonate tilter sleeve encases just enough of the head bolt to provide optimum securing of the cymbal. Utilization of a wing nut lets you play the cymbal bell without it getting in the way of the stick.

Specially designed by Yamaha, the nylon bushing holds the pipe firmly in place even when lightly tightened. Since the wing bolt is tightened through a steel nut, the durability of the bolt is increased.