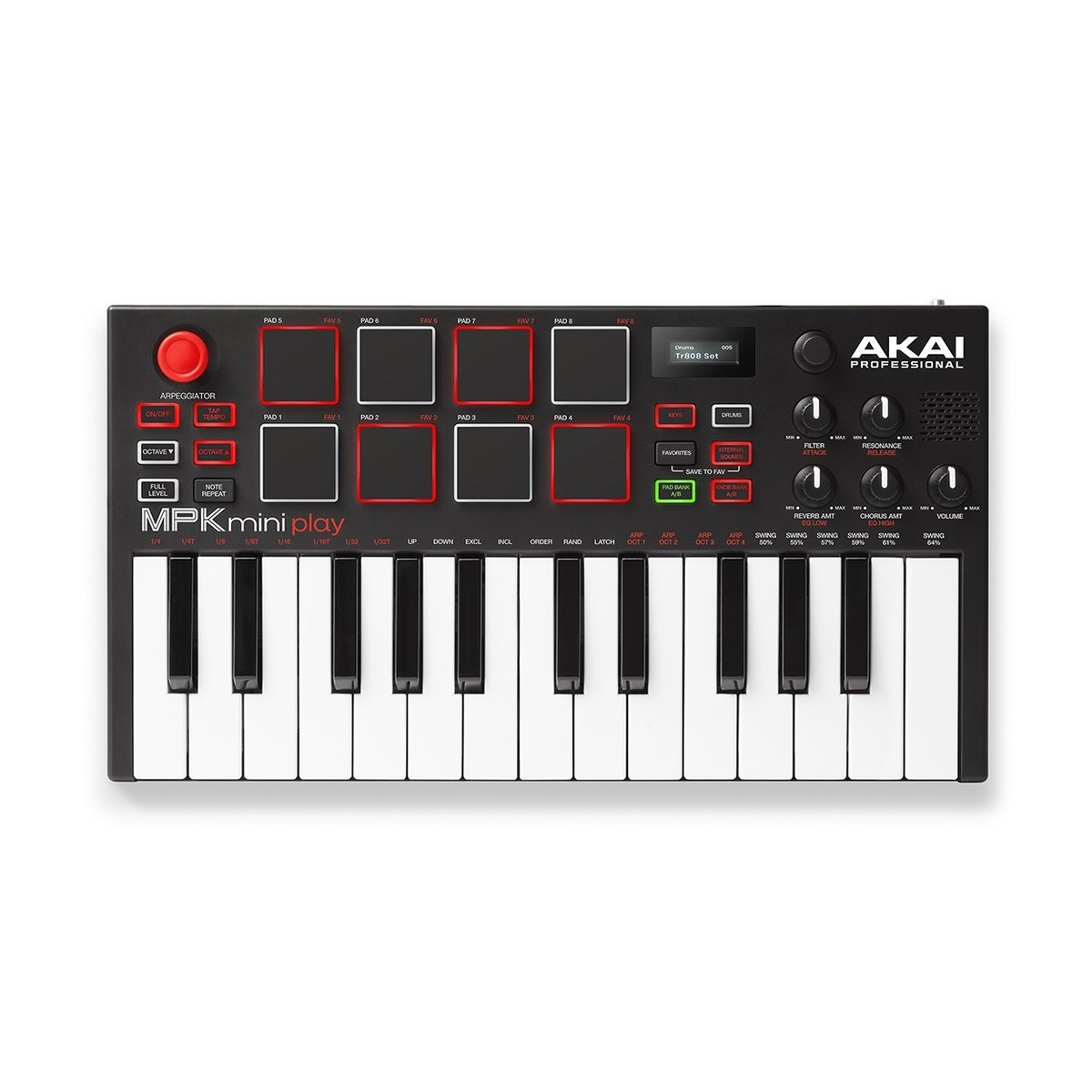 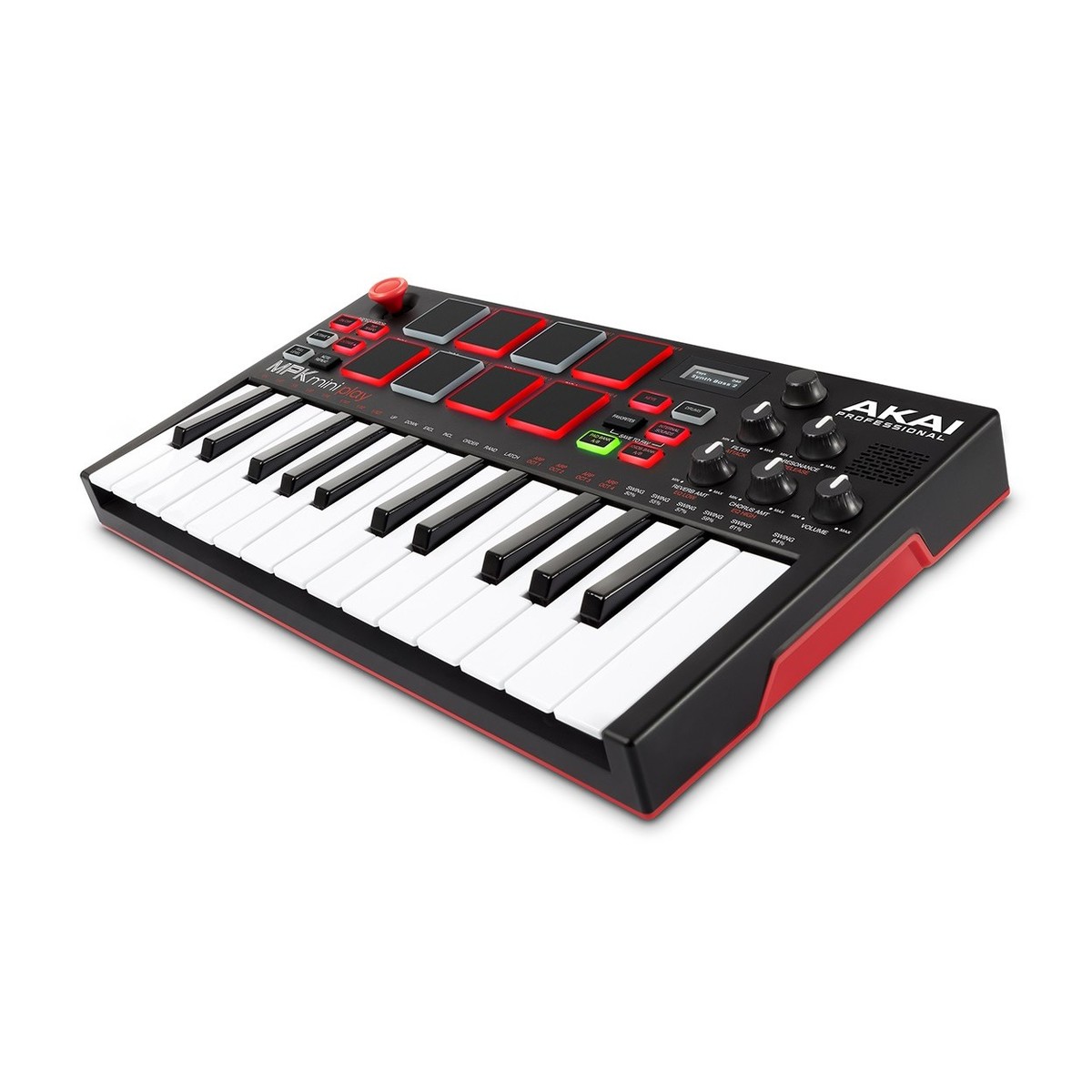 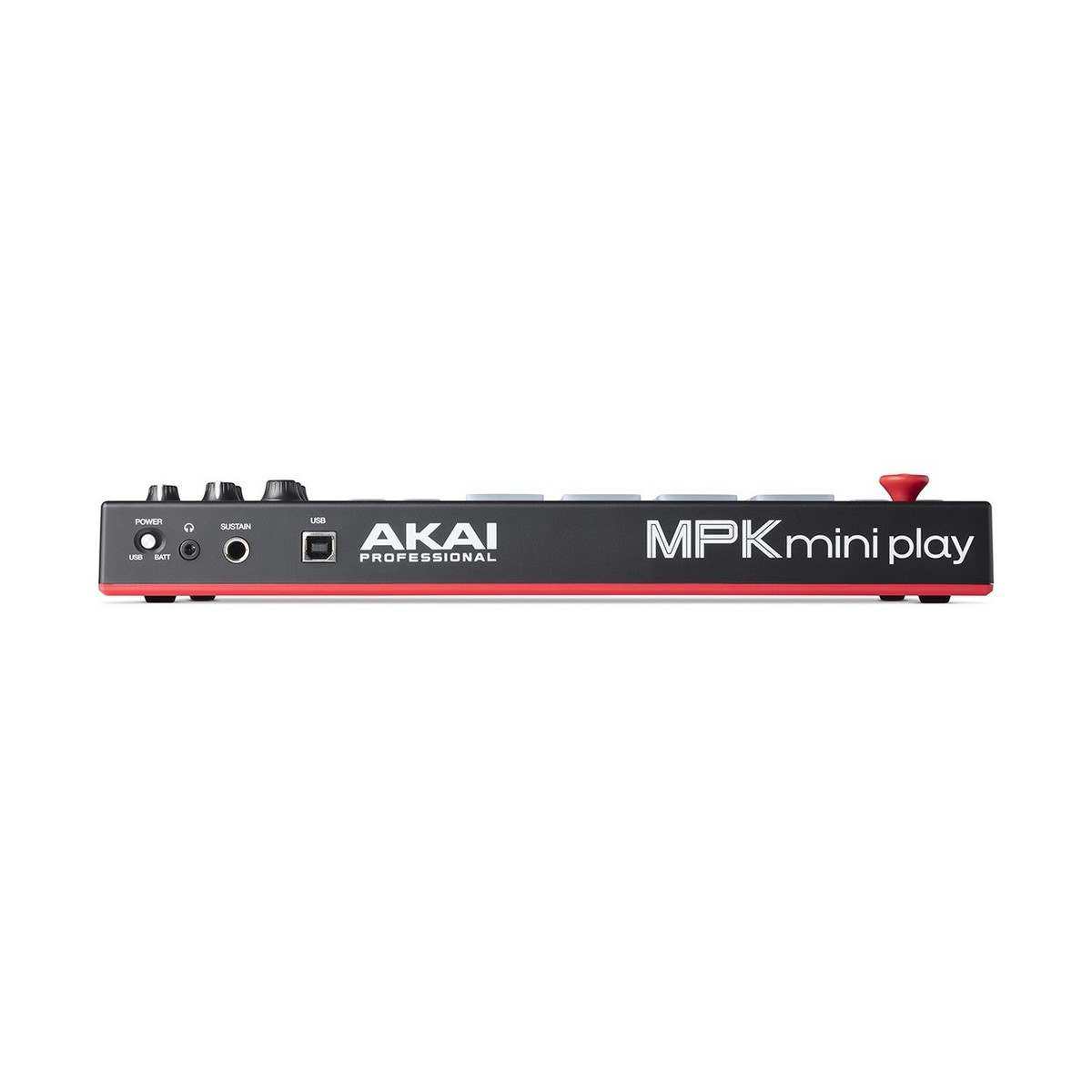 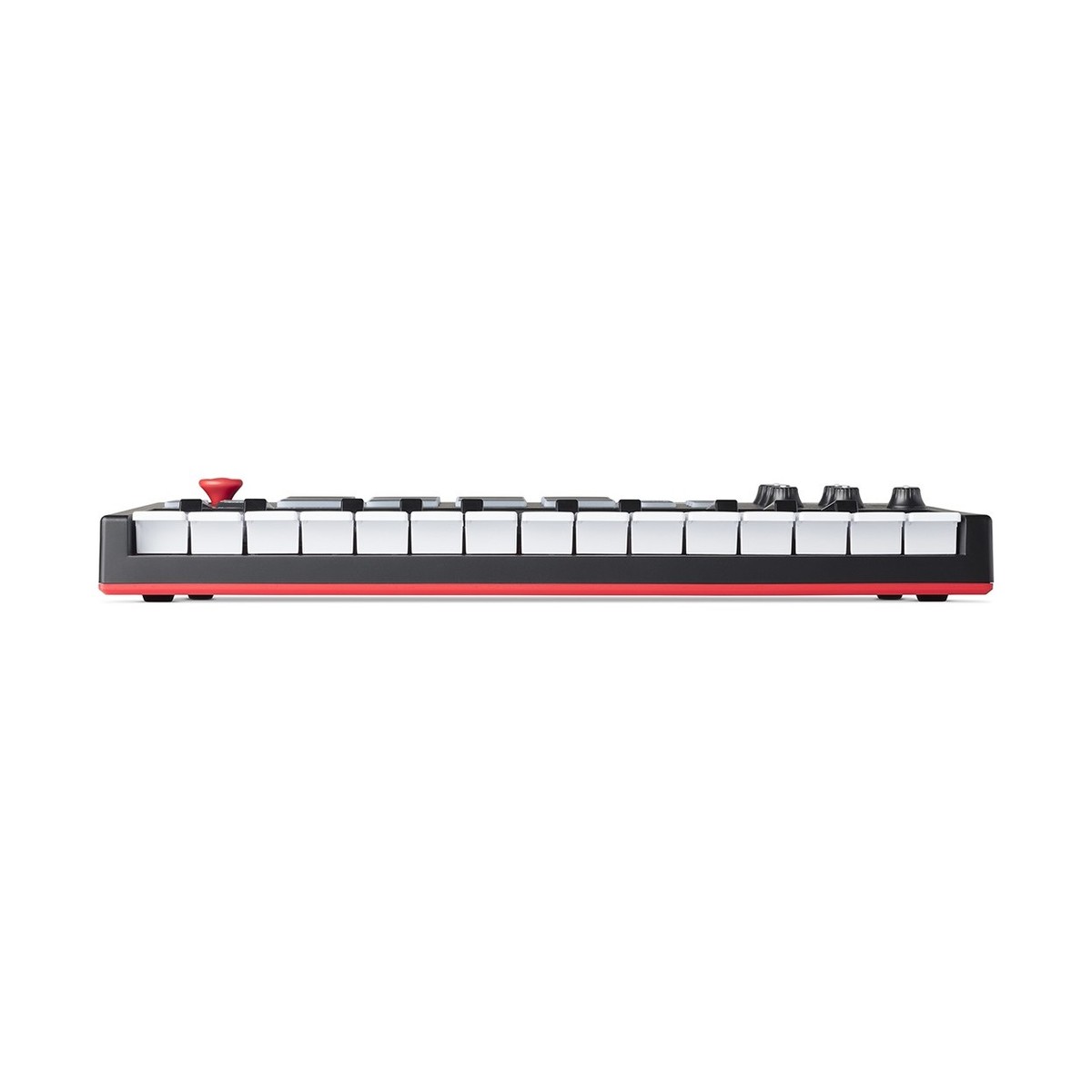 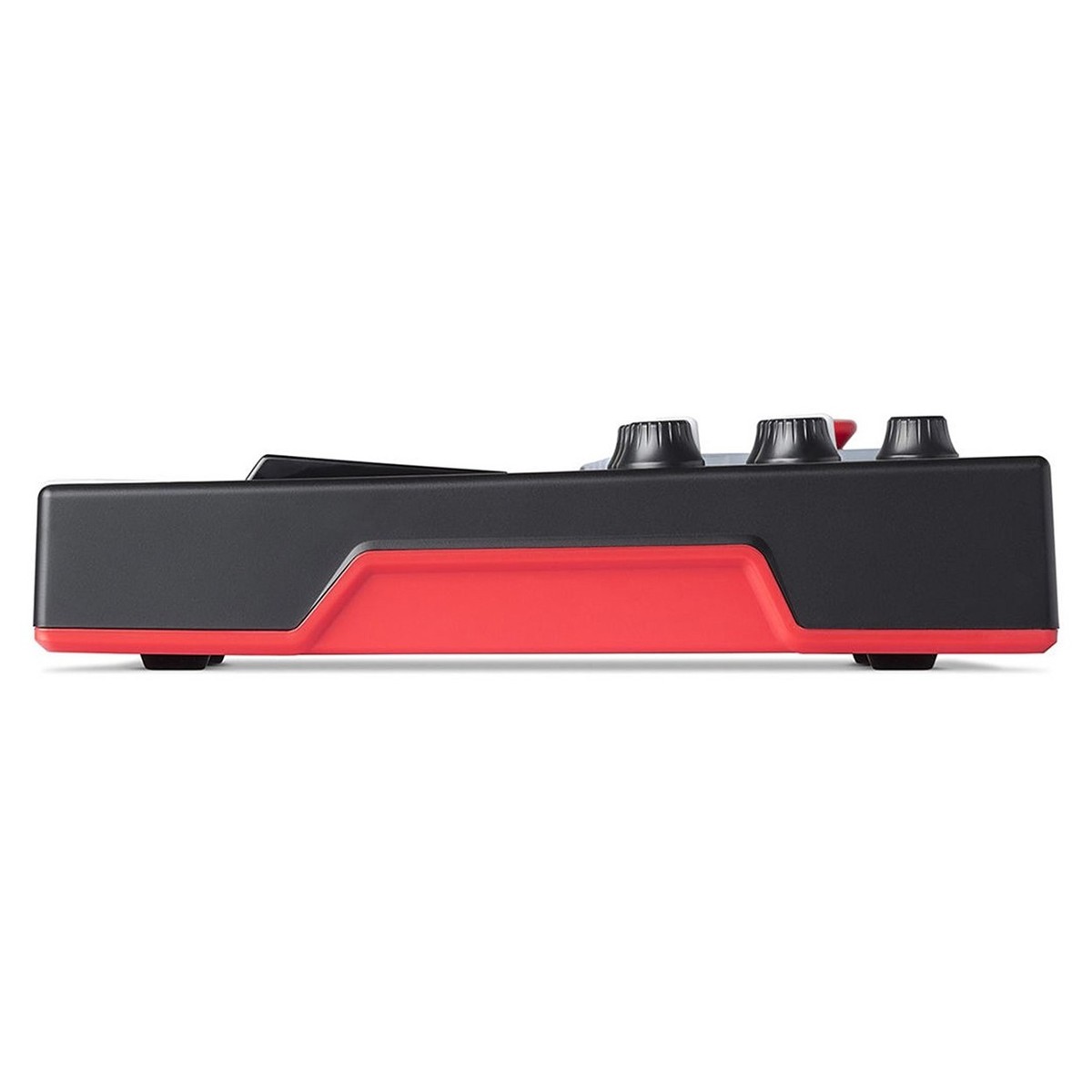 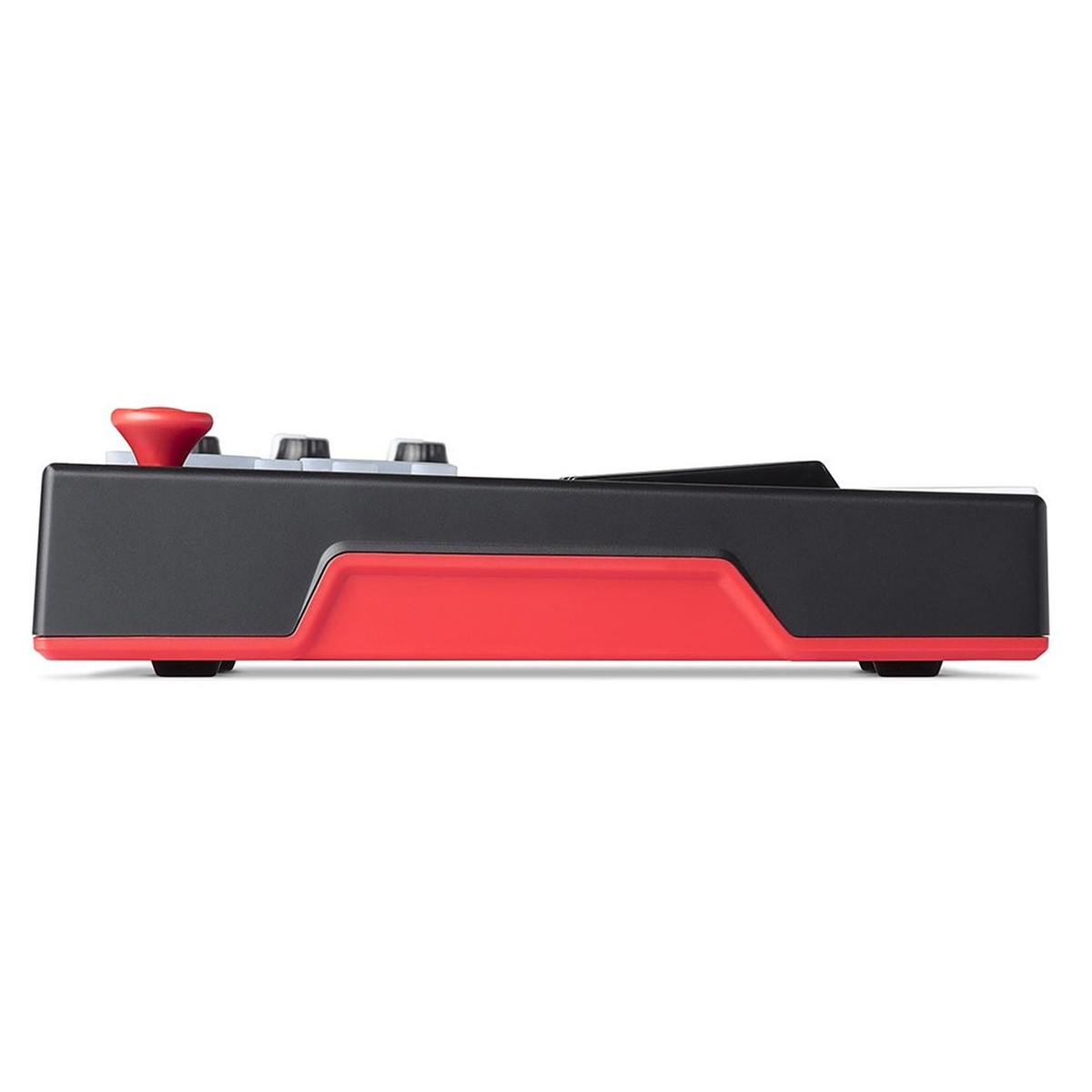 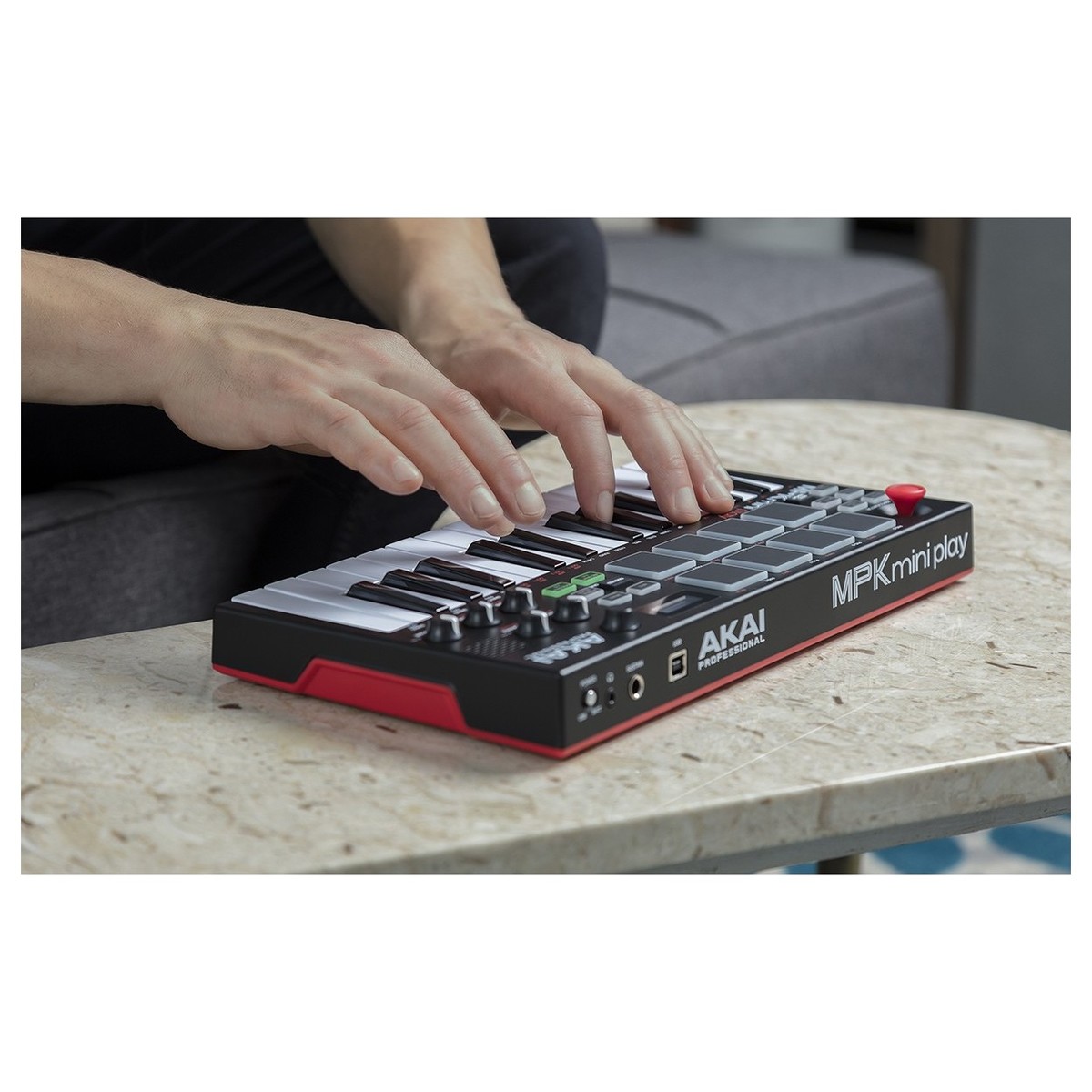 The industry leader just got better. Sculpt your sound on the go, with the new Akai MPK Mini Play. Use the internal speaker or plug in your headphones for hours of creative fun. Use any of the 25 velocity-sensitive keys with access to 128 instrument sounds or any of the 8 famed Akai drum pads with the 10 built-in drum kits.

This is combined with the same plug-and-play MIDI capability that made the MPK Mini 2 the world's most popular MIDI controller. Make music, anywhere, any way you want. The MPK Mini Play is the essential production and musical tool.

The world’s most popular MIDI controller has evolved. The Akai Mini Play is the next step in the market leading MPK series. With a new built-in sound engine, the MPK Mini Play’s versatile and portable nature gives you the freedom you need.

With a speaker and headphone output built directly into the unit and powered via USB or three AA batteries, you can use the Play anywhere. You can navigate through the 128 sounds with the clear OLED screen on the front of the Play and get to work using the 25 velocity-sensitive mini keys. Make the beat that’s stuck in your head a reality, with 10 drum kits that map to the eight signature Akai drum pads.

The Akai Mini Play is the solution to the problems that thousands of creative minds and producer’s face. Musical independence has never been so versatile, yet so accessible.

Featuring the same hardware controls as the previous MPK Mini 2 model, the Play now features a vast amount of dual layer functionality. These functions give you even more options to adjust integrated sounds to your needs.

Add four additional effects to the integrated sounds within the Play. To do this, simply press the Bank Select button and set it to Bank A. This will then allow you to apply reverb, chorus, filters, and resonance to the sound selected within the Play. When in Bank B, you can access attack, release, low EQ, or high EQ settings for the internal sounds, allowing you to further sculpt your sounds and tones.

You’re also able to recall your favourite sounds using the drum pads on the Play. If you come across a sound or pre-set you adore, just hold down the Favorite and Internal Sounds button simultaneously and assign to one of the eight drum pads. Re-call these easily by pressing the Favorite button and then press the drum pad you assigned that sound to and you’re ready to produce.

Additional hardware controls allow for a quick access to recording features, as well as Octave Up and Down buttons, meaning you can take your 25 keys across all octaves. As well as an onboard arpeggiator, note repeat, and Joystick to control modulation and pitch shifting, all built into the MPK Mini. It is a producer’s dream in a portable package.

Easy to use with software

The MPK Mini Play, much like it’s MPK Mini 2 predecessor, is the perfect MIDI controller for any DAW (Digital Audio Workstation). Like many MIDI devices, the MPK Mini Play is a plug and play MIDI controller. Once plugged into your computer, laptop, or even iPad your music software of choice will recognise that the MPK is plugged in. This will then automatically allow MIDI instruments to be controlled and played using the MPK.

The MPK also features its own software that unlocks even more potential. MPK mini MIDI Editor will allow you to dive into every detail of the MPK and re-map your controls to any MIDI setting you use within your DAW.

The MPK mini MIDI Editor also gives access for up to four different programs, giving you capability of four MPK’s worth of features. These are then saved and easily re-callable using hardware on the instrument.

If you’re using a software synthesizer with the MPK Mini, you can assign the control knobs to various Filters, LFOs or Envelopes using this software. You can also assign specific sounds and triggers to the two banks of drum pads using this software, as well as a host of other settings and controls.