How To Tune A Ukulele

Whether you play the classic soprano or you’re venturing out to the depths of a baritone, the first step to achieving that magical uke sound involves paying special attention to the tuning. Even the guitarlele and banjolele are easy to tune if you know how. From chromatic tuners to tuning by ear, you’re sure to find a method that suits you. And once you’re all tuned up, you’re ready to go.

To show how easy it is to tune your ukulele, we got Laurie to do a quick demo in the studio using this affordable clip on Ukulele Tuner.

First thing’s first, know what you’re aiming for. Ukuleles come in all different shapes and sizes, and some of them need to be tuned differently. Standard tuning is gCEA, and this goes for soprano, concert, tenor, and even the banjolele.

A lower-case ‘g’ refers to re-entrant ¬tuning, which means its pitch resides in high G. If you’re a guitarist wanting to explore the beauty of the uke, having a higher note on the bottom string might seem strange. But for the uke it’s normal. The two outer strings are usually played at higher pitches on a uke, as opposed to a linear progression from low to high as seen on standard guitar tuning.

Baritone ukulele tuning, however, is an exception to this. Baritones are typically tuned DGBE and are not re-entrant, meaning the strings actually do go from low to high.

Speaking of guitars, for musicians who enjoy the hybrid nature of a guitarlele, your tuning isn’t a whole lot different. Guitarlele tuning features standard uke tuning on the top four strings – GCEA – with the addition of the bottom two strings tuned AD. Bass ukes are then tuned two and half octaves lower, at EADG, which is the same as a typical bass guitar.

How to tune a ukulele with a tuner

One of the easiest, most common ways to tune your ukulele is with an electric tuner. Particularly handy for when you’re performing, a clip-on tuner attaches to the headstock of your uke and allows for quick, easy adjustments. Take the Korg HeadTune Clip-On Tuner for example, a specific ukulele tuner, it features a uniquely sculpted shape that fits perfectly to the compact headstock a uke.

The benefit of a chromatic tuner is that you can see just how accurate your tuning is. Once you’ve switched the tuner on, all you need to do is turn the tuning pegs according to the LED meter, which will tell you if the note is too sharp or flat. For example, say you’re tuning the top A string (the thinnest, highest string), if the meter is signalling the note as being Bb, B, or anything higher, then you know to loosen the string, gradually dropping it in pitch until it lands on A.

Similarly, if the tuner says it’s Ab or anything lower, then you know to tighten the string, making the pitch gradually higher. Don’t forget to check that you’re rotating the right peg, you don’t want to be adjusting the wrong string!

If you play the guitarlele, the same method of tuning still stands, however you will need a guitar tuner rather than a ukulele tuner which is meant for four strings. Something like the Boss TU-02 Chromatic Clip-on Tuner will suffice, as it is meant for a range of string instruments, including both guitar and ukulele.

Exceptional accuracy is granted by a chromatic tuner, and it’s quick to use too. You’ll have that extra assurance that you’re in tune, rather than relying on your own judgment, which makes it a reliable tuning method for beginners. 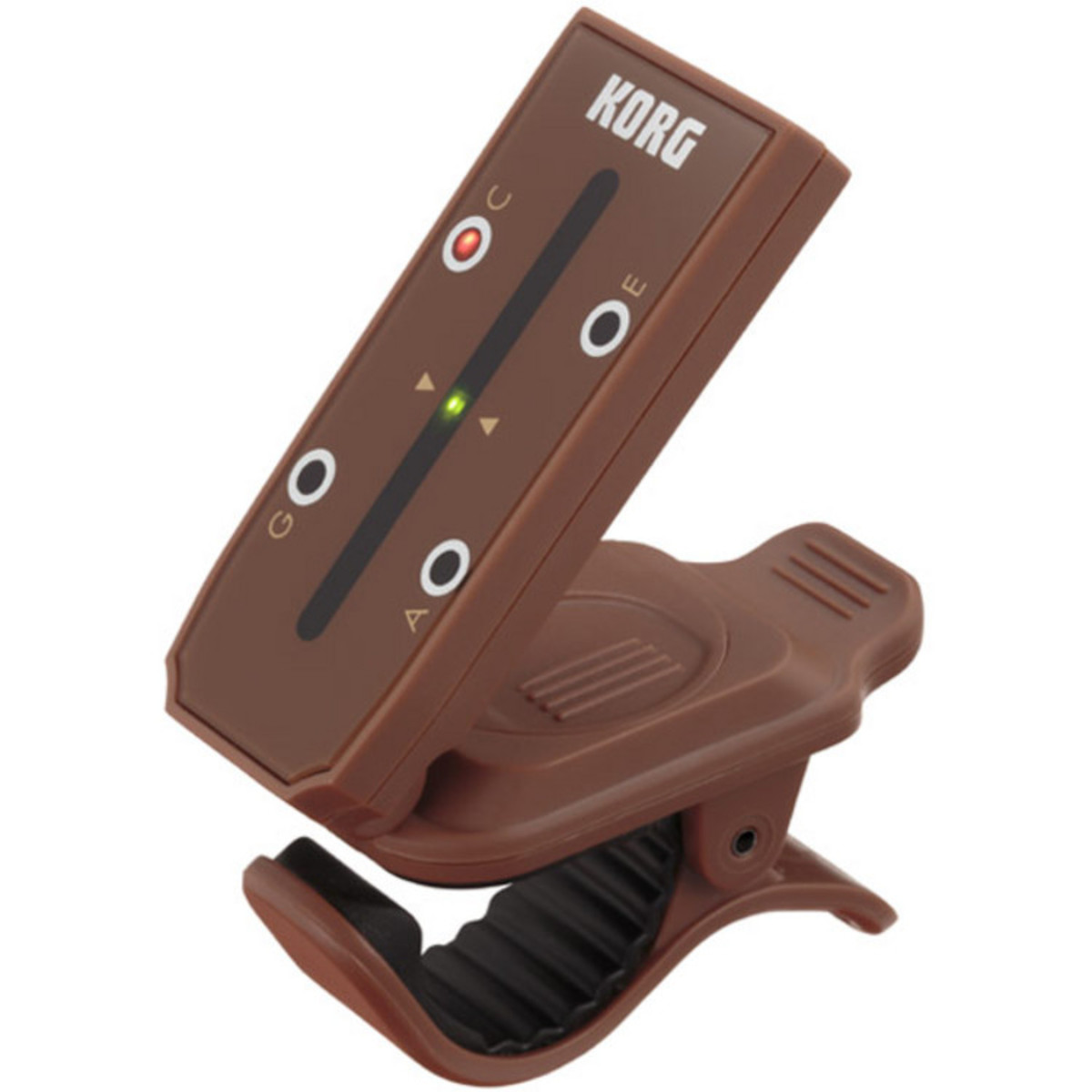 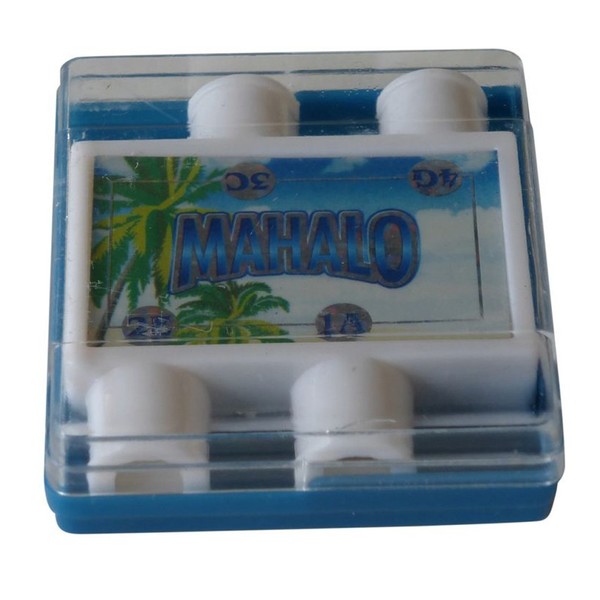 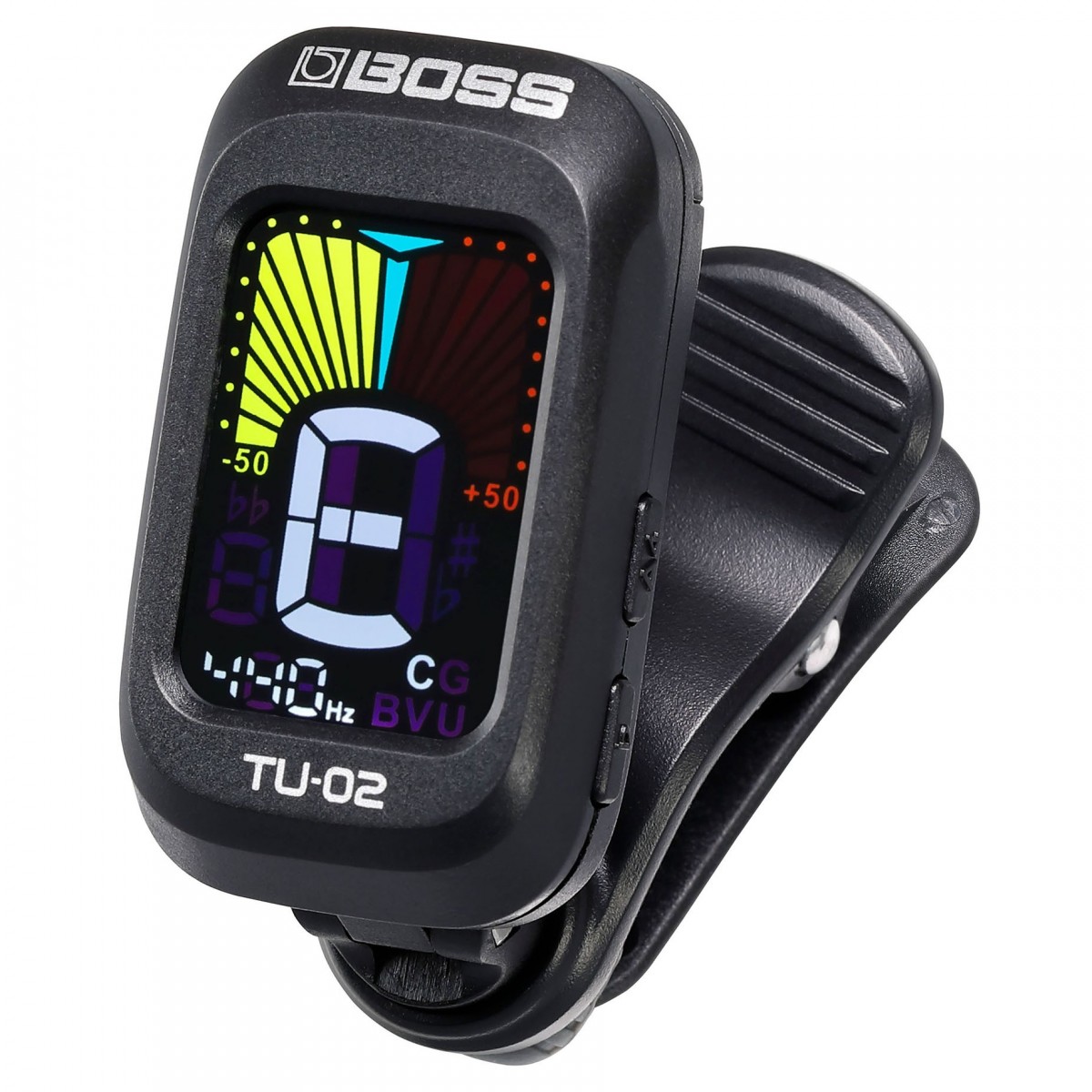 How to tune a ukulele without a tuner

The chromatic tuner is perfect for uke players who are just starting out, but some musicians require the ease and convenience of tuning up in a self-sufficient way.

A piano, tuning fork, or pitch pipe will all do the job and allow you to tune your instrument by the power of listening. You can tune all the strings this way or you might find it easier to tune a single string and use it as the basis for the other pitches. What you do need though, is a good ear, as your tuning will depend on it. No pressure.

Let’s assume we’re going by standard tuning (gCEA). Adjust the G string until it sounds the same pitch as the note played on either your piano, fork, or pipe. Once they both ring out with precise sonic alignment, you’re good to move onto the other strings.

Play an A on the G string (the second fret) and use this note as a mirror for the top A string. Their pitches should match perfectly, so keep loosening or tightening the A string until it does.

Finally, we come to the C string. Slide your finger to the fourth fret of this string and you’ll land on E. In the same way you tuned the previous string, adjust the C string peg until the E matches the pitch of the E string next to it.

A few strums of various chords should notify you of any strings that might need extra attention, but hopefully they’ll all sound perfectly in tune. Once you’re strumming with pure pristine goodness, you’re good to go.

This method might be slightly more time consuming to begin with, but it is a useful way to train your ear. Plus, when you’re up on stage performing and you notice a string falling flat, this method allows for quick and easy tuning adjustments that doesn’t require any extra equipment.

See All Tuners
See All Ukuleles