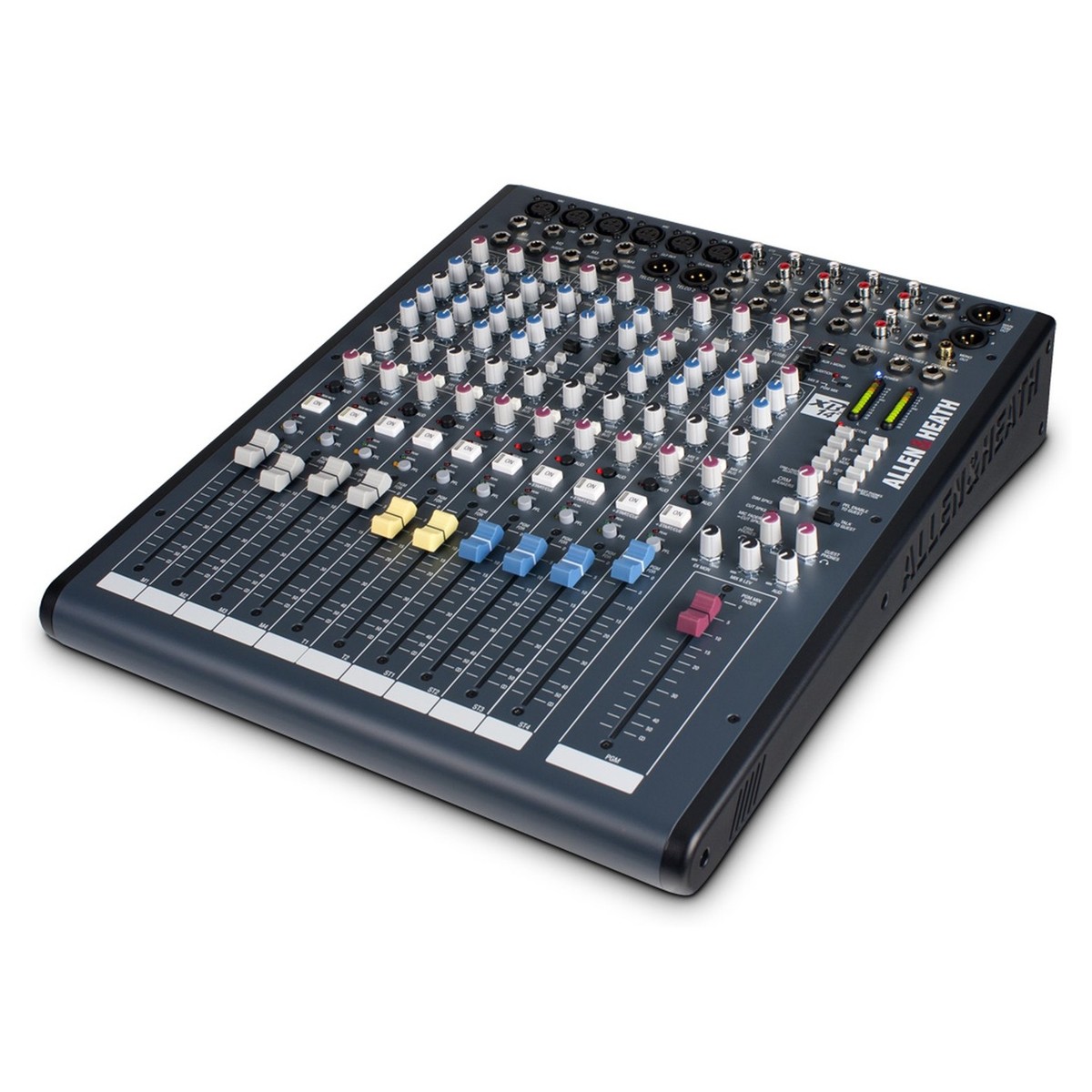 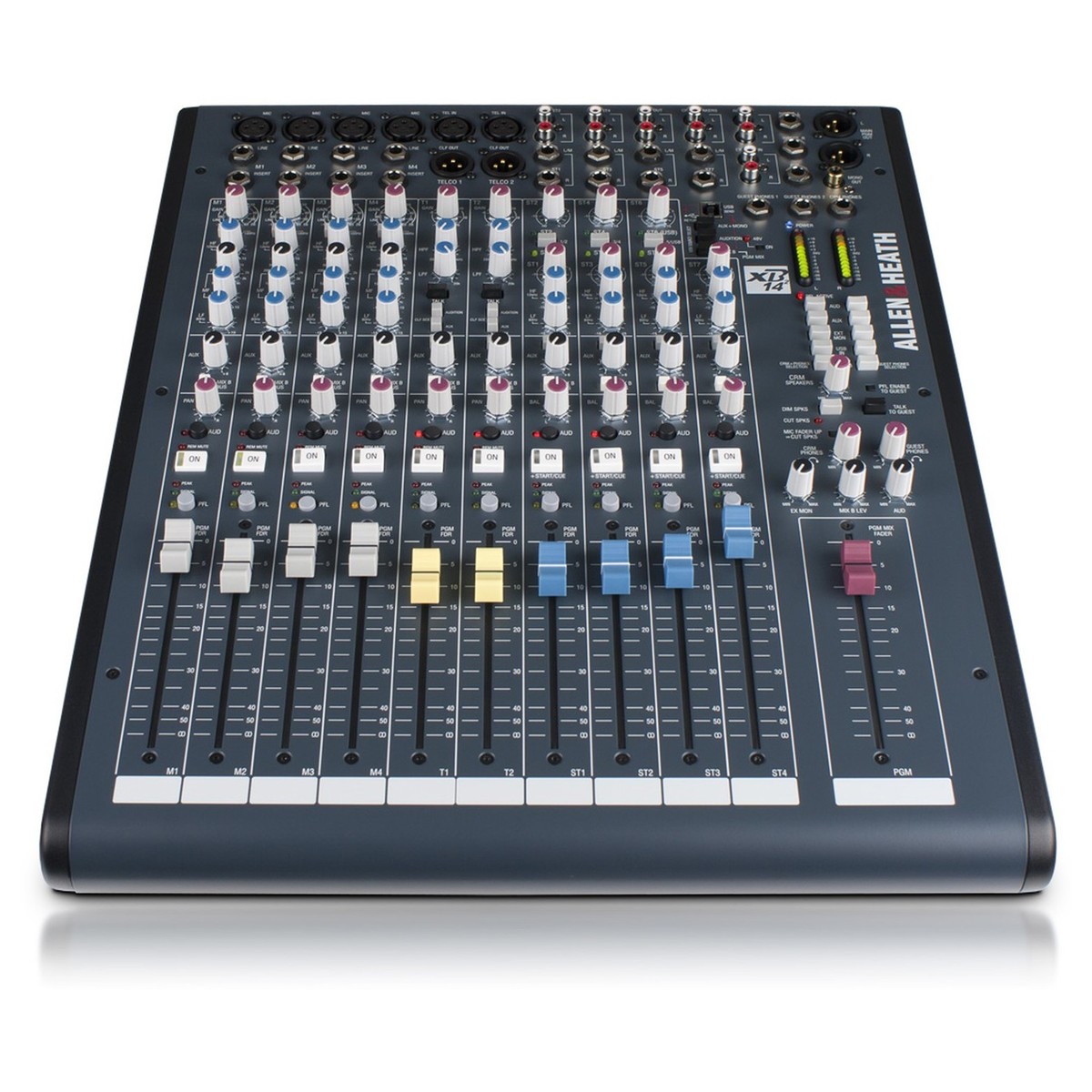 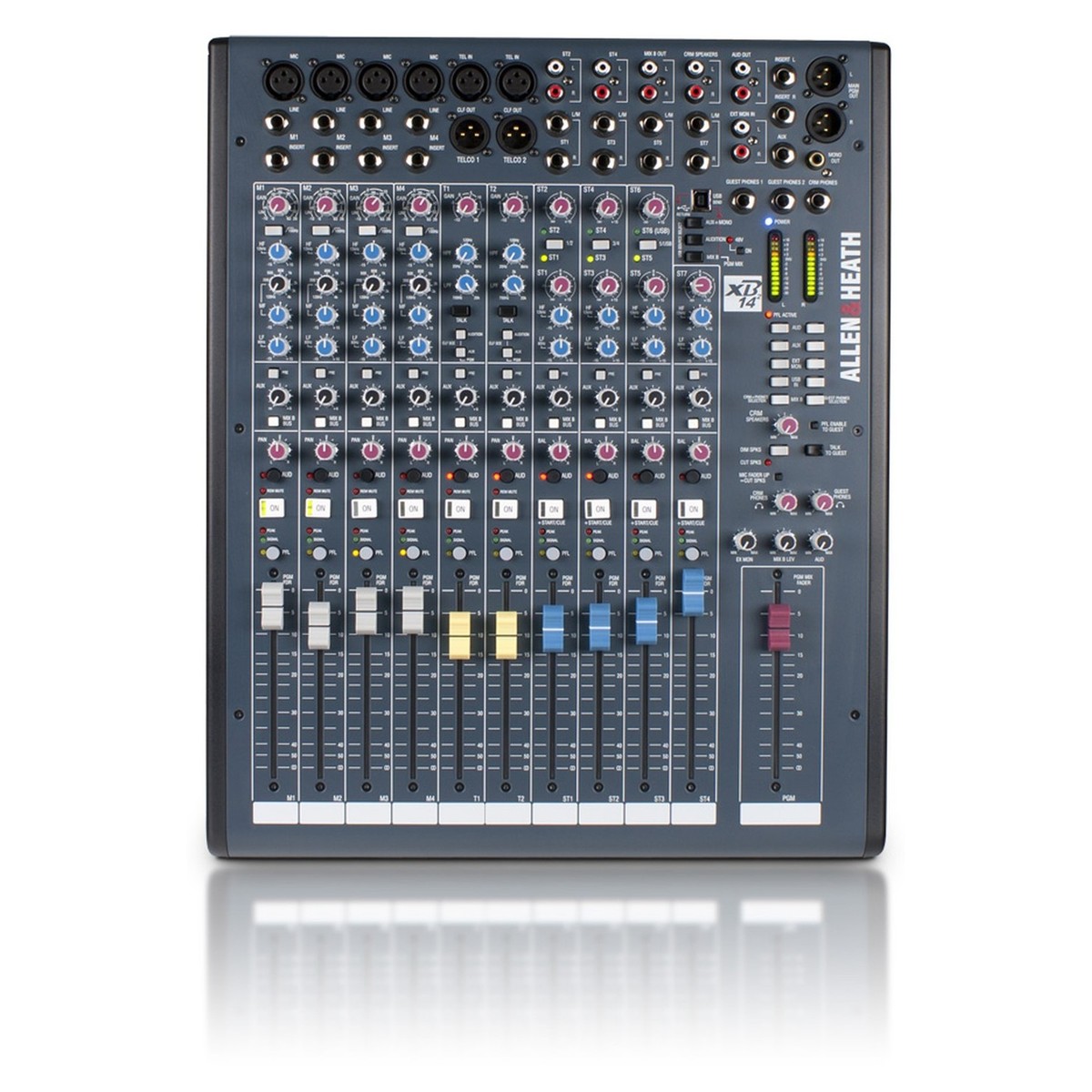 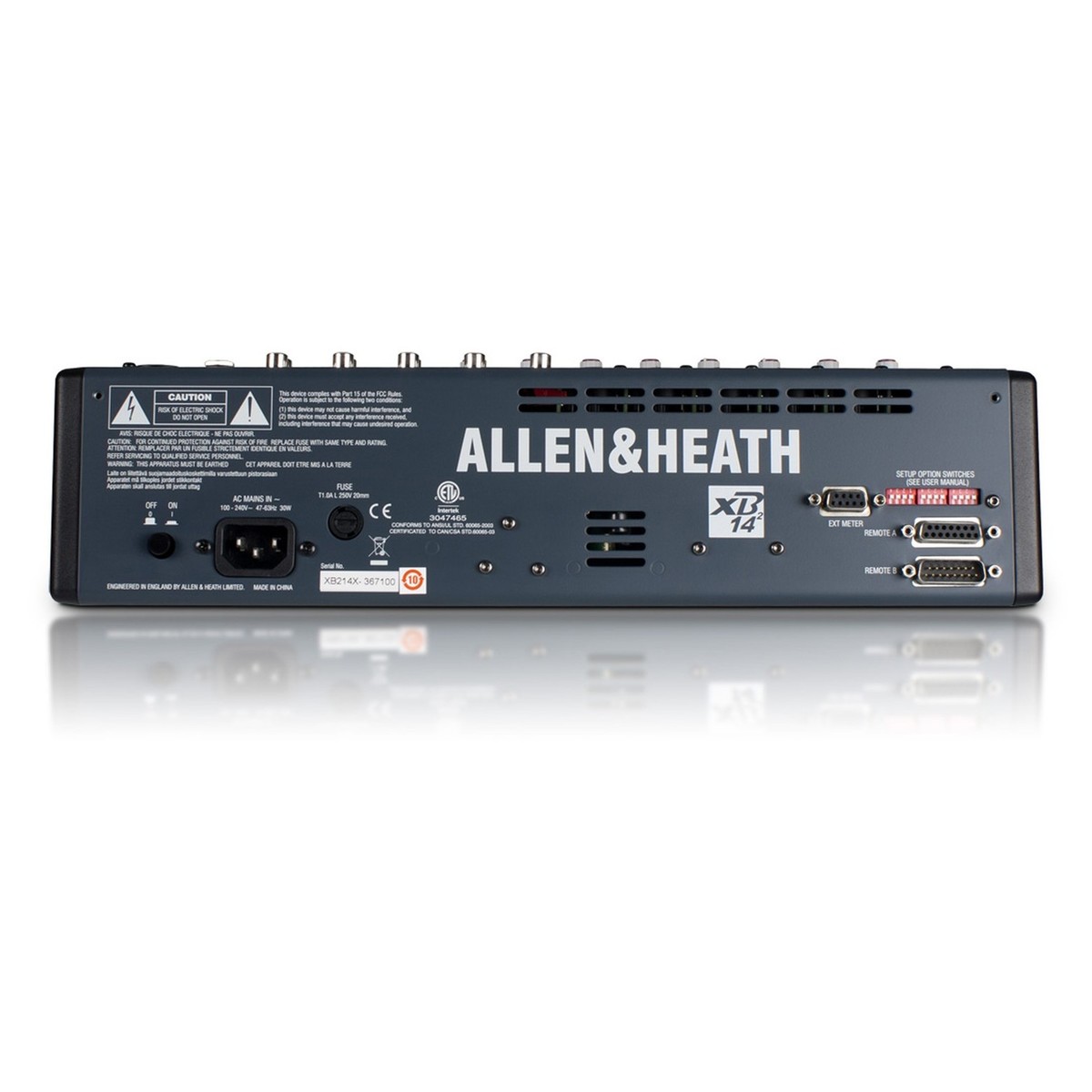 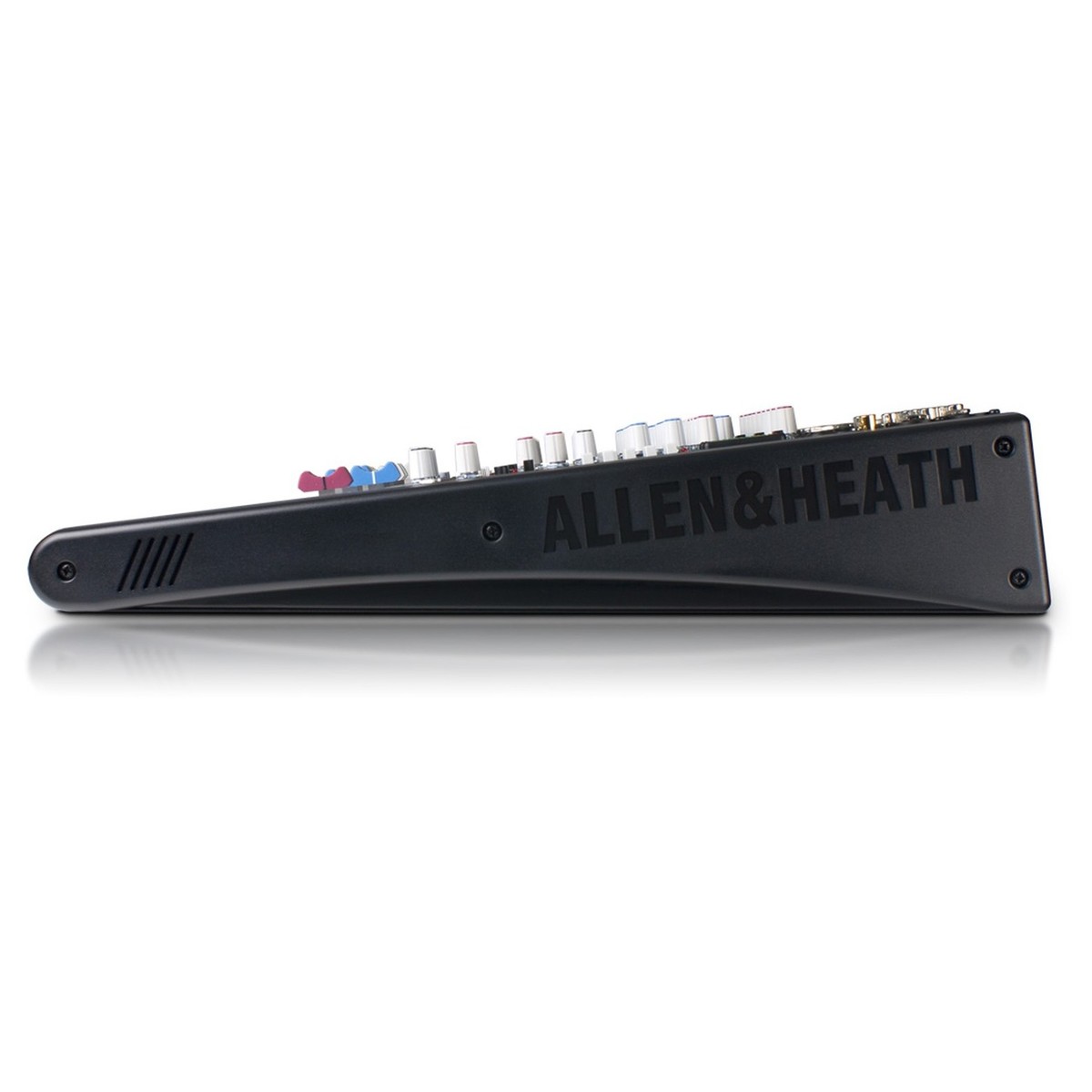 $1,395.00excluding VAT
2 in stockDelivery Information
Item in stock and available for dispatch

Be broadcast ready. The Allen and Heath XB-14-2 Broadcast Mixer With Telco Channel is the perfect desk for small studios and internet radio applications. Specific features including telephone communication modules make it easy to integrate the mixer into your current broadcast setup.

Other features include internal automatic muting of the speaker outputs, stereo channel start/cue outputs for CD deck transport controls and separate headphones mixes for guests. A wealth of routing options means you can customise the XB-14-2 to suit your setup.

Features for radio and broadcast

The Allen and Heath XB-14-2 is ideal for broadcast applications such as radio. It offers the much needed features such as the ability to communicate to guests or the presenter with the Talk feature, as well as being able to speak with telephone callers off-air. The mixer offers flexibility, allowing separate monitor mixes to be created for operator, guests and presenters. Additionally, it offers remote control of channel muting using the remote interface connectors which is ideal for studio situated mute switches.

The mixer also features a dedicated stereo audition bus which can be used for auditioning or off-air recording. By pressing the AUD button on the required channels, you can transfer the mix from the program feed over to the audition bus. A single auxiliary bus that can be used for external processing, effects, recording or auditioning is included, and a separate stereo mix bus is provided for recording an independent mix to the main program mix, or creating a clean feed source with selected channels. Additionally, the XB-14-2 features USB connectivity, allowing for easy transfer of audio to and from a computer, an essential tool for music and broadcast production.

The XB-14-2 features preamps that use a 2 stage design, with carefully controlled amounts of gain in each stage. This provides a huge 69dB gain range which is evenly distributed around the gain control, giving you better control of the signal level.

The 2 Telco channels are perfect for use with telephone callers. They provide a selectable clean-feed output, and variable low-pass and high-pass filters that reduce the frequency range of the channel to provide clean and clear audio with the phone callers.