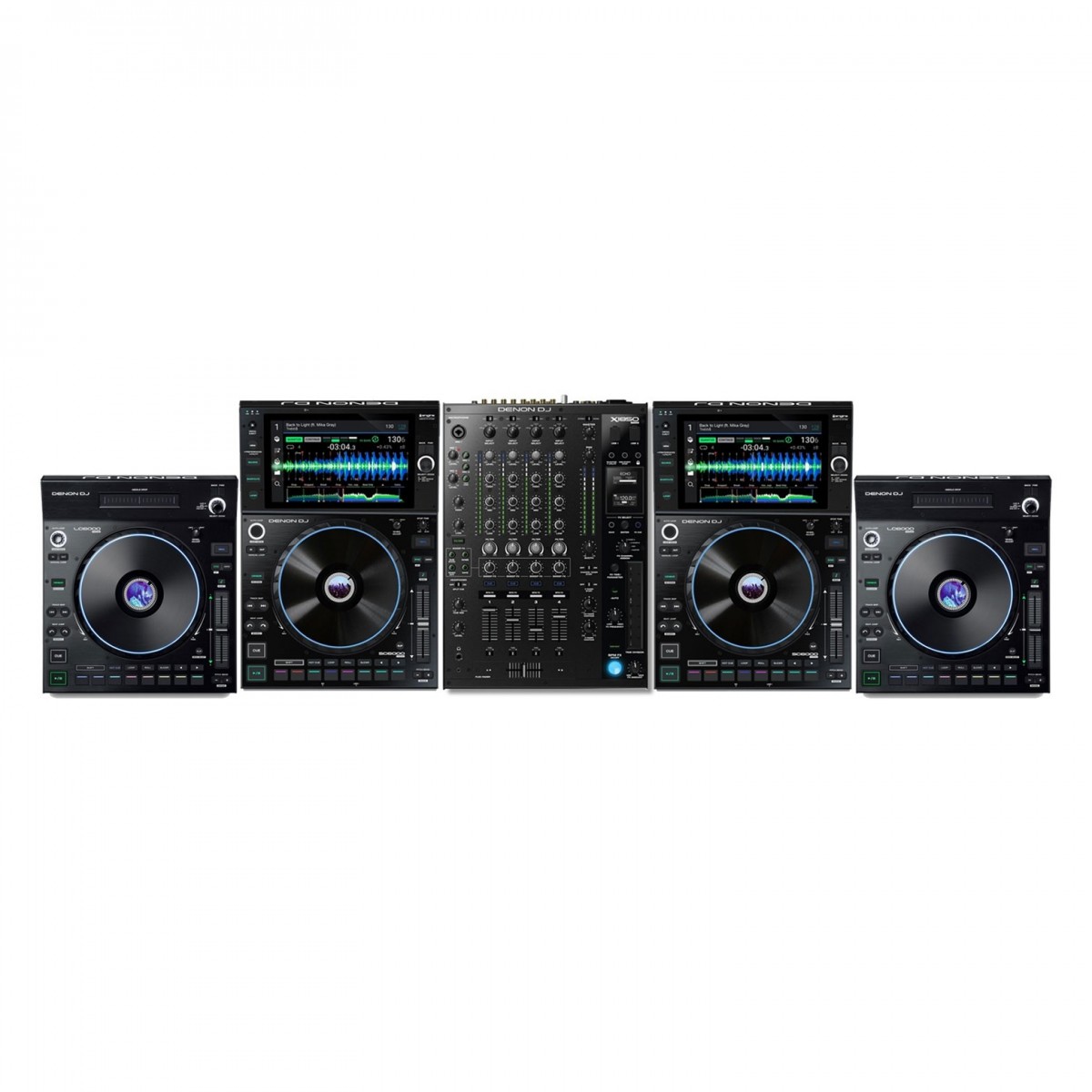 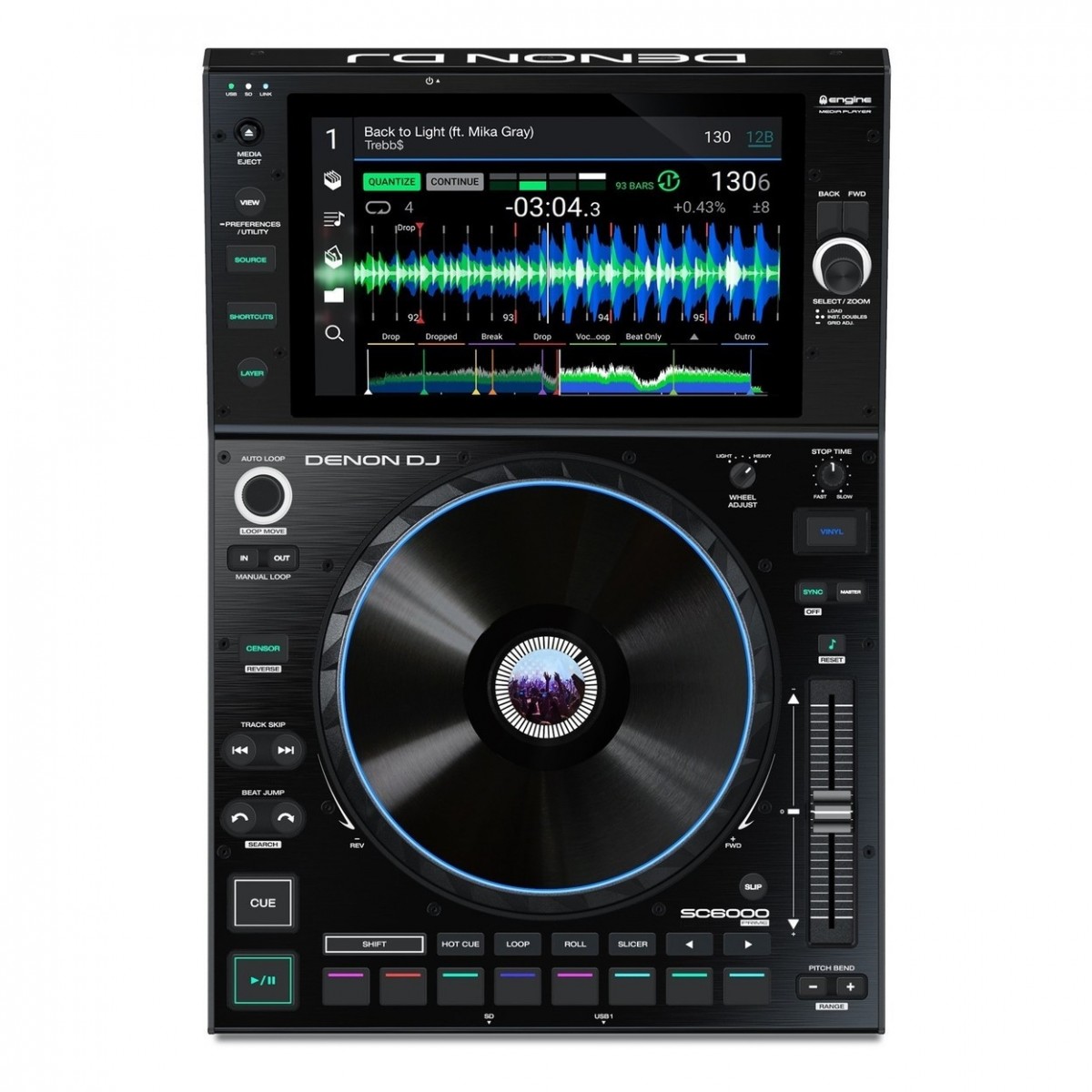 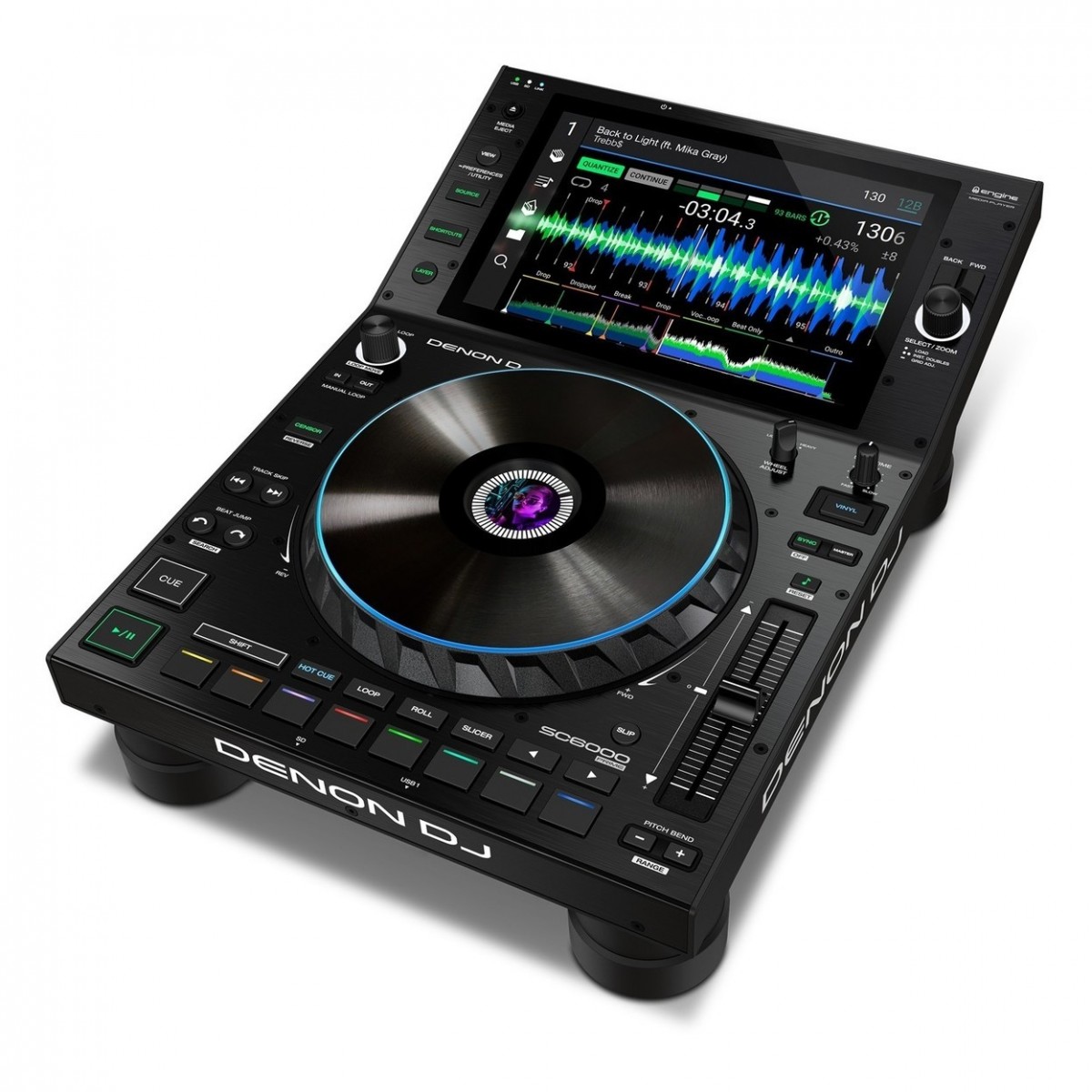 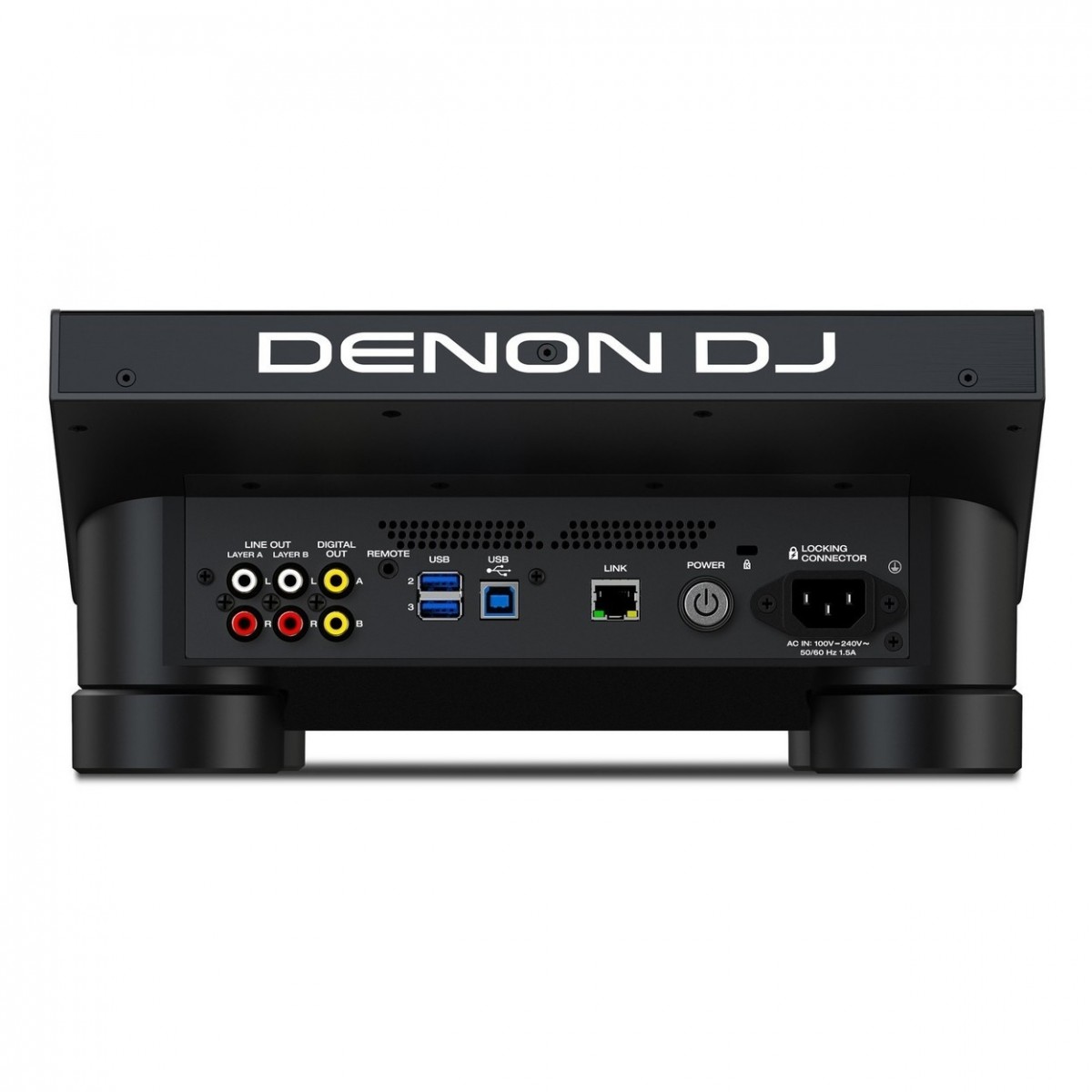 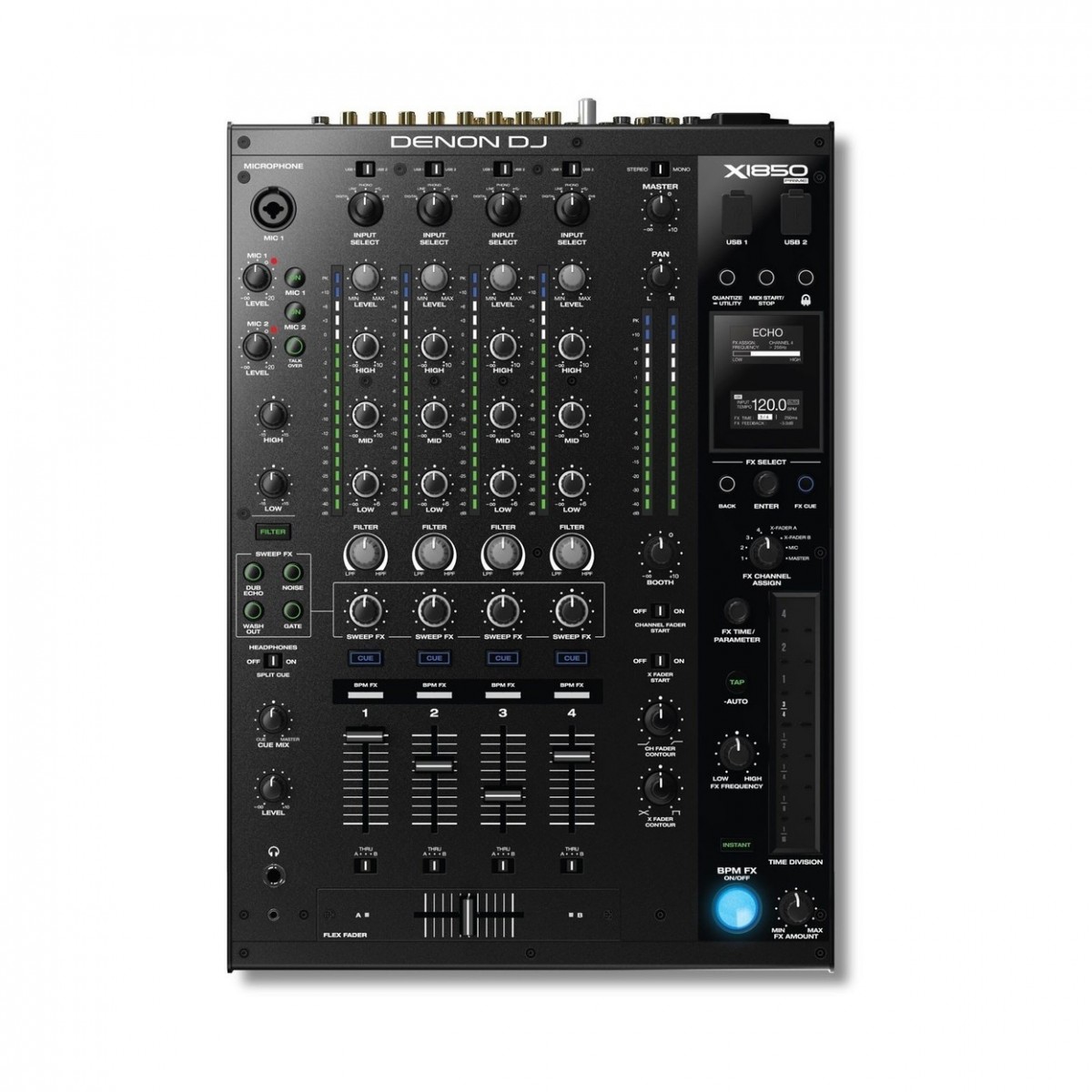 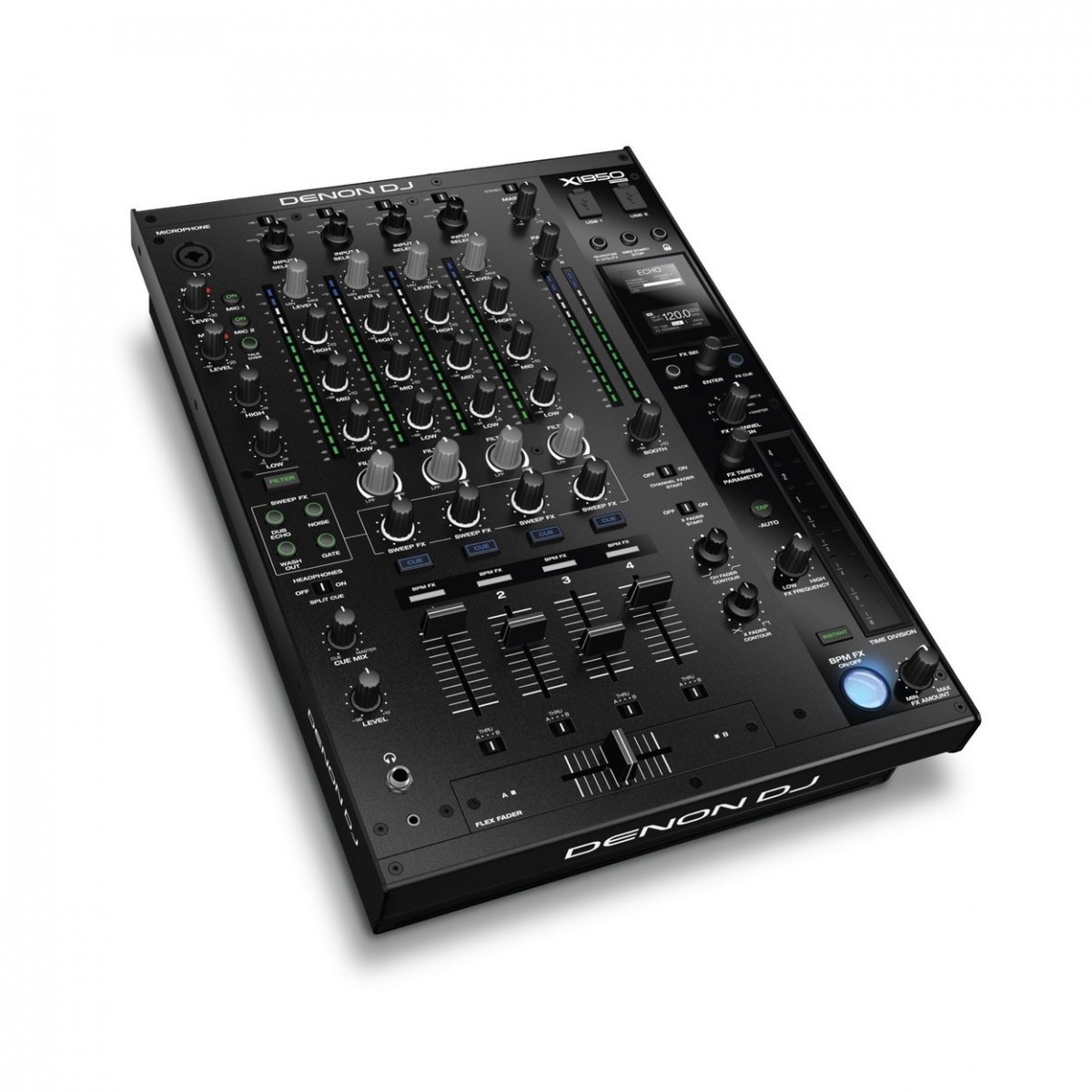 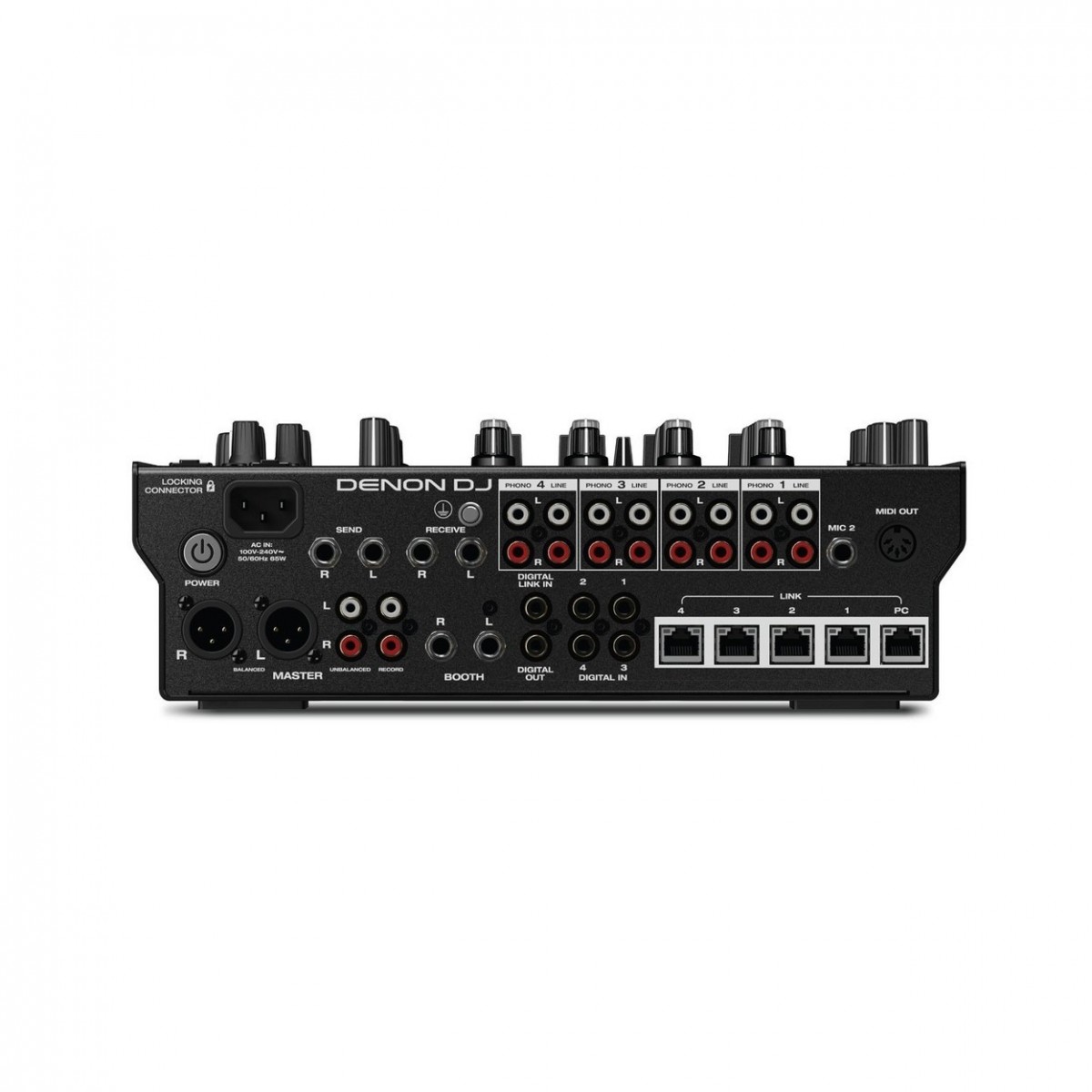 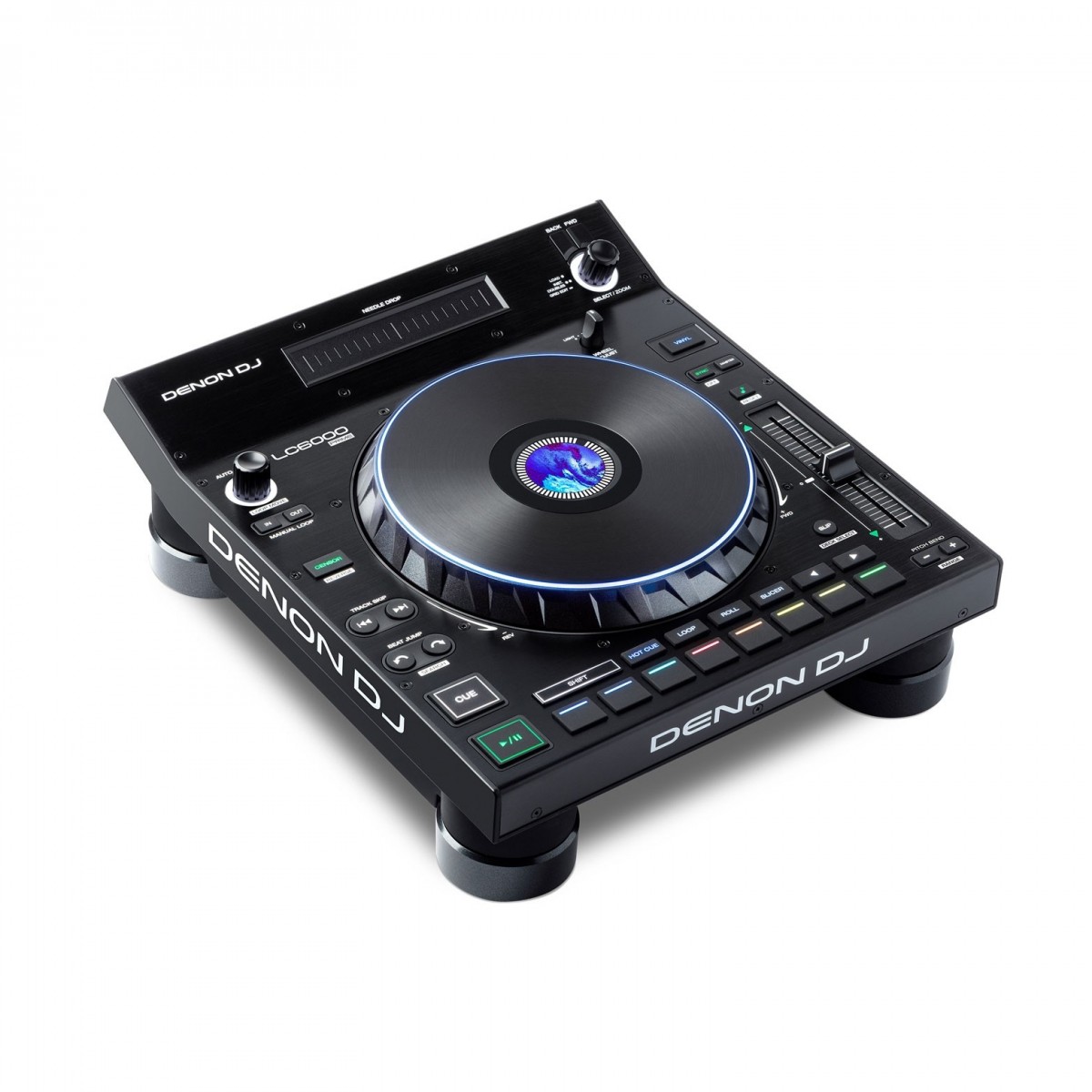 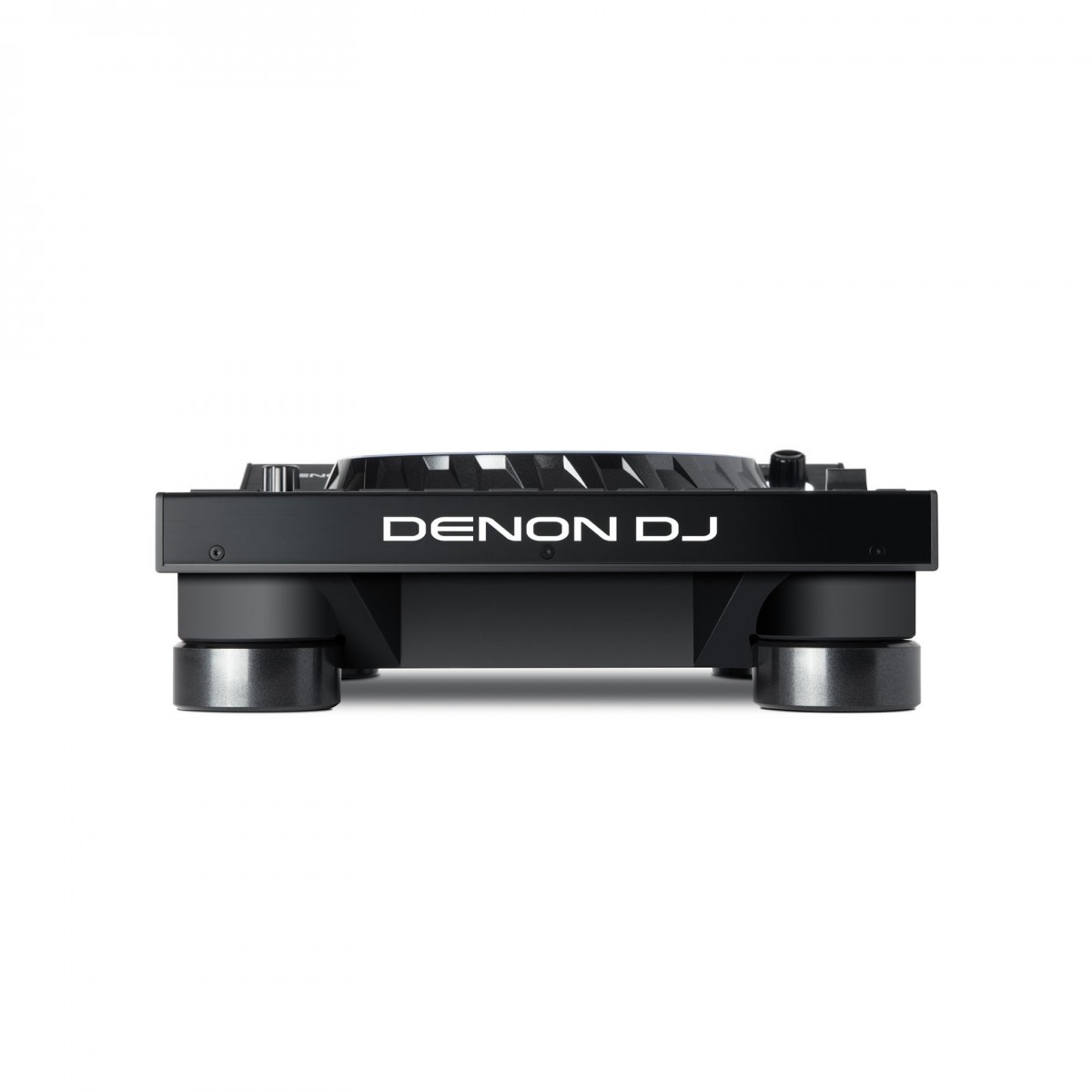 The Denon DJ SC6000 Prime Media Player is a flagship standalone media player for DJs, powered by the new ENGINE OS. The SC6000 Prime Media Player is perfect for professionals, jam-packed with features like best-in-class timestretching and musical key-shift technology for harmonic mixing. It sets a new precedent in the DJ world with its future-proof media playback supporting FLAC, WAV and ALAC formats.

The Denon DJ X1850 Prime DJ Mixer is a four channel, multi-assignable input mixer that combines an intuitive layout with a rugged design to create a mixer suitable for club environments. Offering a wide range of BPM and frequency-based effects that for precise audio editing, the DJ X1850 can even live-stream your performances straight from your mixer via Broadcast Mode (firmware 1.3 update).

The Denon LC6000 PRIME Media Controller is one of the most versatile and powerful media controllers on the market. This flexible unit can be used alongside DJ controllers, software and both standalone and laptop-based workflows. The LC6000 is jam-packed with useful features, all housed in a professional club-style layout for ultimate precision and flexibility when mixing. The Denon LC6000 takes 'plug-and-play' to the next level with instant connectivity to your favourite DJ software via a single USB connection.

That’s right, Denon are giving customers who purchase this controller access to SoundCloud GO+ for three months – absolutely free! Once registered and activated, you can access special features within SoundCloud including offline and ad-free listening. Using SoundCloud GO+ you can access your entire library of liked tracks and playlists, as well as access high-quality (256kpbs) playback options. Not only that, but any info included with your selected tracks (BPM, Key, Hot Cues etc.) is automatically saved to your source drive for instant recall at any time.

To claim your three months FREE access simply register your product via the official Denon DJ page and you’re ready to go!.

Ready for the main stage

The ultimate media player. The SC6000 is the new flagship standalone media player from Denon DJ, further cementing Denon’s reputation as being at the forefront of DJ technology. From the main stage at festivals to intimate club venues, the SC6000 is perfect for professionals. At its heart, the SC6000 is powered by the ENGINE OS. It also features an integrated HDD bay for onboard music storage, a 10-1-inch touchscreen and built-in Wi-Fi for wireless music streaming. It even features best-in-its-class time stretching, ensuring the best possible sound even with the most challenging mixes

Choose between wired and wireless. The SC6000 possesses the ability stream music via TIDAL with support for Beatport, Beatsource, Soundcloud and more, coming soon via free updates. Traditionally, you’d need a computer to stream music, but with its standalone design, the SC6000 allows you to throw in your favourite tracks on the fly.

Take your mixing to the next level. Harmonic mixing sets apart the professionals from the amateurs. With the onboard musical key-shift, you can easily mix your songs with matching pitch for a truly harmonic mixing experience. When mixing songs conventionally, you will match just the tempo, but with musical key-shifting, you can blend the pitches of two songs together, resulting in a beautiful sounding mix.

Live-stream your sets with Broadcast Mode

When it comes to streaming your performances online it can normally be a tedious process, but with the new firmware 1.3 update you can live-stream straight from your mixer. It works by streaming the main output mix over USB audio channel 1/2. This also makes it compatible with live streaming platforms such as OBS, so you can get mixing straight away.

At the centre of the mixer is four channels that offer multi-assignable phono/line inputs for seamless integration into any modern DJ setup. A three-band EQ section, with a clear display allowing for visual monitoring, offers two separate modes. ‘Normal’ and ‘isolation’ modes can be alternated to enhance the X1850 Prime’s expressive capabilities. Frequency controlled band isolation can also be utilised for further sonic effects.

The crisp OLED display of the X1850 Prime ensures every detail of your mix can be monitored. This allows for full customisation of workflow, performance settings and control of FX parameters. Allowing for even more creative scope, the X1850 introduces a new FX Quantise control with the Engine Connect Protocol. This ensures all effects parameters always align with your grooves, allowing you to focus the mix.

Compatibility with DJ software is crucial for modern DJ’ing styles. This is achieved easily with the X1850 Prime thanks to dual USB connections. These can be used to connect a backup system or to run two simultaneous DJ applications, ideal for switching between DJs. As the X1850 is also an audio interface, you can send five stereo channels to your favourite DAW for editing later.

The LC6000 builds on the design of the SC6000 PRIME inheriting the familiar club-style layout that will make you feel right at home. It features everything you could need to create and perform to the best of your abilities. Taking plug-and-play functionality to the next level, the Denon LC6000 provides instant integration with Virtual DJ, Algoriddim djay Pro AI & Serato DJ Pro.

The most ground-breaking and innovative features of the LC6000 is the dual-layer output. This unlocks the true potential of any Engine OS-based media player, providing independent control over each layer from a single unit. This has never been seen before in any other unit, allowing you to mix between two tracks simultaneously from a single media player. It also provides dedicated sub-layer SC6000, SC6000M, SC5000, SC5000M PRIME Media Players.

The introduction of Engine DJ’s 2.1 update makes the LC6000 PRIME compatible with Prime 4, allowing you allowing you to hit the stage with club-style control over the third and fourth decks with the LC6000’s full-sized platters. Take your performances to the next level with the multi-function pads, loop controls and more.

Engine DJ 2.1 also features a wide range of improvements, upgrades and fixes helping to improve the workflow and existing features of the controller. The LC6000 Prime and Prime 4 are now compatible with both Windows 11 and MacOS 12 Monterey for use with the latest operating systems.

Getting to your favourite songs and searching through your music library is something that can provide tedious, having to move through folders and switch between laptop and media player. With the LC6000, the onboard navigation controls allow you to focus on the mixing instead of the finding. The media player also features a dedicated loop section, which you can use to create transitions, drops and even breakbeats. To top it all off, the Denon LC6000 is powered via USB, but it also comes with a power supply should you need one.