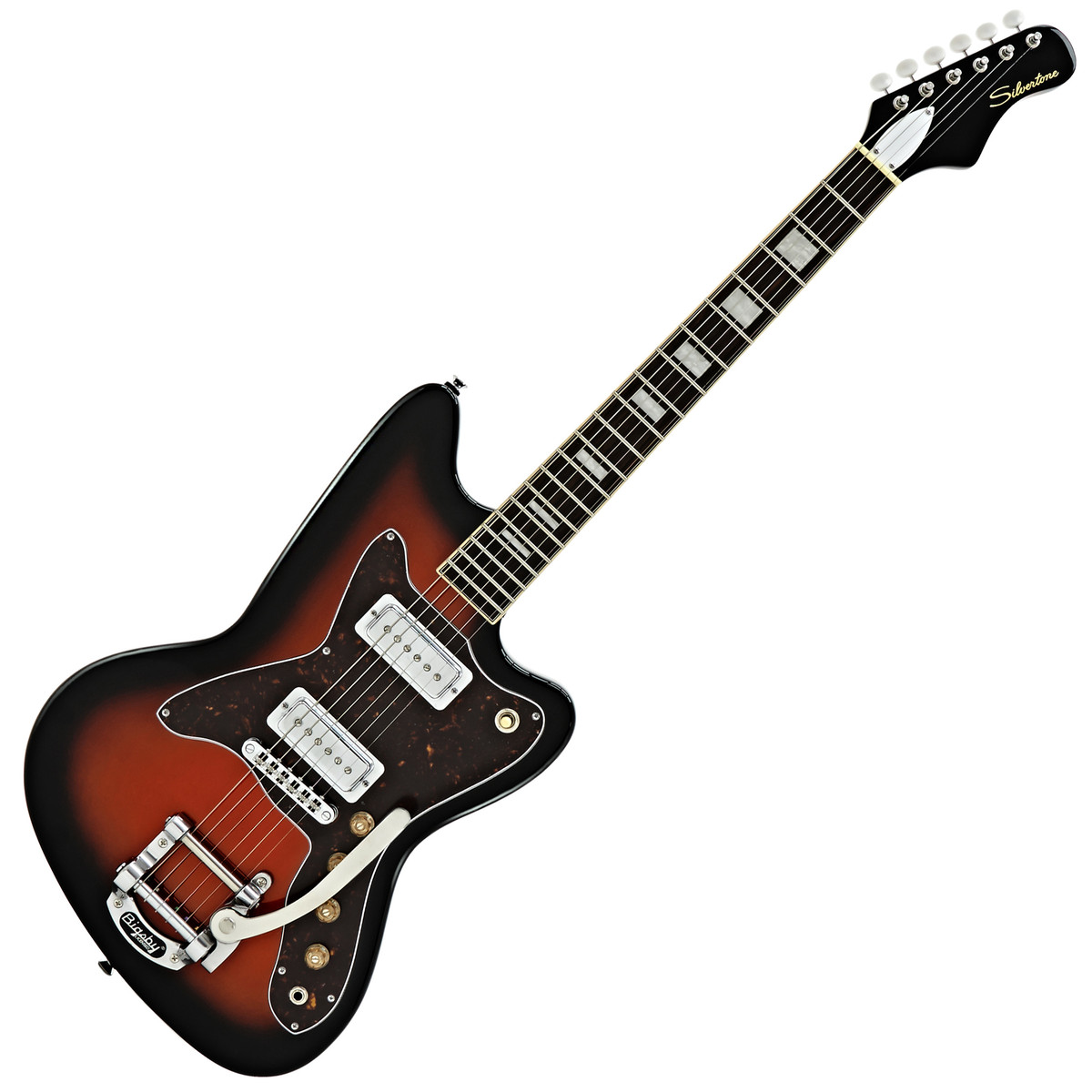 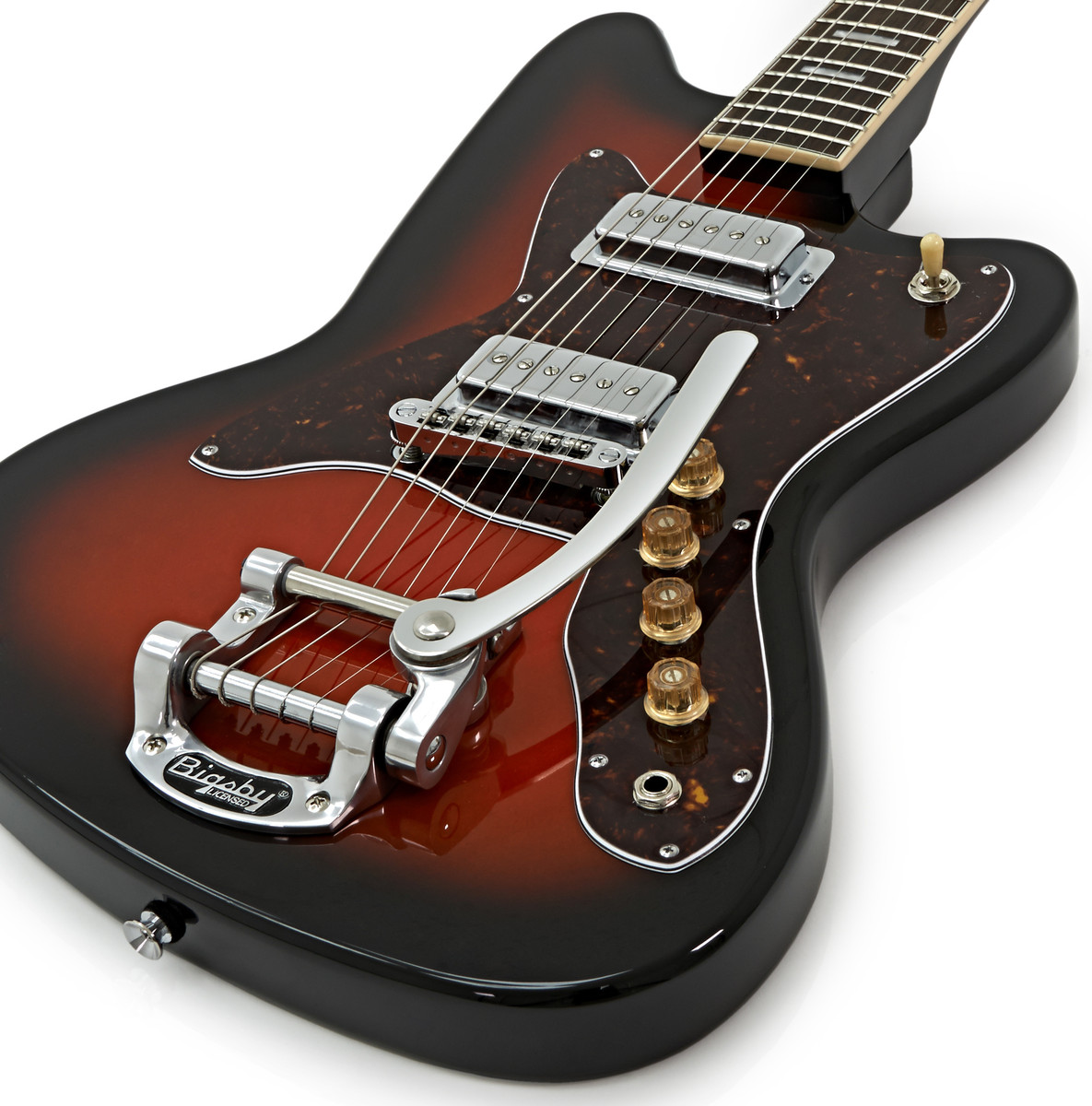 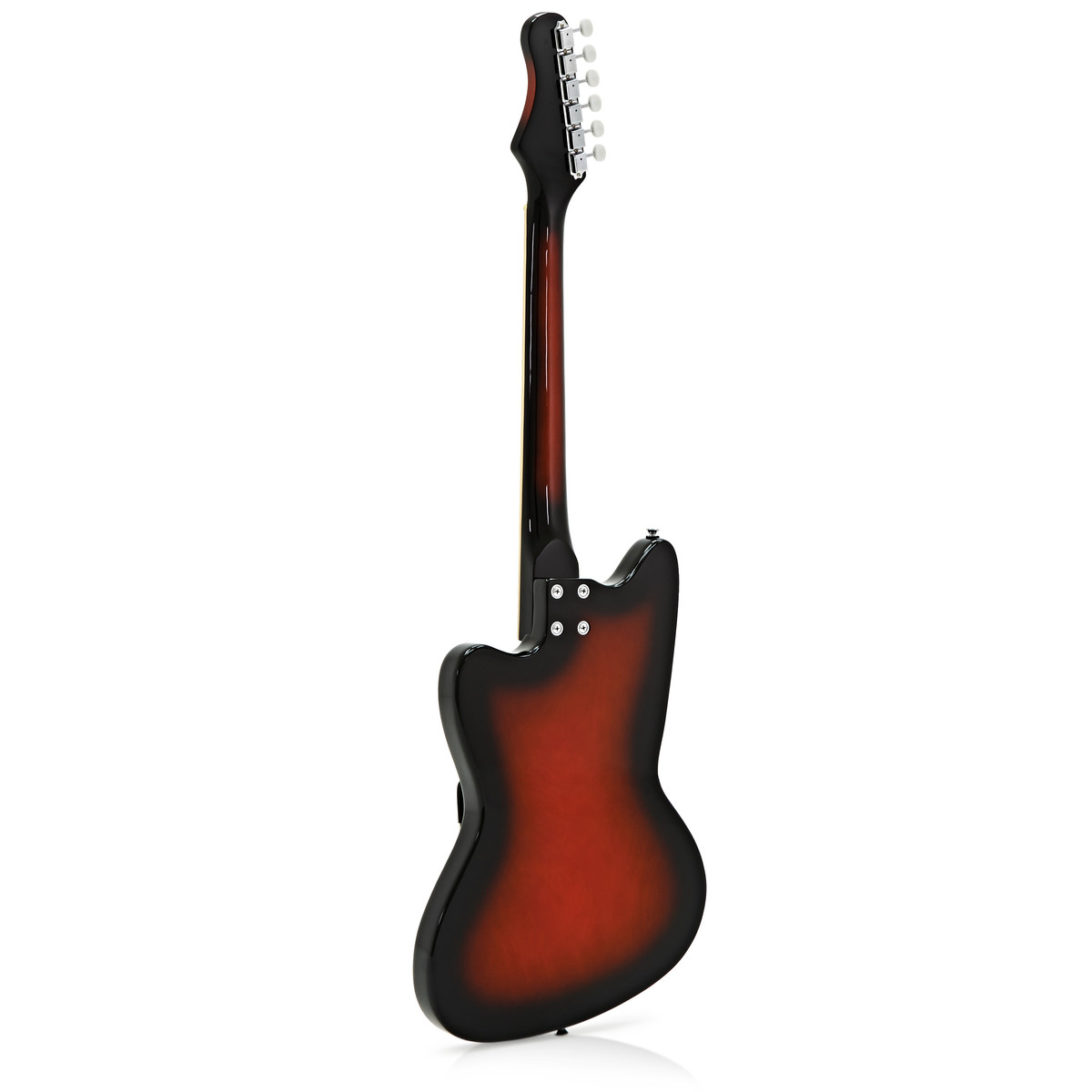 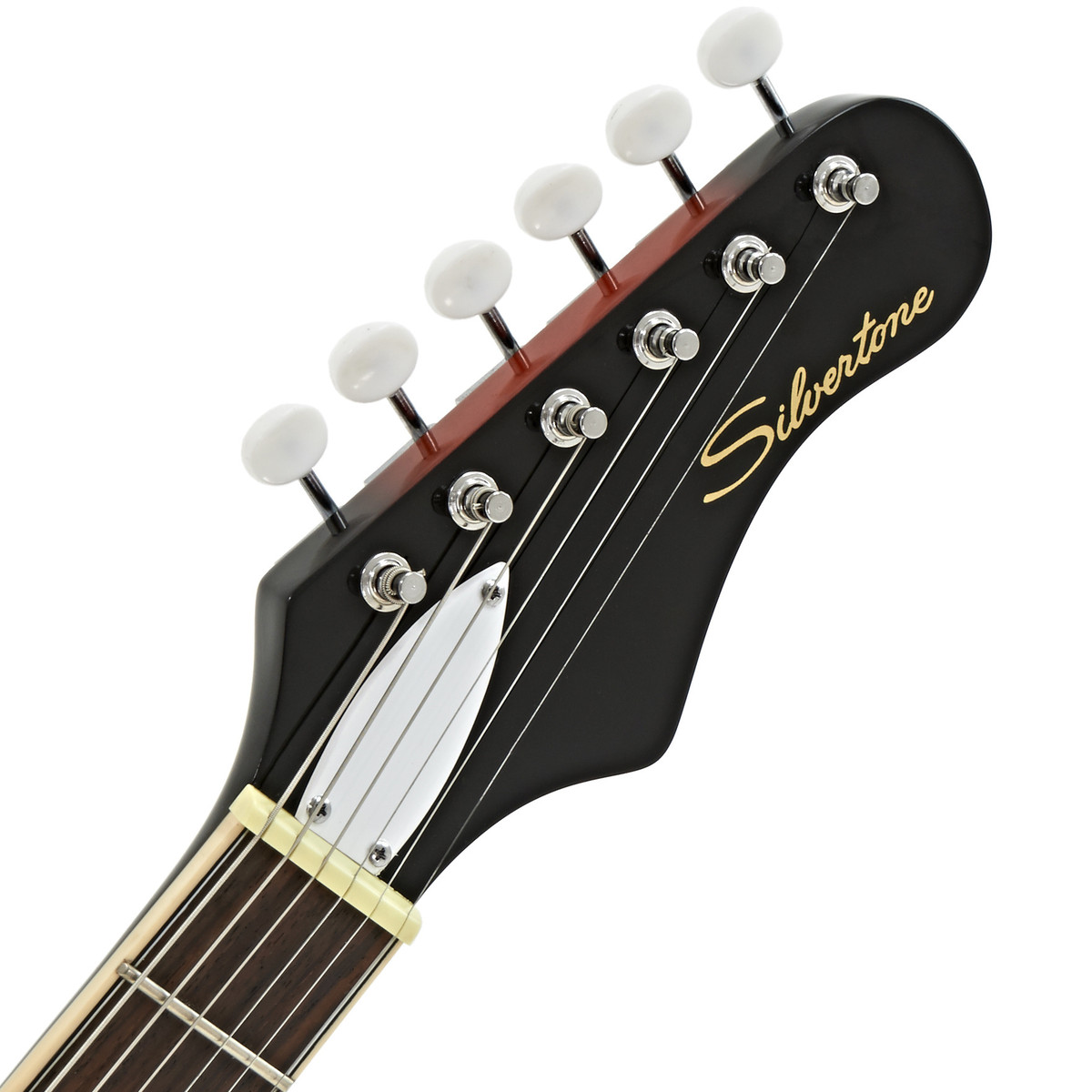 $384.50excluding VAT
13 in stockDelivery Information
Item in stock and available for dispatch

Vintage revival. Accurately reproduced to be as close as possible to the 1963 original. The Silvertone 1478 Electric Guitar is a throwback to the 60s in design, features and style.

This reissue features an improved build quality, while sticking to its roots with exact replicas of the original single-coil pickups. There's a genuine Bigsby tremolo system and updated C-shape neck. All completed in the 1478's instantly-recognisable shape.

Maintaining the original's distinctive sound. This Silvertone 1478 remains an accurate and authentic update of the original.

Return of a Classic

The original Silvertone 1478 Electric Guitar became the go-to starter guitar for aspiring musicians, and featured its strikingly dramatic, spaceship design in all catalogues. Moving into the 1970s, Silvertone returned to more visually simple guitars, but the return came when garage rock bands such as The White Stripes and The Black Keys began playing similarly retro instruments. Later, the vintage Silvertones found themselves in the hands of Bon Iver, Beck, Mark Knopfler and many more, and now the reissue brings an updated version to influence many more guitarists to come.

Few guitars are as striking as the offset Silvertone 1478. The double cut, angular outskirt with an oversized pick guard will turn heads for all the right reasons, and is identical to the original. As prominent as the shape is, it doesn’t interrupt the playability, so your playing will be as eye catching as your guitar’s design.

One of the most influential features on the original Silvertone electric guitars was the pickups' single coil twang and spring. The tone was easily recognisable, and sought after by many blues and country artists. The Reissue has identical replicas of the originals, so the tone is accessible to a whole new generation. Also retained is the Blender tone knob, which became a classic feature allowing players to merge between all pickup settings for limitless tone variations.

As brilliant as Silvertone guitars were, they lost marks for their inconsistent fretwork and necks. The Reissue has resolved this problem with a modern C neck shape, and an all-round more reliable build quality. The body is Mahogany whilst the top is Maple to keep the tone deep and rich, with a twang at the top end for extra flare. The 1478 Reissue also features a genuine Bigsby Tremolo bridge system for a more even, trustworthy flux.