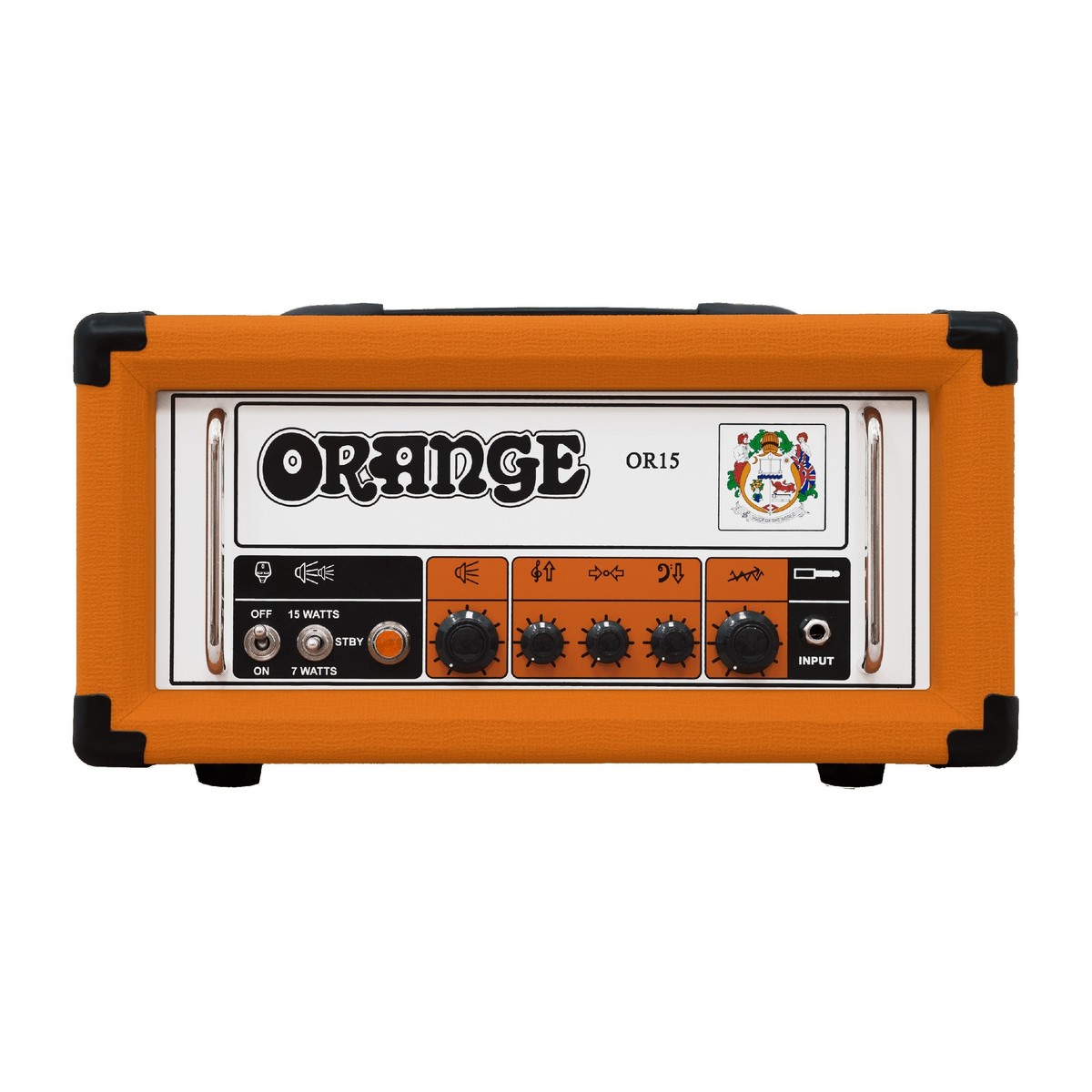 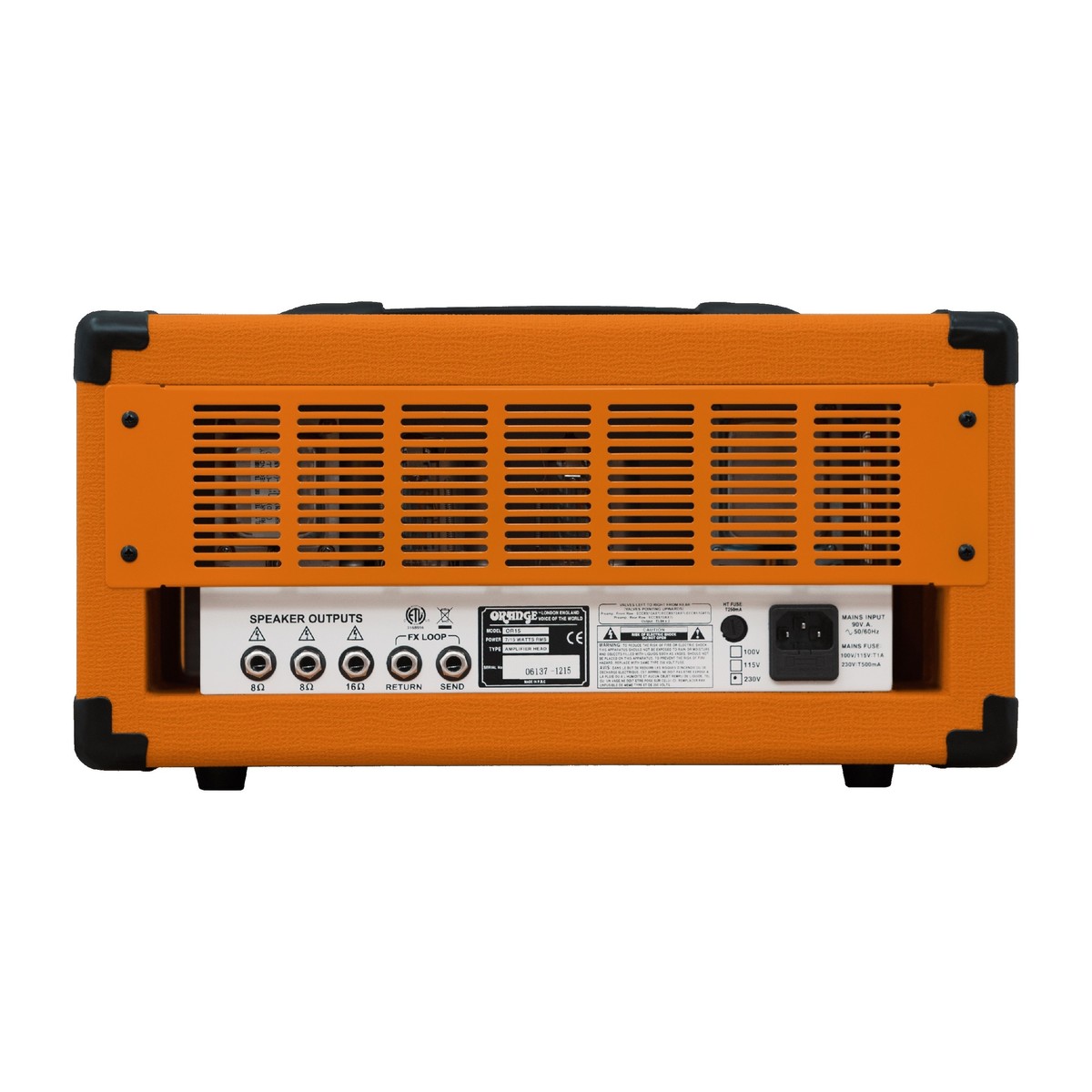 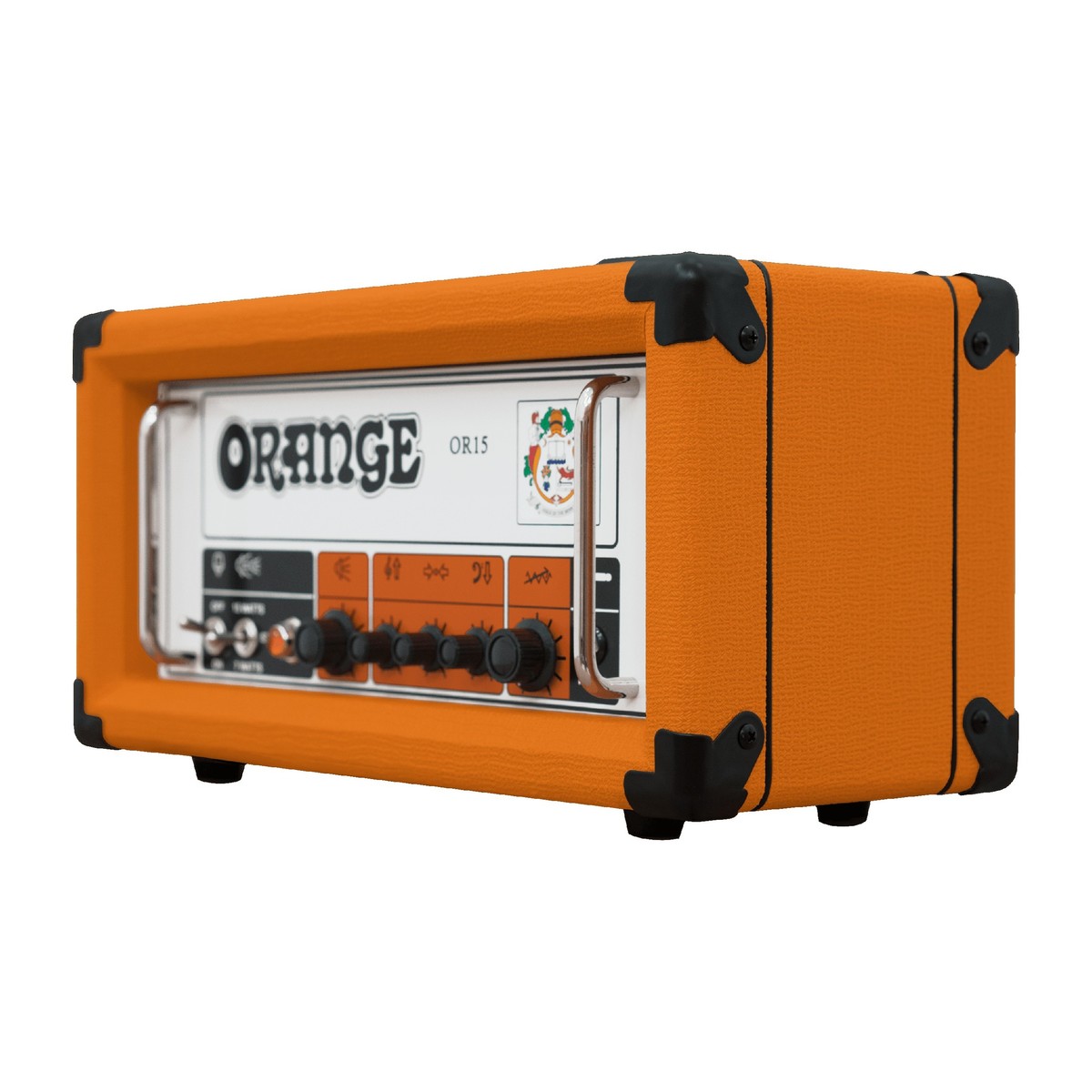 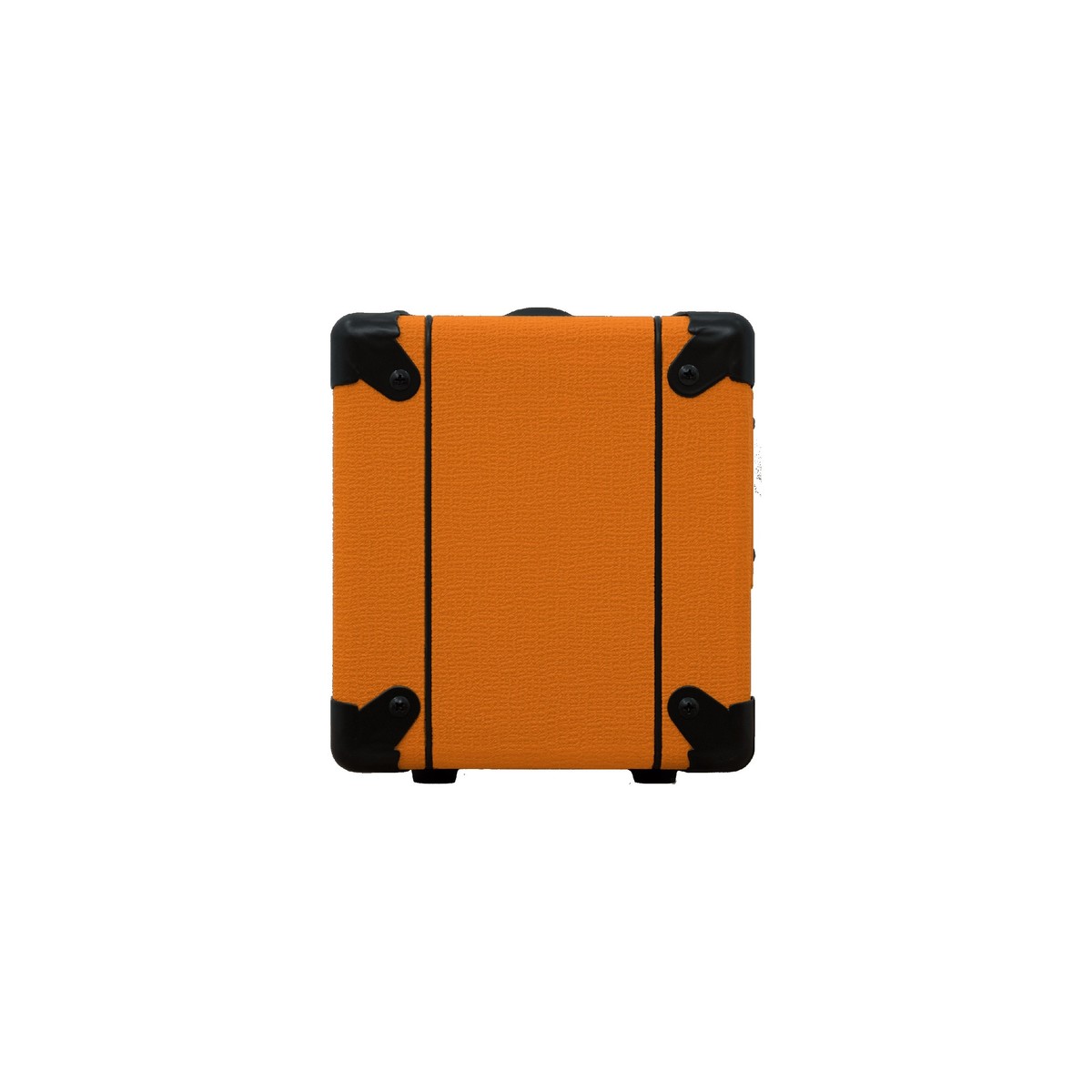 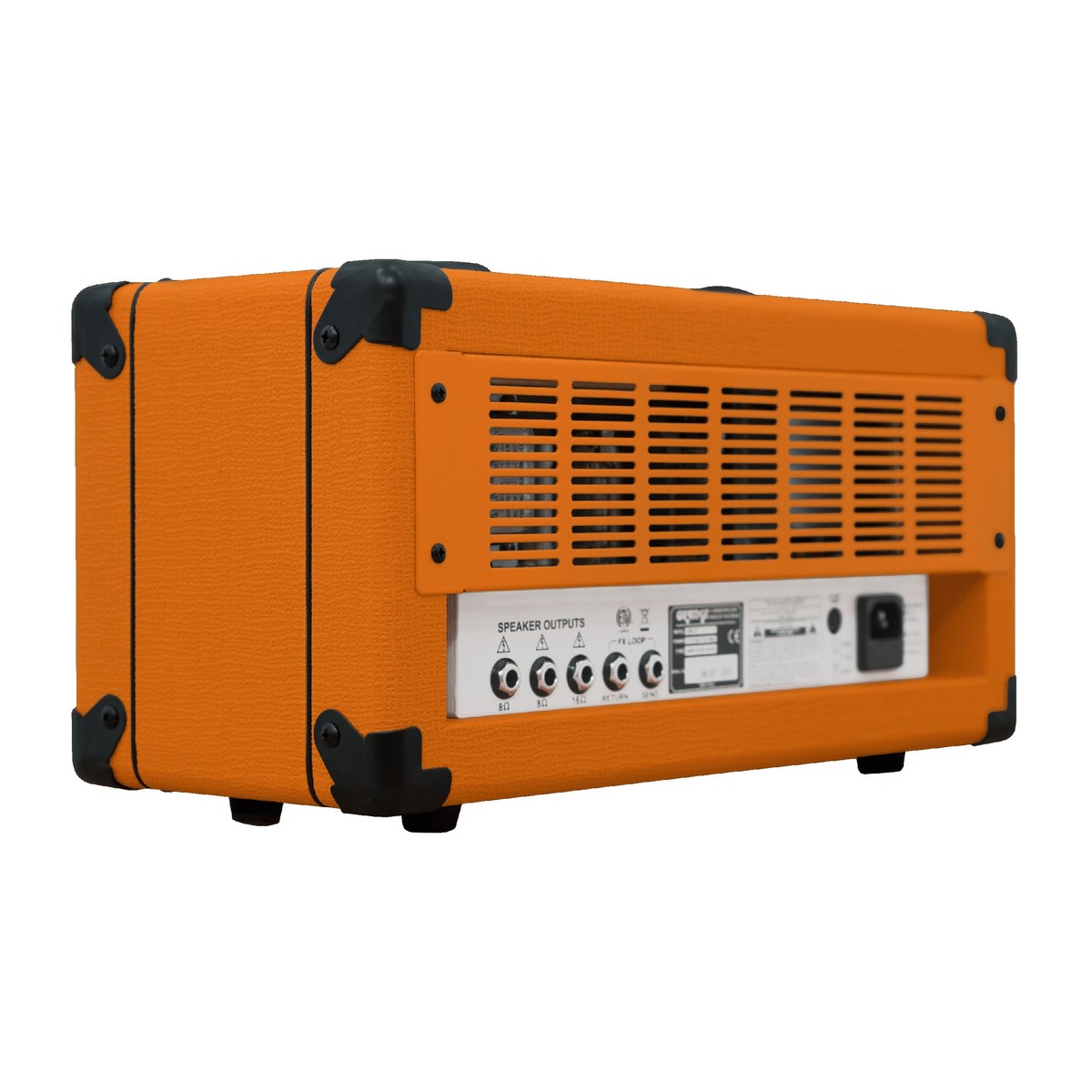 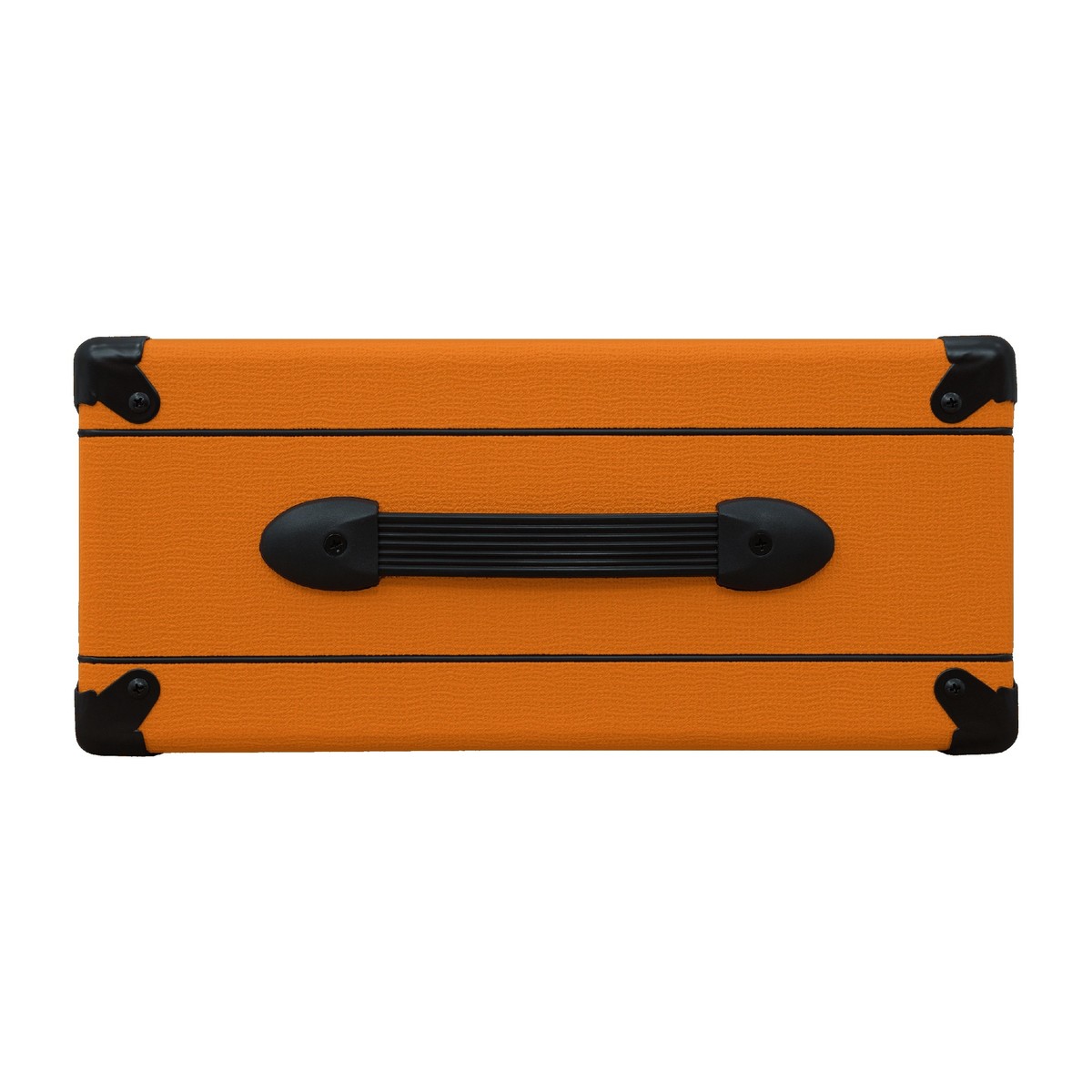 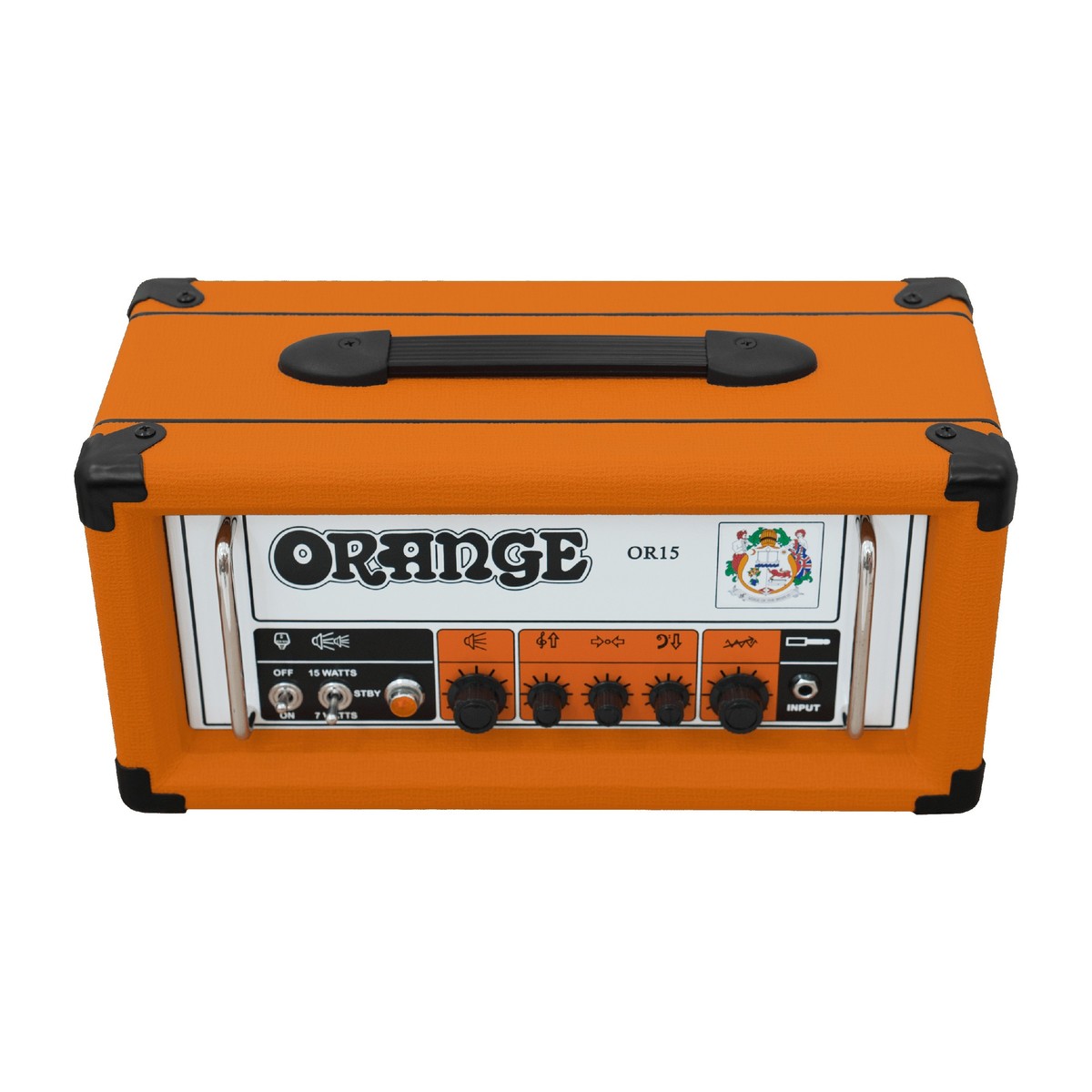 The Orange OR15 is a class A amp head that roars with a vintage tone. Compact yet powerful, the OR15 delivers an expressive voice. Not only that, but it's also switchable from 15 Watts to 7 Watts output for extra versatility. Need that extra boost of sonics? Flick it onto the 15 Watts to unleash its full potential. Want to practice without waking up the neighbours? Cut it to 7 Watts.

And with a three band EQ there and a valve FX loop there's plenty of options for sculpting your sound - all powered by Orange's superbly engineered circuitry. Topped off with that classic aesthetic and hieroglyhic markings that are Orange's signature style, and you've got an amp that has retro visuals and voicings, but with superb modern performance.

How much output do you want?

It's one of Orange's smallest ever 'sleeved' amplifiers, but don't let its compact form fool you! It still produces some outstanding dynamics. With up to 15 Watts at your command, you can drive some serious power through your cab. But in those times where you need a little less oomph, you can cut that down to 7 Watts - ideal for studio or home practice. Together with its all-valve construction, it produces an amazing, responsive feel and some seriously great tones.

As well as offering a great tone, the OR15 amp head features a three band EQ for easy sound sculpting. These include standard options for volume, bass, middle, treble and gain. In addition, a valve FX loop is offers buffered effects and accurate performance. Wherever the gain control is set, the OR15 always delivers an expressive tone with plenty of range, even for the most demanding players.

Sporting the same look as the flagship models, the OR15 Pics Only guitar amp head is packed with that Orange panache. That includes classic hieroglyphs and the signature picture frame edging. But it doesn't just pretty! Made from solid 18mm plywood, the amp head is solid, rugged and durable. The additional built in carry handle means this compact amp head can be easily transported between performances.