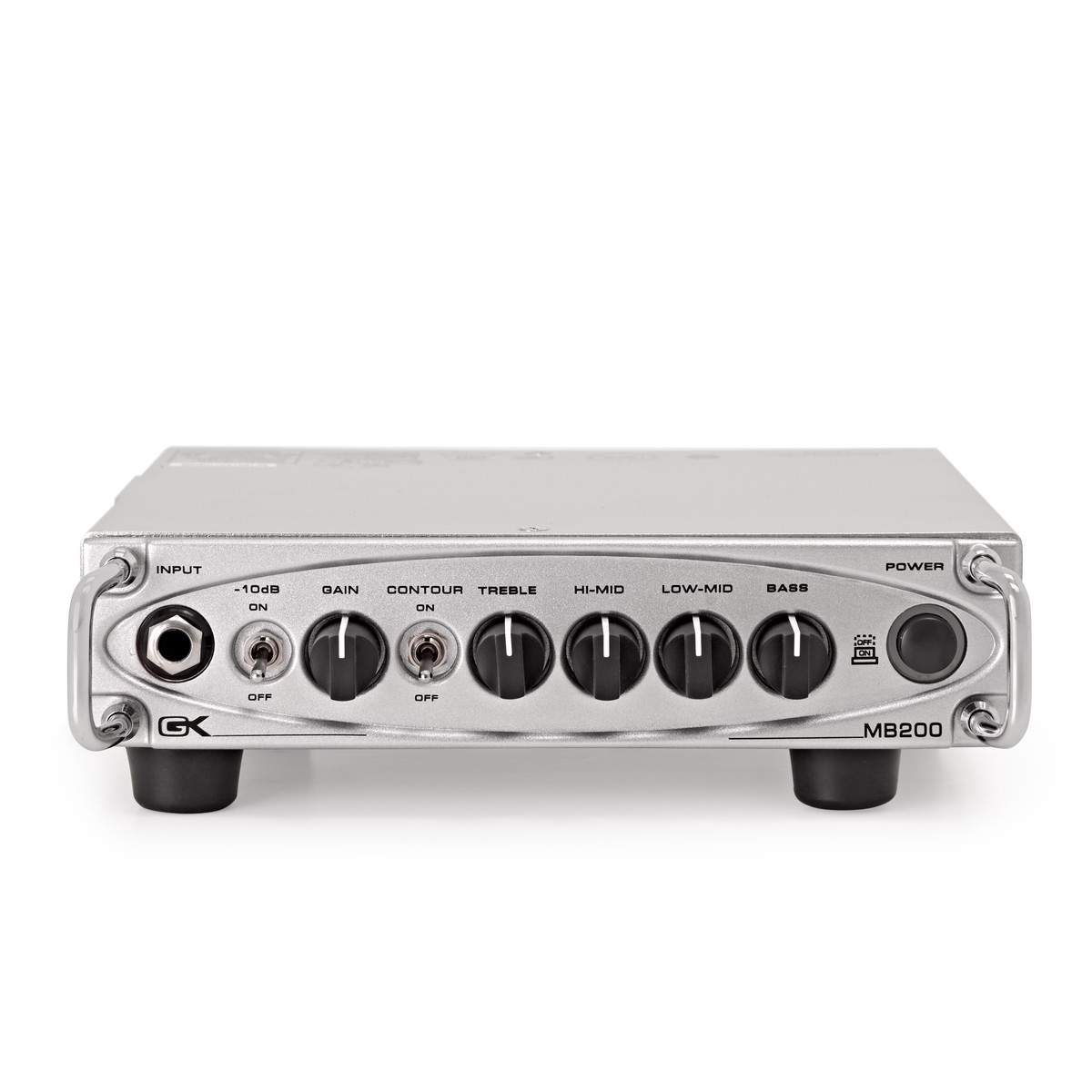 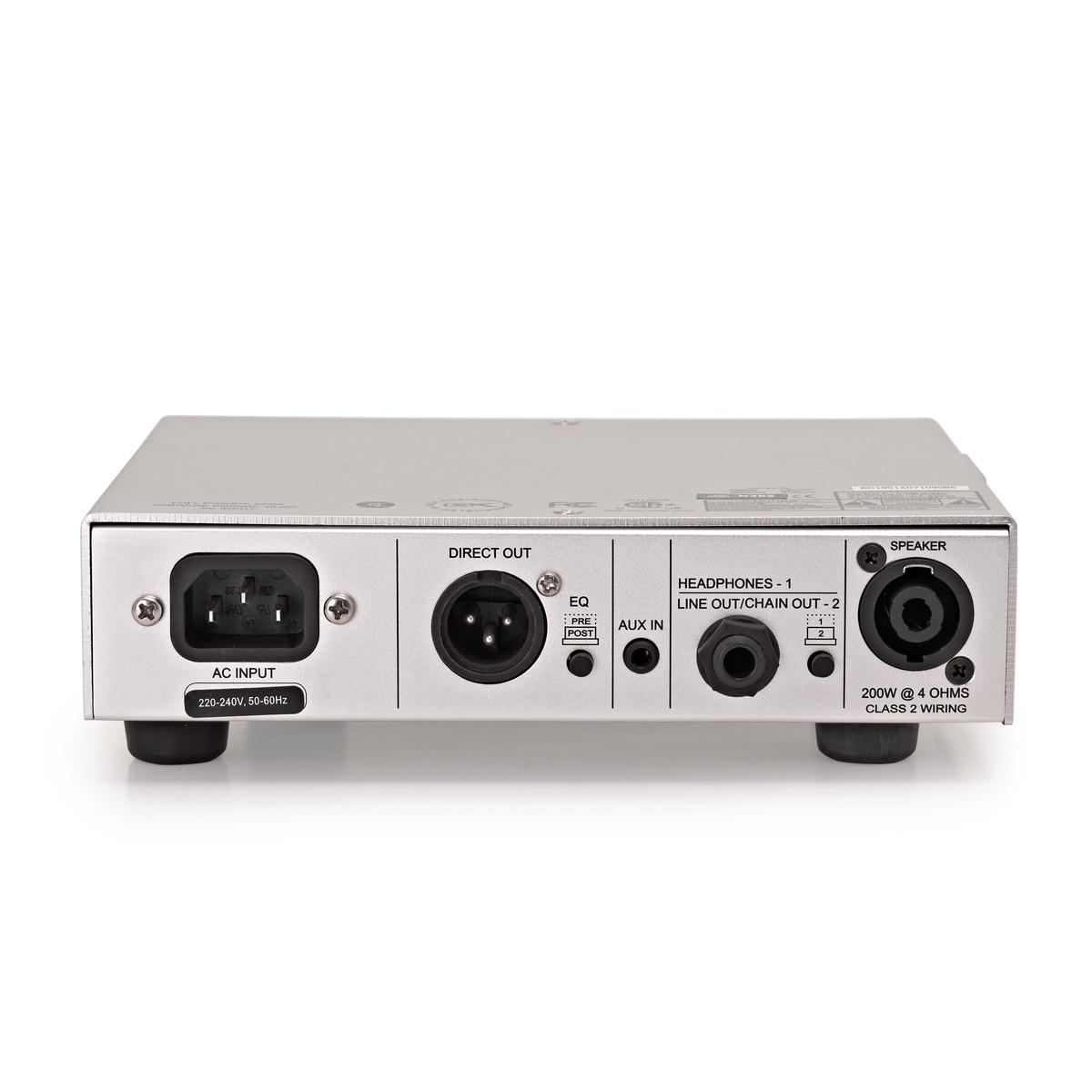 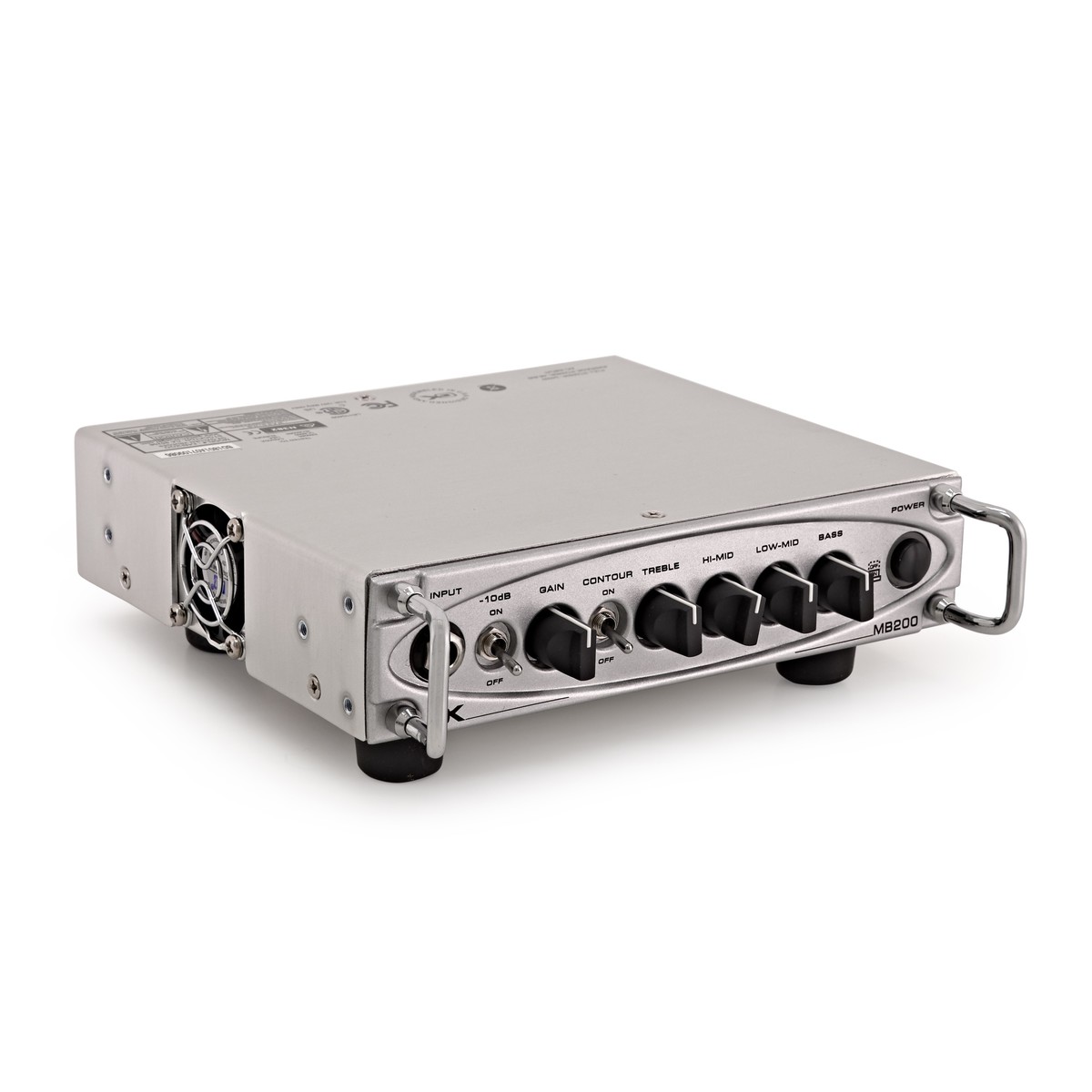 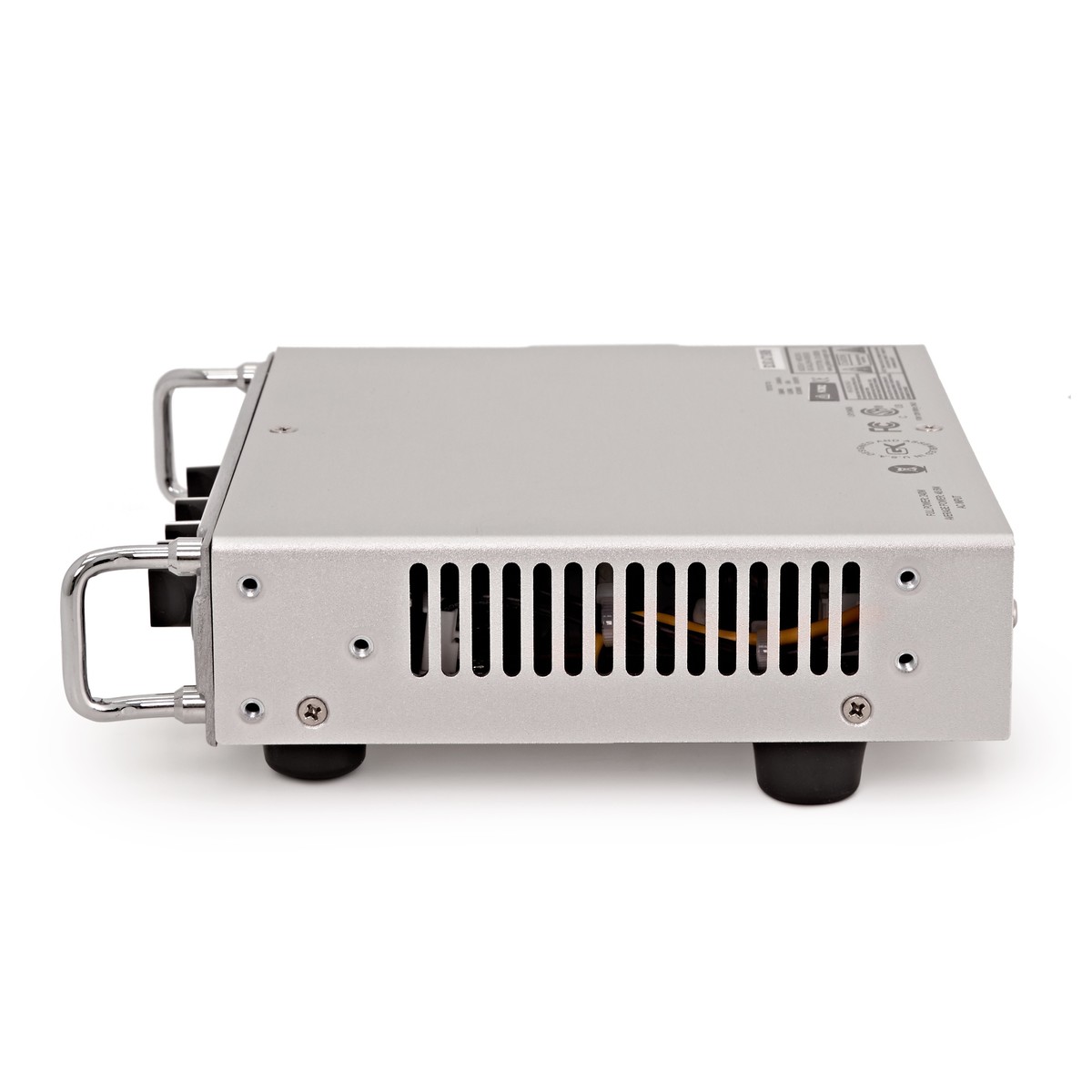 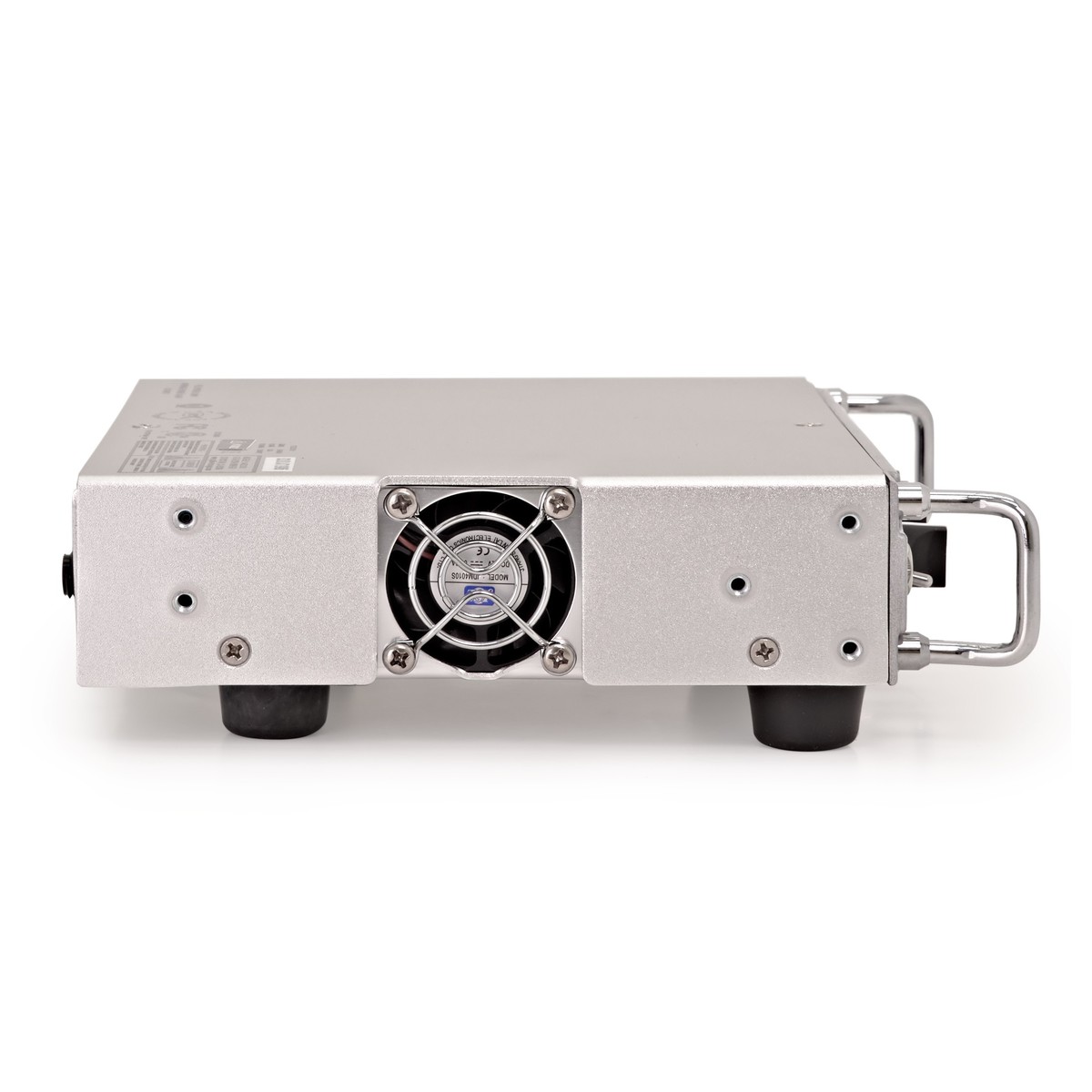 Are you serious about your sound? GK are. They're a company built around the ethos of doing things differently. Never is that more apparent than in the Gallien Krueger MB200 200W Bass Amp Head. Because GK have loaded it with a stack of powerful features that set it apart from any other bass head out there. Even better - it's super compact. At less than a kilogram, the small profile MB200 will fit comfortably into your gig bag. So you can take your unique sound to every gig you go to.

The power it'll give to your playing is, quite simply, gigantic - the MB200 boasts 200 watts. So your basslines won't be getting lost in the mix. It'll also let you shape your tone to the point of perfection. Through GK's active 4-band EQ - a must-have in bass amps since GK invented it in 1982. Experience the portable power that your bass shouldn't be without.

A universe of features - in a unit no bigger than your lunchbox. With the MB200, GK have packed a stack of awesome functions into a compact amp head that'll fit into your bass' gig bag. And it's super-lightweight. You'll scarcely believe jamming so much into such a small piece of gear is possible.

It's your new best friend for the stage. Because not only can you take it from gig to gig easily - it'll make performing a breeze, too. It's straightforward controls are supremely intuitive, making it simple to dial in your ideal tone. And an intelligent self-cooling system ensures that it won't cut out mid-show. Everything you need for live performance.

You've never had it so good. Because there's not a box in the land that strives to give you as much choice over your sound as the MB200. Equipped with Gallien Krueger's legendary 4-band active EQ, it'll let you shape your tone to an extremely intricate level. First developed in 1982, this EQ has become the standard in top-quality bass amp heads. Providing everything from fat, booming lows to sharp, singing highs, it's been the same ever since - it was so good the first time around, GK never need to change it.

There's more. GK have loaded the MB200 with a tonal contour functionality. This brings even more diversity to your sound, helping you to scoop certain frequencies and sculpt your bass' perfect tone. And a headphones input means you can practice shaping your sound whenever - waking up the neighbours won't be an issue.

If there's one word that typifies the Gallien Krueger MB200, that word is loud. It's got a stupefying 200 watts of power for you to unleash into your bass playing. That means that with the right combination of cabs, it's ideally suited for a range of different venues. This is explosive sound to take with you anywhere.