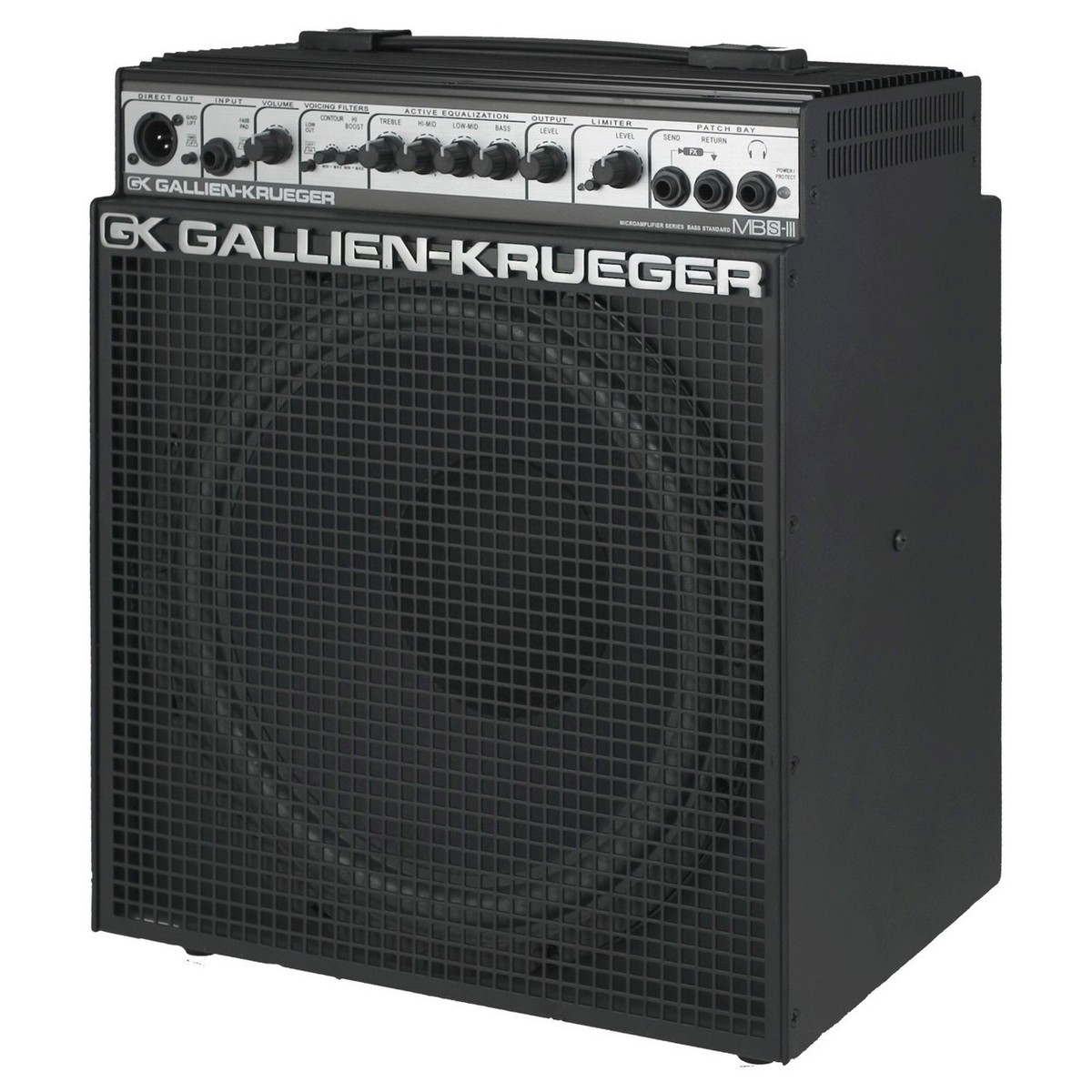 Studio. Stage. Your best bass sound - anywhere. The Gallien Krueger MB 150S-III 100W Micro Bass Combo Amp provides you with pretty much everything you could ever want in a bass amp. Portable and reliable construction? Yep. Tremendous control over your tone? Most definitely. Booming power to make your live playing sound better than ever? You bet.

As The Beatles maybe should've sang, all you need is a GK bass amp. Loaded with a magnificent 4-band active EQ, and numerous voicing options, you'll be able to shape your sound extensively. So finding the perfect voice for your bass, whether you're recording or gigging, is made easy. You can run two cabs from the MB 150S, providing 150 watts of power to your basslines, and ensuring every note cuts through the mix. There's FX in and out. A top quality DI. The benefits are never-ending. This is the musician's choice.

A sensation in the studio

Choose choice. There's a reason countless pro bassists turn to the MB 150S for their recording sessions - it's magnificently versatile. Loaded with GK's famous 4-band active EQ, it'll allow you to shape your tone until it's just right. The MB 150S also features numerous voicing profiles that give you even further control over your sound. A "Low Cut" function eliminates sub tones in the low end to help your bass notes sound sharper, while a "Hi-Boost" feature makes high frequencies sing.

That's far from the end of what this amazing amp can do. FX send and return means you can use the MB 150S as part of an external effects loop. And a top-quality DI ensures you can lay down crisp, precise basslines with sparkling clarity. There's no end to the potential that this can give to your music.

The Gallien Krueger MB 150S is no one trick pony. While it may be fantastic in the studio, it'll bring an immense new dimension to your live performances, too. Not only does it bring all of the aforementioned tone control features to help you sculpt your sound, it's also packed with up to 150 watts of power.

This, basically, means it's loud. A high-clarity 12" ceramic speaker delivers superbly balanced tone and will communicate your basslines clearly and with definition. You can ramp up the volume further - the MB 150S will let you disengage its speaker and double your sonic power by running up to two separate cabs. This all comes in a compact unit that's super-easy to transport. Your ultimate gigging companion.

Reliability. A vital quality that every serious musician looks for when they're selecting their gear. You can be sure with the GK MB 150S Combo that you're getting industry-leading quality that'll perform - night after night. It's been made with only the highest quality components to ensure its status as a long-lasting, road-ready legend of bass sound.

Many players report using their MB 150S amps for decades. Because there's no need to seek out anything else when you're already enjoying the best in bass performance. And it really has been built to last. Its extremely rugged welded aluminium chassis provided maximum protection to the speaker, and can really take a bump. So it's well equipped for the rough treatment that goes hand-in-hand with a demanding touring schedule.