Vox's collection of guitar amps, released in advance of NAMM 2019, expand on every type of tone-generating technology that the company is known for. Amongst this year's lineup is a limited-edition AC15 combo equipped with a Warehouse Guitar Speakers G12C model. This handmade speaker from Kentucky, USA, puts a unique sound on the classic AC15 valve amp and is designed to "put a little bit of Deep South in your British guitar tones."

Looking to the more modern range of Vox's designs, we have the new VX50 GTV - an "unreasonably lightweight" modelling amp powered by Vox's ground-breaking NuTube technology. From the same family comes the compact VX15 GT - a lightweight modelling amp which will "allow you to enjoy playing guitar in any musical scene". 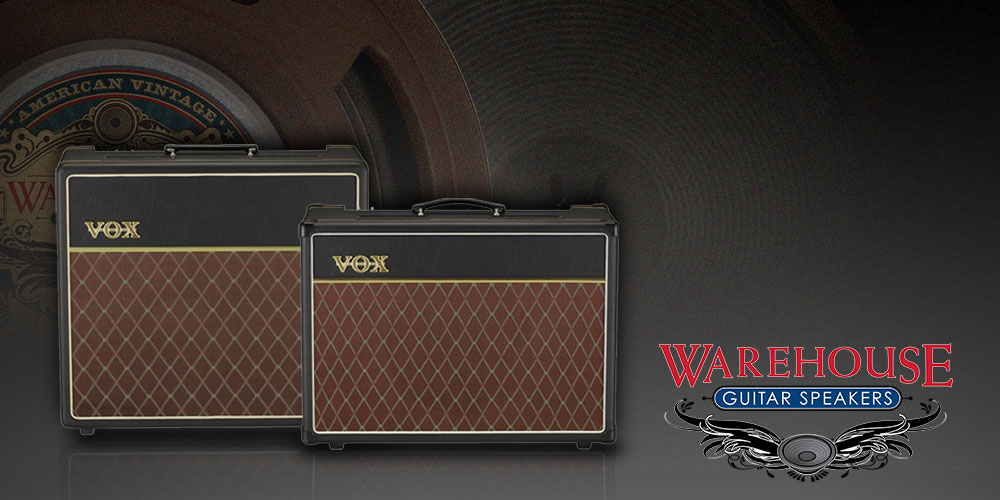 "Put a little bit of Deep South in your British guitar tones."

The AC series is Vox's staple guitar amplifier, and one which countless guitarists have chosen for that classic, British-style chime and breakup. New for 2019, Vox has introduced a new American tonal influence into the AC15 line with two new limited-edition combos featuring handmade speakers from Warehouse Guitar Speakers (WGS).

Based in Kentucky, USA, Warehouse Guitar Speakers makes a wide range of speakers by hand, catering for all sorts of tonal demands. Employed by companies including PRS, Two-Rock, Suhr, Port City, and many more, WGS speakers have fast become one of the go-to choice for companies wanting a little-something-extra in their amplifier designs. WGS's popularity is evident in its pro musician roster, with players such as Brent Mason, Brian Nutter (Keith Urban band), Jimmy Herring, and more choosing WGS to fulfil their tonal requirements. 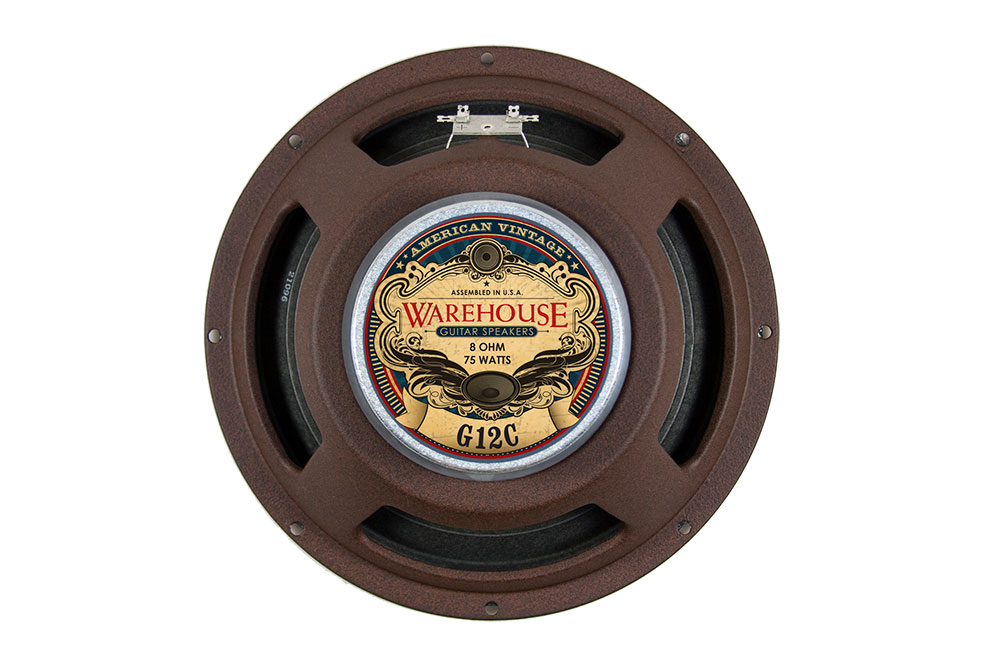 The G12C is WGS's "classic American workhorse." As a member of the American Vintage Series, the G12C provides a "punchy, dynamic low end response coupled with a musically articulate top end [to] give the G12C plenty of muscle while keeping it touch sensitive." WGS

Combining an American-voiced speaker with a classic British-voiced amp like the AC15 sounds like a match made in heaven, and if you're in the market for something a little different, these new combos are well worth trying out.

The limited-edition AC15 is available as the standard AC15C1-G12C and the AC15C1 Hand Wired Combo. Both models feature the familiar twin-channel AC15 design - first introduced in 1958 and featuring Normal and Top Boost channels. The limited-edition models also have a vintage-style tolex for a more refined appearance. 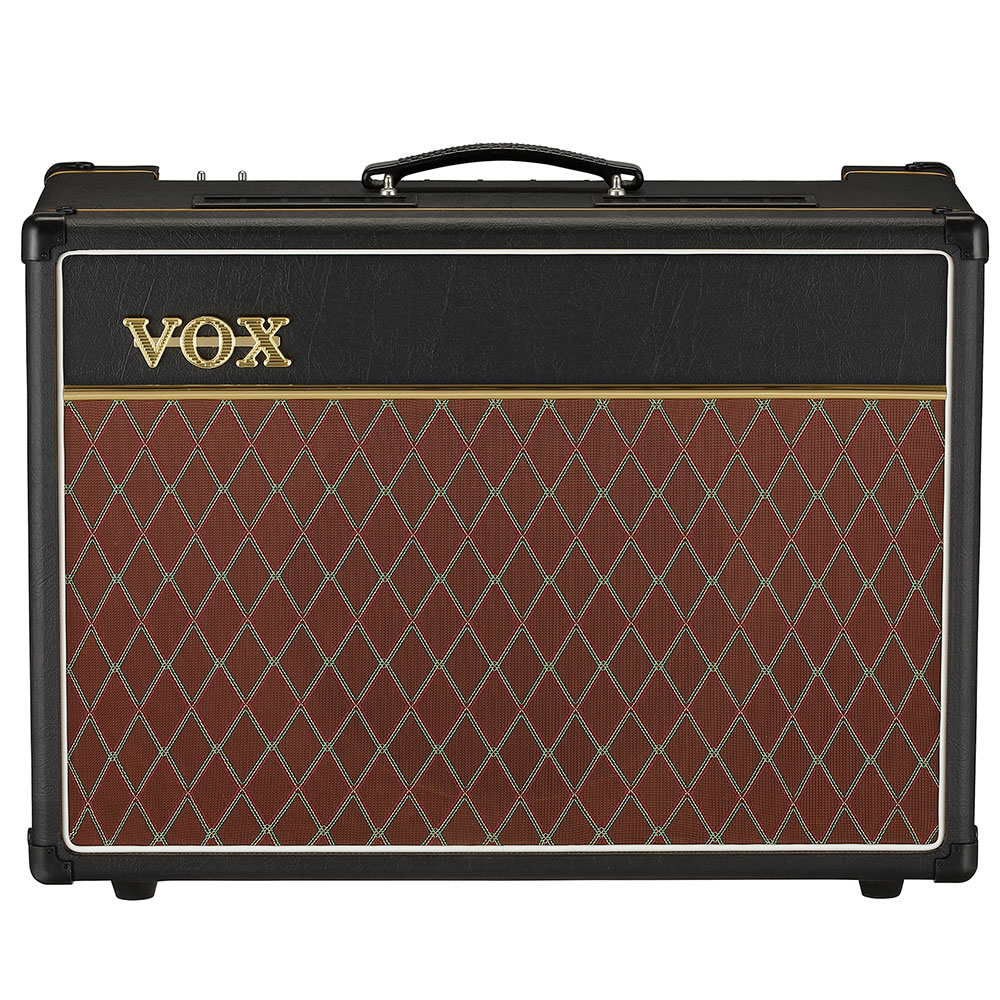 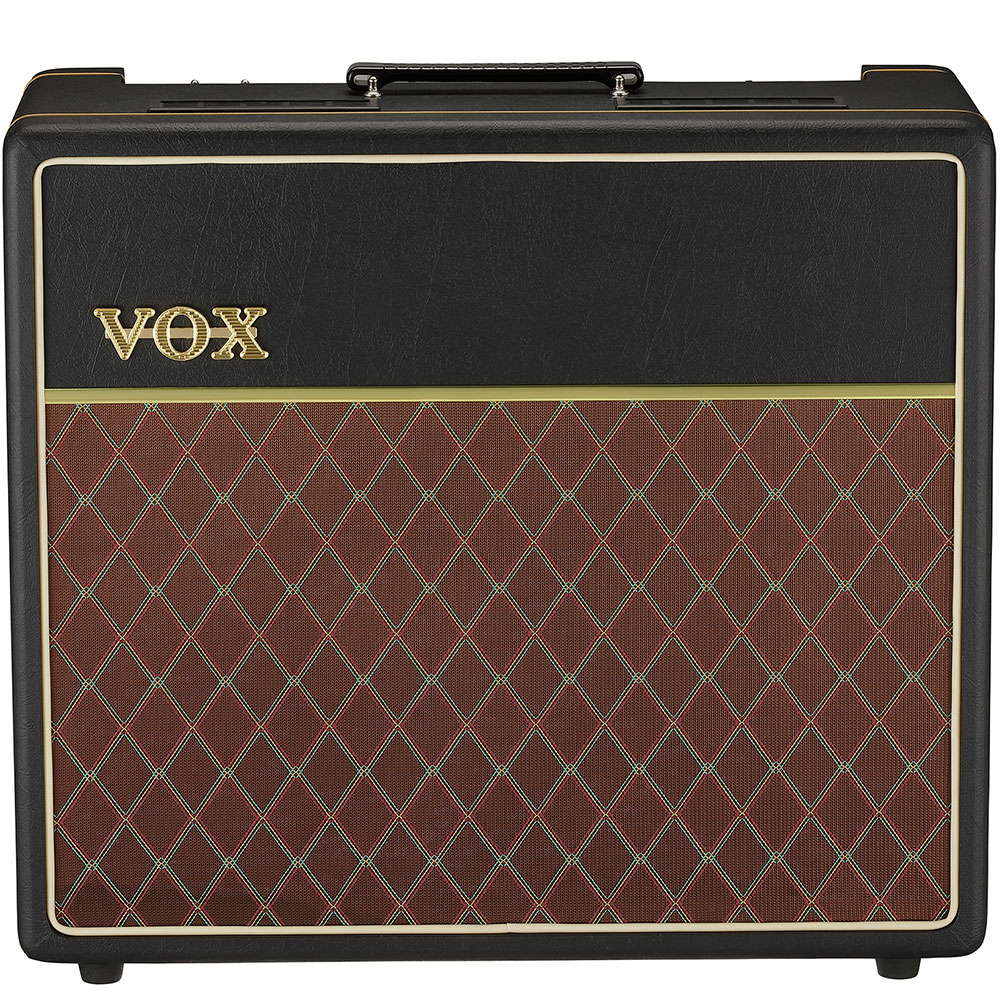 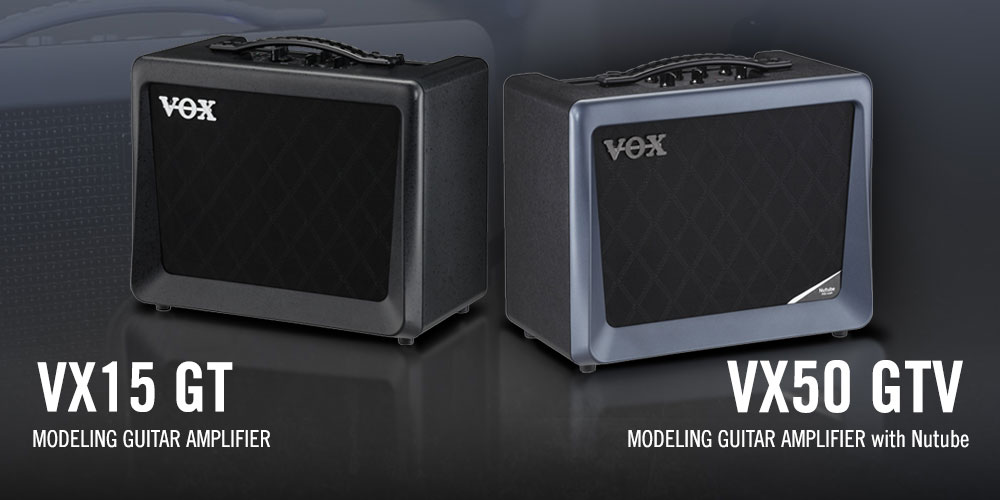 The new VX50 GTV is a new modelling combo from Vox, featuring 11 amp models, 8 effects, a specially-designed lightweight internal structure, and next-generation Nutube technology for the organic feel of valves in a much more compact and reliable design. In Vox's words, the VX50 GTV was " born from a desire to open up new possibilities for guitar amps."

Featuring Vox's VET (Virtual Element Technology), the VX50 GTV delivers "unprecedented realism", with amp models covering all genres from the AC30 and other famous tube amps to modern high-gain designs, rare boutique amps, and everything in-between. Eight effects types give you a gig-ready sound, straight out the box, while USB connectivity allows you to record direct to PC/Mac and edit sounds remotely.

With its super-lightweight design and huge array of on-board technology, the new VX50 GTV looks set to become a perfect amp for gigging, rehearsing, recording, and playing at home.

" Overturning existing ideas of guitar amps, the VX50 GTV will allow you to enjoy playing guitar in any musical scene." VOX

The new VX15 GT is an update to the popular VXI. Featuring much of the digital technology as mentioned above for the VX50 GTV, the VX15 boasts a huge array of tones in an incredibly compact and lightweight design. The only major differences to the VX50 GTV are lower 15-watt output, more portable chassis, and absence of NuTube & USB.

With the same ABS chassis design as the VX50 GTV, the VX15 GT is an incredibly lightweight amp with maximum projection and minimal energy wastage. A ported-design provides a full low-end, ensuring the VET modelling technology is conveyed with maximum detail.

11 amp models and 8 effects types are provided to cover any musical eventuality, while the additional LINE input supports both electric and acoustic guitars.  Other useful functions include a tuner, line/headphone out with built-in cab-sim for silent practice and recording, AUX in for jamming to your music, and an optional footswitch for changing program and turning effects on/off - ideal for live performance and rehearsals. 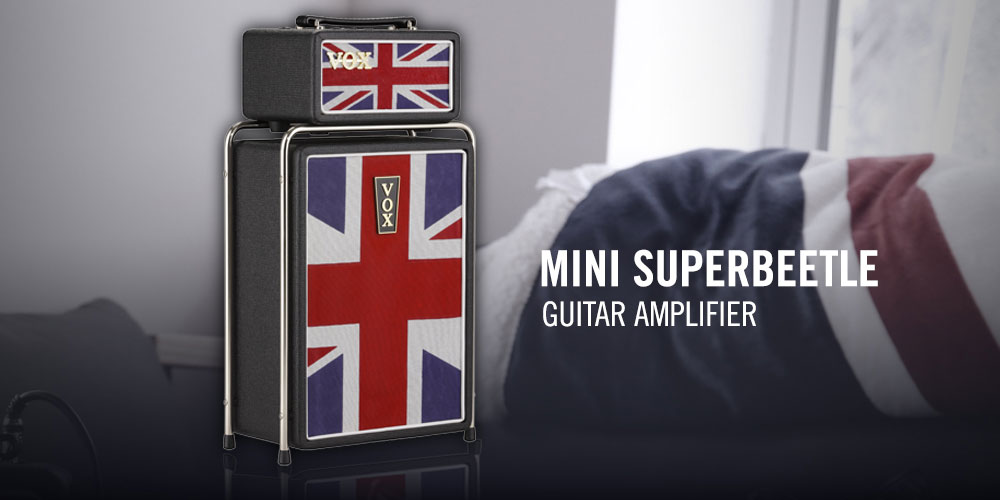 Last year's Vox Mini Superbeetle made significant waves with its mini yet mighty sounds. Featuring a NuTube and an effortlessly-cool mini-stack design, the Superbeetle delivered both great sounds and great looks, quickly becoming one of the most irresistible amps of the year.

New-for-2019, Vox has taken the '60s charm even further with the limited-edition Union Jack edition Mini Superbeetle. The special Union Jack grill cloth brings even more rock 'n roll finesse to this compact amp, and will be sure to make it the talking point at any session. 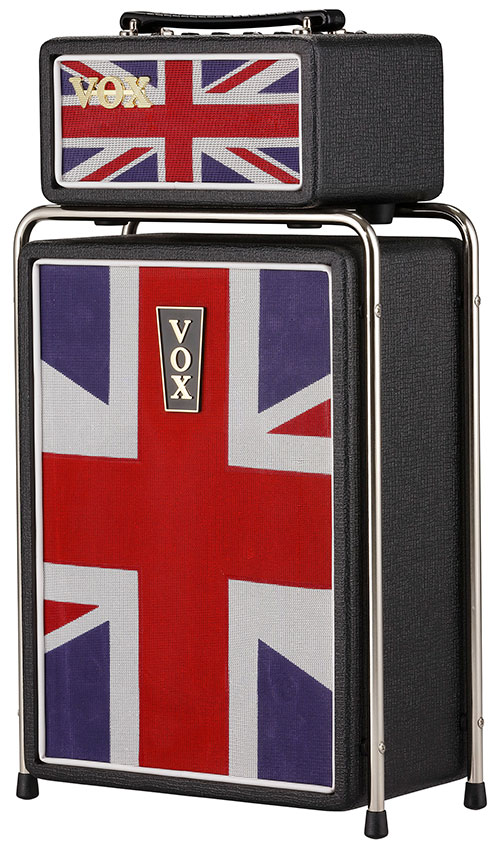 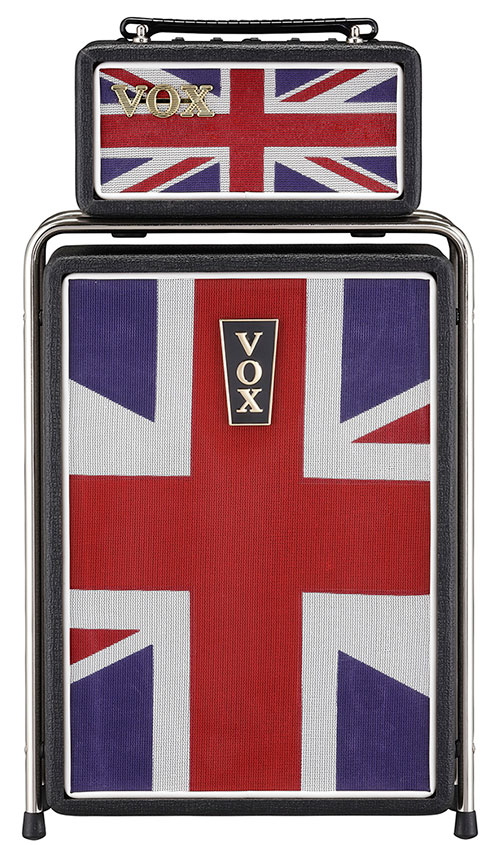 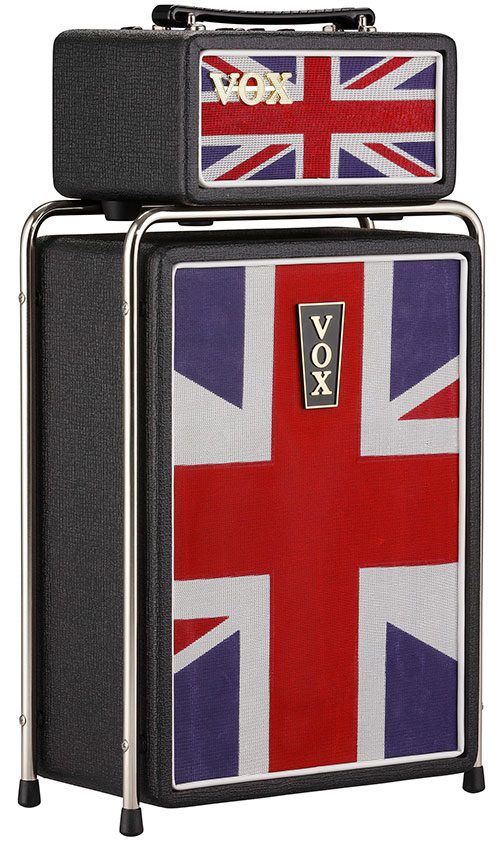 The Mini Superbeetle isn't just about the looks, either. With "serious specifications" including a 50W output for gigging volume levels, NuTube-equipped preamp for real valve tone, built-in tremolo & reverb, and a 10" Celestion speaker, the Mini Superbeetle is perfectly suited for gigging, playing at home, or whatever else you throw at it. 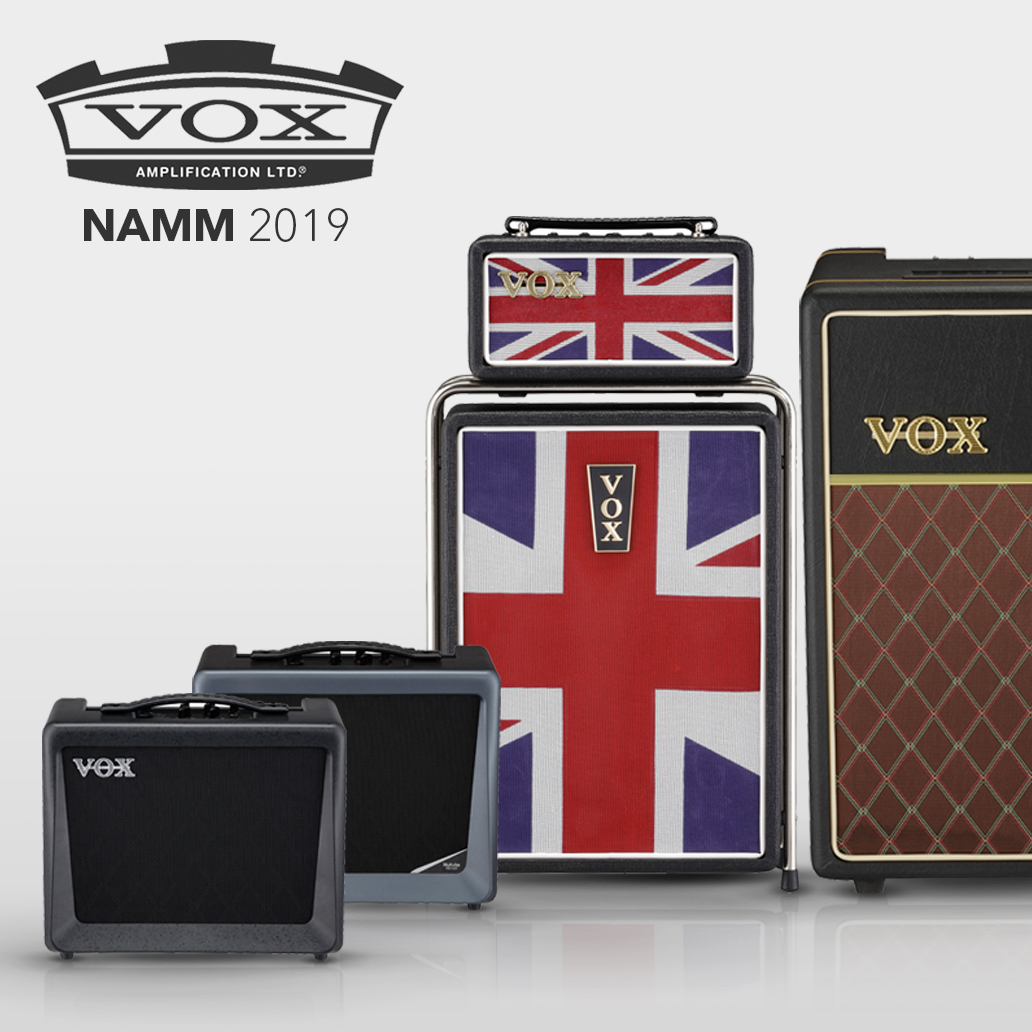 In collaboration with Shure we're giving away FOUR pairs of SE Sound Isolating Earphones. Enter before 24th August for your chance to win.

Want to record massive guitars but don’t know where to start? We’ve picked 5 microphones that will help you get great results, no matter what your setup.

The Looperboard from Headrush is now at v2.0, giving it incredible new vocal autotune, harmony, enhanced looping, and much more.

RANE TWELVE MKII and SEVENTY-TWO MKII - Get ready for battle

The third iteration of the world's most popular MIDI keyboard is here, and it's better than ever. The MPK Mini MK3 is ready to enter homes and studios across the world.

Extended range guitars provide one of the best ways to unlock new possibilities in your sound. We're covering how each of these unique guitars can revolutionise your playing experience.

Whether you’re a singer-songwriter, guitarist, or just passionate about making music – looper pedals provide players with a platform of infinite possibilities. Here are our top 10 picks for the one-man-band in all of us…

Get a FREE Pair of Eris E7 Monitors when you Buy ANY StudioLive S-Series Mixer!

For a limited time only, customers who buy any StudioLive S-Series Mixer from an authorised PreSonus dealer are entitled to a free pair of Eris E7 Monitors - saving over £00*