The Moog Etherwave Theremini Miniature Theremin features built-in speakers, delay and a pitch correction function, which makes it impossible to play a wrong note by playing every note in a selected scale perfectly. Pitch correction can be altered so that the Theremini will play like a traditional Theremin if required.

Other built-in features include a tuner and preset section, allowing you to choose between 32 sounds and store your settings.

We get a hands on preview with the Theramini at NAMM 2014. 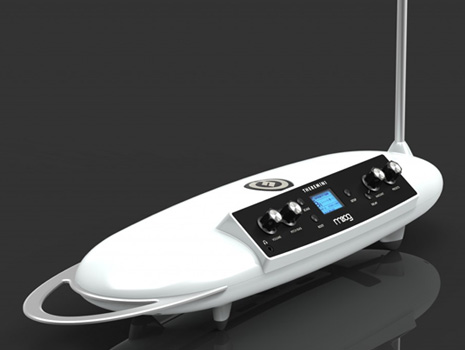 Stay up to date with all the latest launches from NAMM and be the first to hear about music news and competitions by following Gear4music on Facebook and Twitter.

Want to record massive guitars but don’t know where to start? We’ve picked 5 microphones that will help you get great results, no matter what your setup.

The Looperboard from Headrush is now at v2.0, giving it incredible new vocal autotune, harmony, enhanced looping, and much more.