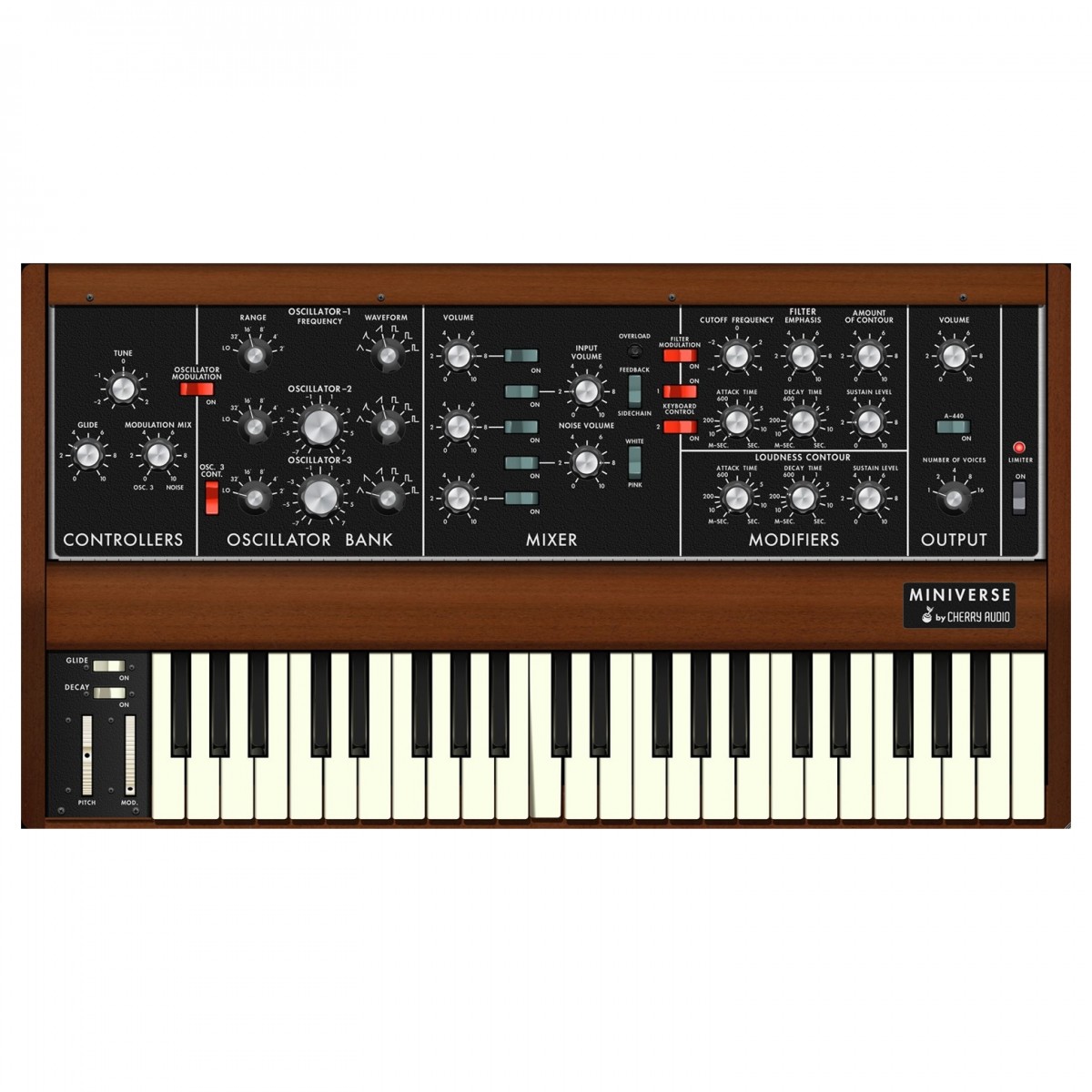 Once confirmation has been received that your payment has been successful from your chosen payment method provider, then we can process your order and send your email containing your unique code and instructions on how to download the software from the Supplier.

When completing the checkout, please make sure that your email address is accurate so that we can get this to you as quickly as possible.

14-day money back guarantee included if product is not activated

14-day money back guarantee included if product is not activated

You can purchase from Gear4music with complete confidence and peace of mind. All of our digital products come with a 14-day money-back guarantee as standard.

If you decide you don't want your order, you can return it within 14 days of receiving it. Provided your product hasn't been activated in that time, you can exchange it for a different product, or get a refund.

We will only issue a new product or refund if the supplier confirms that your product has not been activated. At the same time, we will ask them to invalidate it so that it cannot be used in the future.

This does not affect your statutory rights.

For more information, please refer to our Returns and Refunds Information.

Eligibility for Money Back Guarantee

Important: For hygiene and software licensing reasons, some items are only eligible for our Money Back Guarantee if they are returned to us unused and sealed in the original packaging with all software still "unregistered." Details of exclusions are shown within the product descriptions. Products include:
- Monitors and Headphones
- Earplugs and Ear Protection
- Reeds and mouthpieces for woodwind and brass instruments
- Mouth and Lip-Care Products
- CDs, DVDs and Software

Spend another £5.68 to spread your payment with Klarna. No fees.

Cherry Audio Miniverse is a painstaking recreation of a world-famous American synthesizer, now in plug-in format. Released to the world in 1971, the impact this synthesizer had cannot be understated. Laying the groundwork for iconic bands and artists such as Kraftwerk, Gary Numan, and Pink Floyd among many others, it's perhaps the most well-loved analog synthesizer ever made. Created in collaboration with Mark Barton (MRB), the Cherry Audio Miniverse has been meticulously-modelled to include every nuance and response of the hardware counterpart to deliver an indistinguishable experience for your productions.

Capable of producing a wide range of sounds, the Cherry Audio Miniverse will quickly become your workhorse studio synthesizer. The secret to the classic fat and punchy analog sound you hear on all of your favourite records, Miniverse's meticulous recreation of the original VCA and oscillators are capable of producing anything from searing leads, and funky bass lines to atmospheric pads.

Remaining true to the original where it matters in both sound and response, the Miniverse accounts for the needs of modern producers in other facets. MPE support, comprehensive MIDI integration with your DAW and Preset and Global level MIDI mapping are all included to enable the freedom to integrate Miniverse into your future productions with ease.

Please Note: This product comes in the form of a digital download code that will be sent to your email for activation.

Take your productions to the next level

Boasting an undeniable impact on the world of not only synthesizers, but music production, the Miniverse is a stunningly accurate recreation of a vintage American synthesizer. Since its inception, the popularity of this synthesizer has only grown over the years, and with good reason. Setting the standard for the future of synths, the Miniverse harnesses the power of the vintage hardware that was the cornerstone tool for bands such as Kraftwerk, Herbie Hancock, Rick Wakeman, Pink Floyd, Gary Numan among many others.

Accurately modelling the oscillator stage offers up to six waveforms to choose from, creating the signature warmth and harmonic saturation you've come to expect. In traditional Cherry Audio fashion, the Miniverse captures all of the analog inaccuracies and character, including the musical overdrive and distortion in the VCA section, making it ideal for electronic music producers seeking a monstrous lead to sit over the top of pounding drums and bass.

Passing through the mixer stage, you are presented with the ability to introduce musical pink noise or harsh white noise signals alongside your sound, adding extra saturation and harmonic content to cut through dense mixes. Lying in the modifiers section, the Miniverse includes the ADS envelope, letting you customise the transient response of your tone. Excellent for softening harsh transients or eliminating them entirely, here you can transform your sound into a soft atmospheric pad that's ideal for cinematic textures and soundscapes. If that wasn't enough, the Miniverse includes the classic four-pole, 24dB/oct ladder filter to sculpt and shape your tone or to add an extra layer of resonance in the low frequencies, building energy and excitement in your mix.

Where the Miniverse is undeniably improved over the original unit is the increased number of voices capable at any time. Miniverse is now able to dial in two, four, eight or even sixteen polyphonic voices! Truly a must-have for avid sound designers and vintage synthesizer enthusiasts, purchasing a vintage original or hardware replica, you'll be expected to pay several thousands of pounds. Fortunately, the Cherry Audio will cost only a fraction of the price all while delivering immaculate and authentic sound quality, without ever breaking down and needing repair.

Discover the secret to larger than life vintage tones

Meticulously modelled with every original feature, the Miniverse includes Feedback and Sidechain modes within the mixer section, opening up new tonal possibilities. A tip from the maker himself, Bob Moog, you could use the External output and inputs to send your signal back through the synthesizer on the hardware counterpart. Replaced in the digital realm by the Feedback and Sidechain modes, you can alter the signal path of your sound to send it back through the mixer section until you just about reach overloading levels. The result of this is a huge, fat and thick sound that's perfect for electronic dance music producers looking for a screaming lead tone or thunderous bass sound.

While vintage hardware synthesizers amaze us with their charm and character, they are often lacklustre with features or functionality. Fortunately, in the digital realm, Cherry Audio can take advantage and create indistinguishable tones and performance whilst also increasing the flexibility to meet the demands of modern producers. Going above and beyond what would ever be possible on a vintage hardware synth, the Miniverse includes the newly designed Preset MIDI mapping, offering the ability to save custom MIDI controller mappings to individual presets, globally or both! Now, no matter what studio you're in or what controller you're using, you can instantly recall your favourite configuration to get familiar with and perform to your best. Performing at your best is also made possible with the MPE support offered by Miniverse. Using a compatible MPE controller, you can create highly expressive performances by controlling multiple parameters such as pitch bend and vibrato individually with every note played. In the studio, you can freely perform melodies, solos and accompaniments without any restrictions placed upon you.

Not content with stopping there, Cherry Audio have also included their highly-regarded focus zoom-in feature and user-adjustable oversampling control to finely dial in settings for your project. All of this is packaged in an optimised plug-in that delivers the stunning audio you've come to expect from Cherry Audio without ever infringing on your CPU processing power, even in less powerful machines.