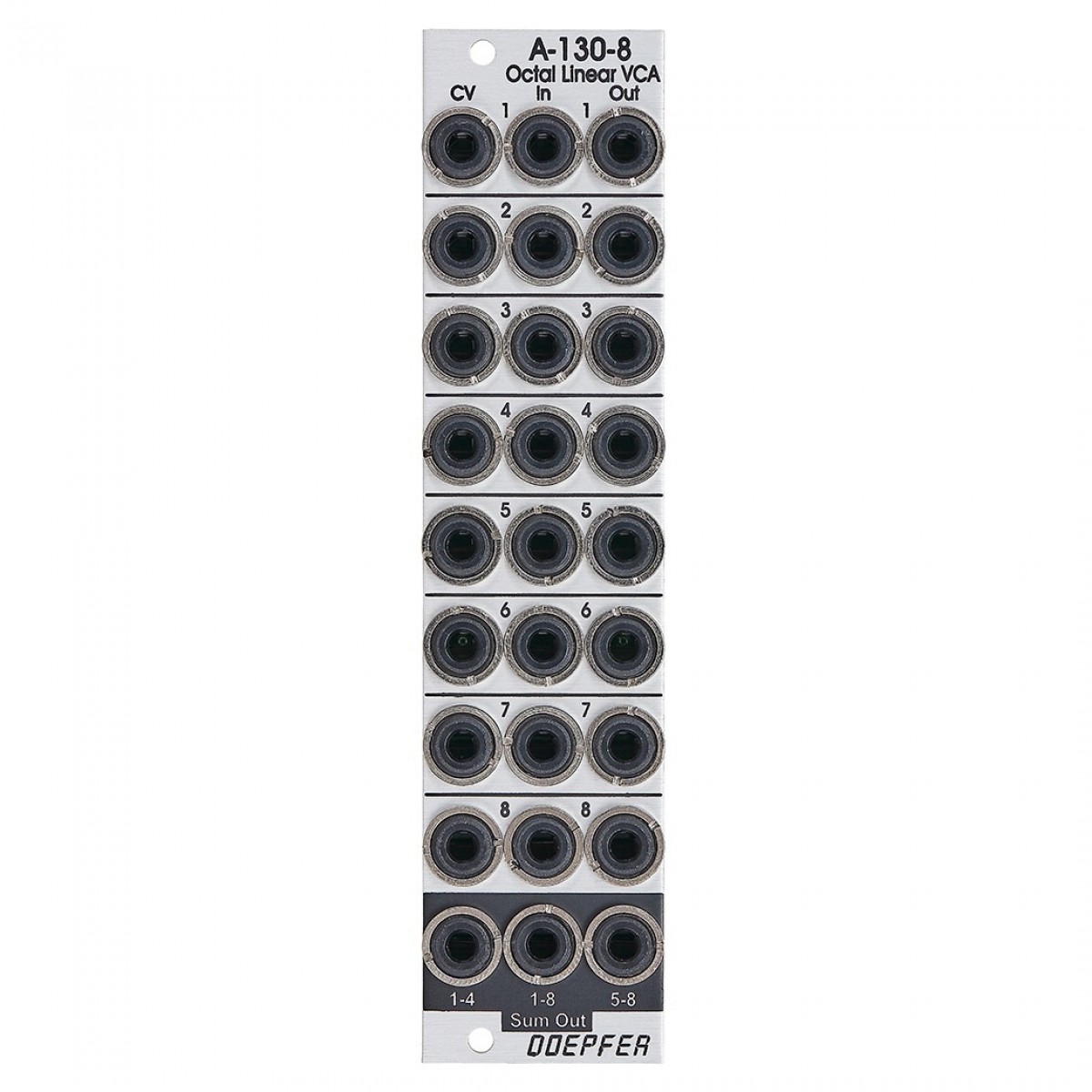 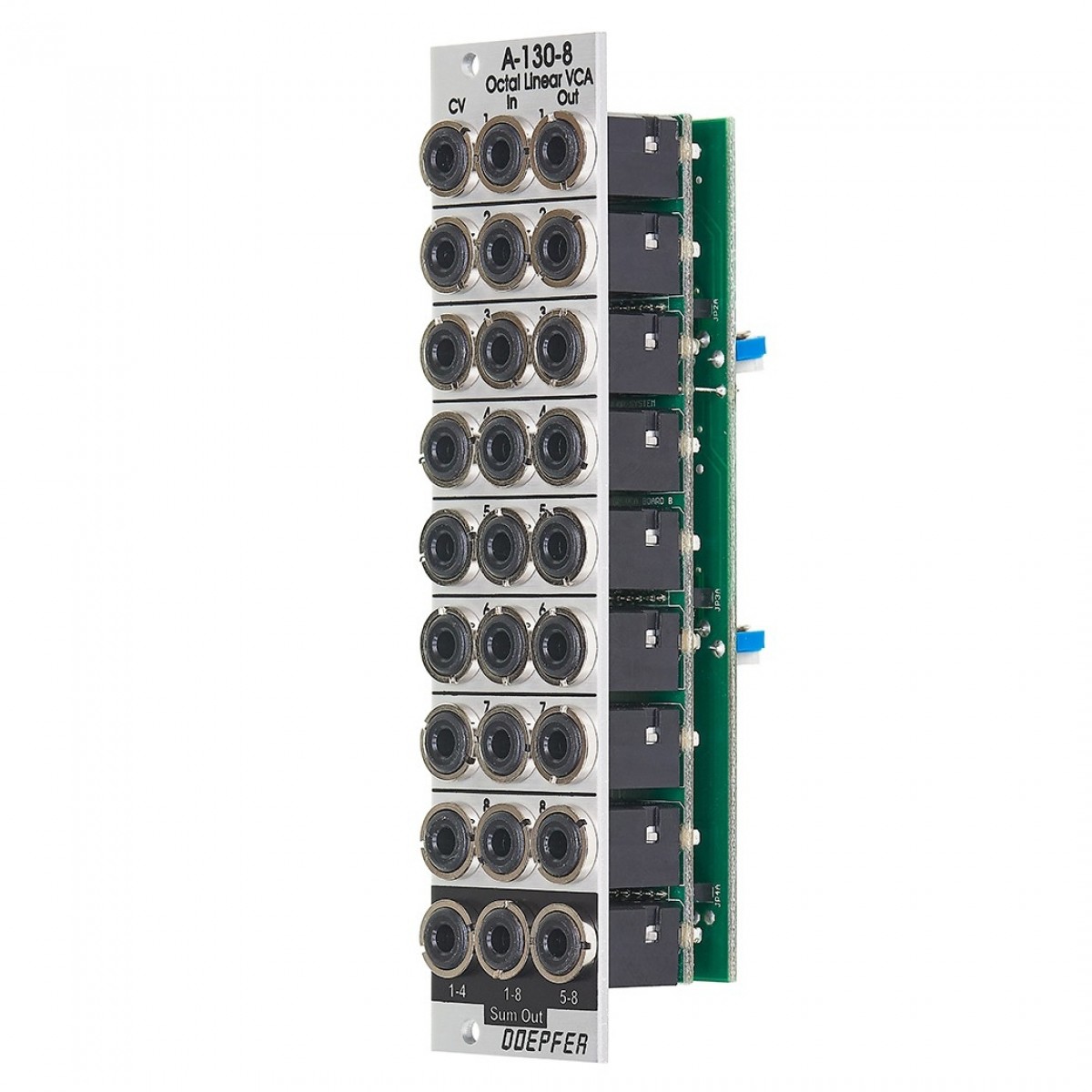 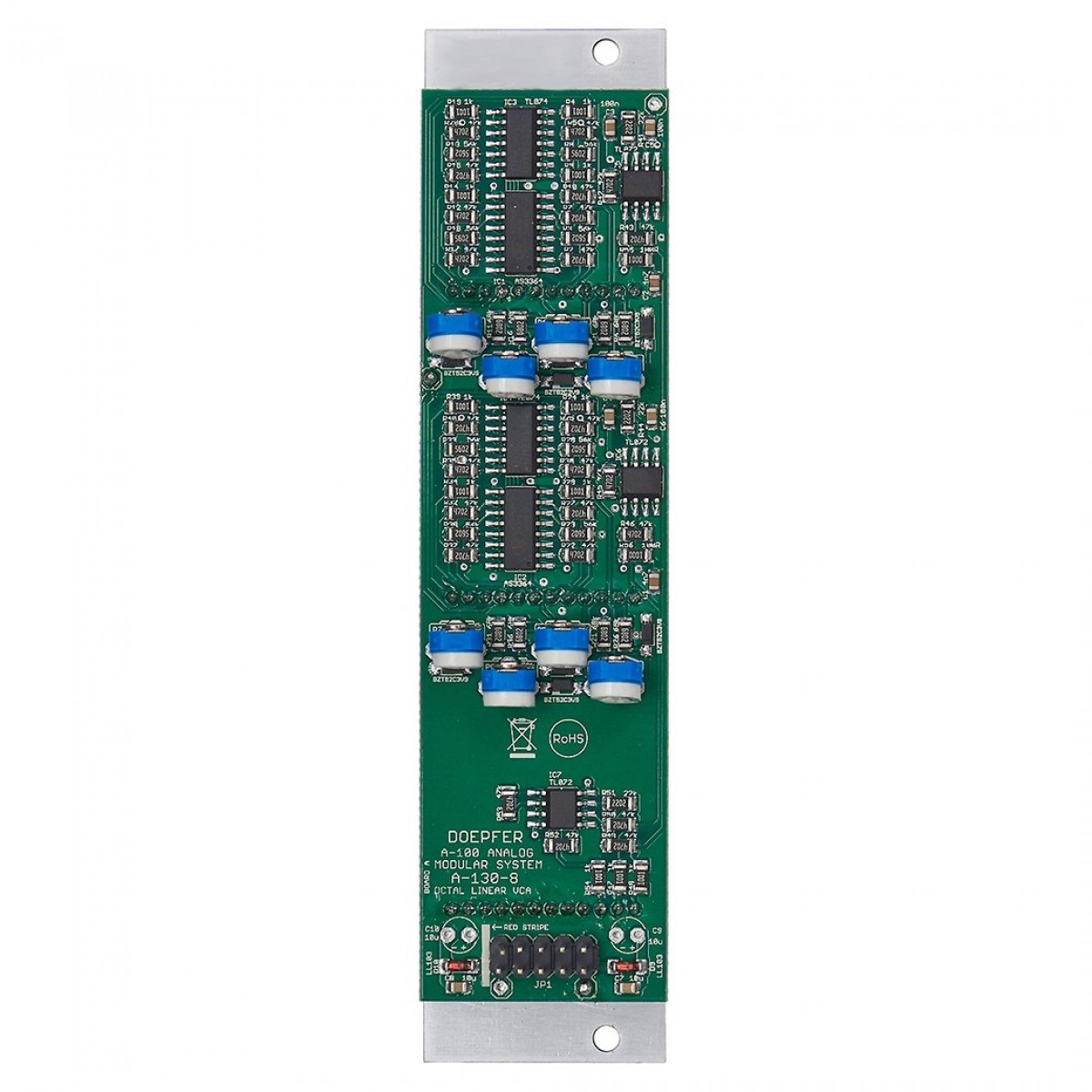 This product will be available for purchase soon

Create room for the A-130-8. The Doepfer A-130-8 Octal Linear VCA / Voltage Controlled Mixers contains eight linear voltage-controlled amplifiers (VCAs). Each of the VCAs features a control voltage input, signal input and a signal output.

The signal inputs are capable of withstanding levels up to 10Vpp before clipping, whilst each CV input is equipped with a trimming potentiometer to adjust the sensitivity. Each VCAs amplification ranges from 0 to 1, with the sum outputs signal having a lower amplification to compensate for distortion.